Fifty years ago, the first gay and lesbian group at a Canadian university met on U of T campus 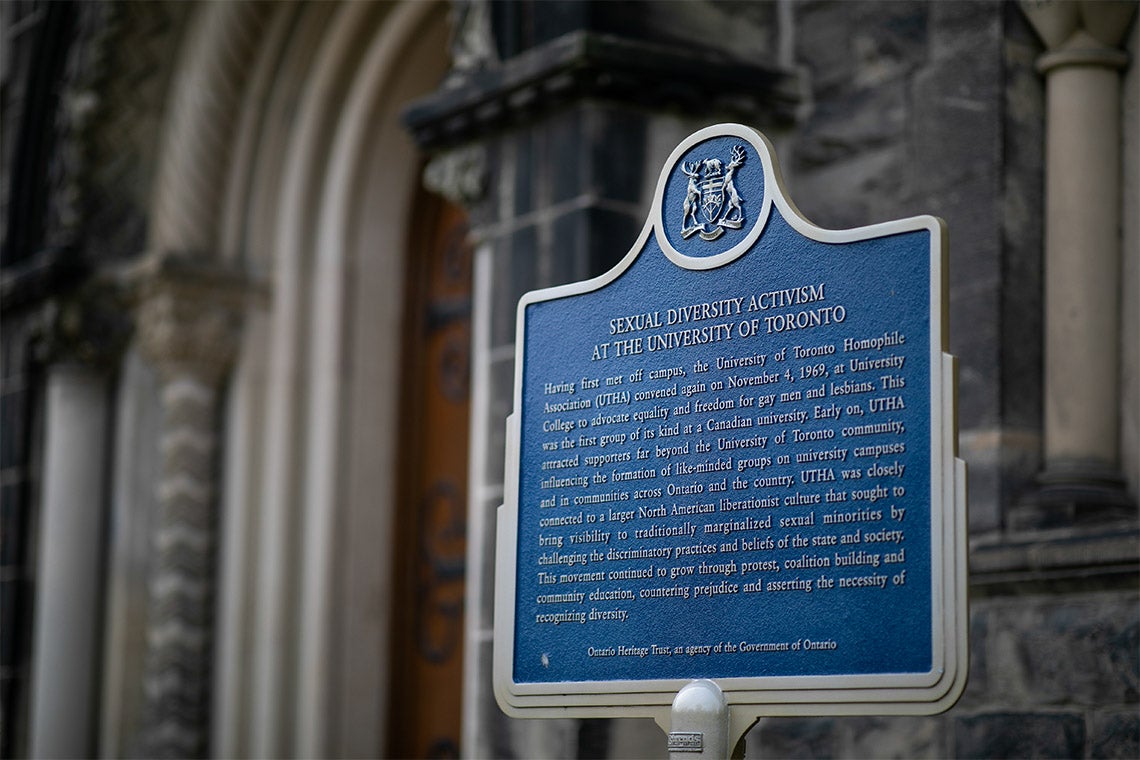 A plaque at University College marks the date when the University of Toronto Homophile Association first convened on campus, making it the first gay and lesbian group at a Canadian university (photo by Nick Iwanyshyn)

It was 50 years ago today that 15 men and one woman met in a room at University College to form what would become the University of Toronto Homophile Association – the first gay and lesbian student group on any Canadian university campus.

The date – Nov. 4, 1969 – was commemorated with a plaque in 2011 that is located on the east side of University College facing Hart House Circle. Sponsored by U of T’s Bonham Centre for Sexual Diversity Studies and the Ontario Heritage Trust, it was Ontario’s first LGBTQ-related provincial plaque.

In his book The University of Toronto: A History, University Professor Emeritus Martin Friedland writes that the U of T Homophile Association was founded by Jearld Moldenhauer, who was a researcher in the Faculty of Medicine and founder of the Glad Day Bookstore in downtown Toronto.

Citing the writings of David Rayside, a professor emeritus in the department of political science who has been involved with sexual diversity studies at U of T since its beginnings, Friedland says the group established a significant community profile in Toronto and challenged issues of discrimination and policing, among other issues. The group’s first chair – Charlie Hill – became a well-known community organizer and activist who later worked as a curator for the National Gallery of Canada.

The U of T group influenced the formation of similar organizations in Ontario and across Canada.