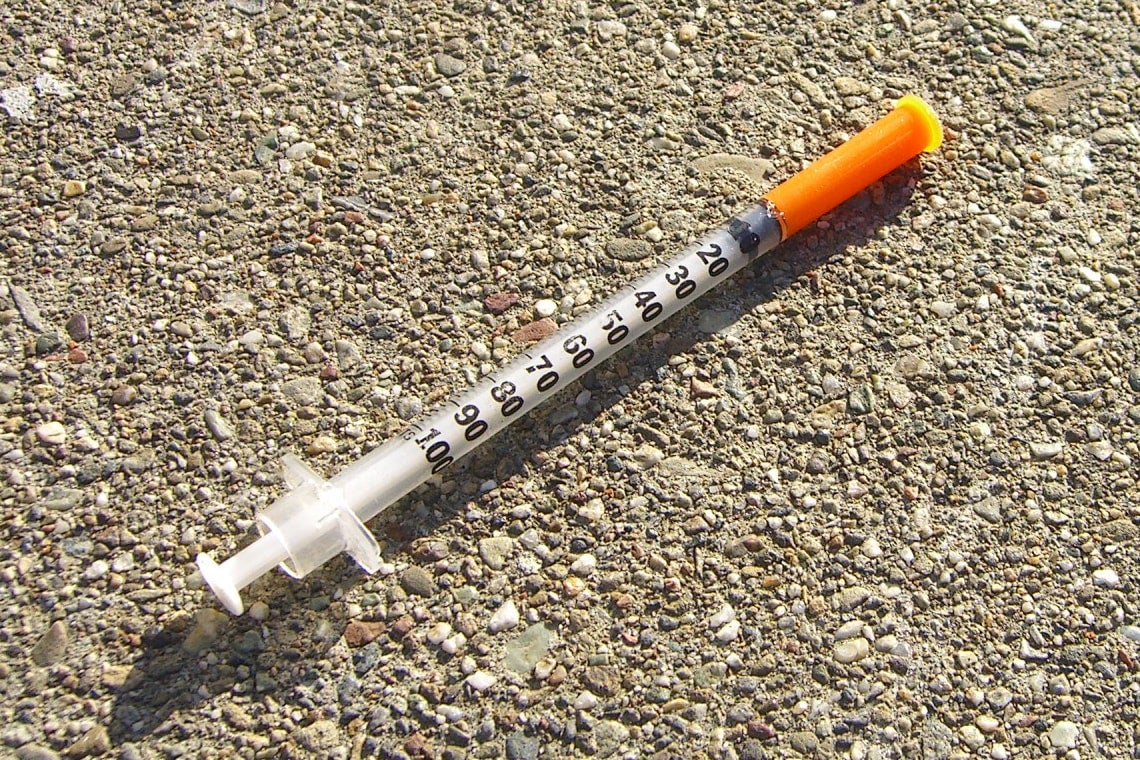 Syringe left on the street (photo by eric molina via Flickr)

Across Canada and the United States, rates of overdose from opioid drugs including fentanyl have skyrocketed in recent years.

The situation in British Columbia led the province to declare a public health emergency after 200 overdose deaths in the first four months of 2016.  And this past summer, Toronto's former medical officer of health, Dr. David McKeown spoke to Toronto City Council in favour of creating supervised injection services to help address overdose-related deaths in Toronto, which climbed to an all-time high of 252 in 2014.

This week, Ontario’s Minister of Health agreed to fund three sites in Toronto.

Carol Strike, a professor at the Dalla Lana School of Public Health, and Dr. Ahmed Bayoumi, a professor at U of T's Institute of Health Policy, Management and Evaluation and a clinician-scientist at St. Michael’s Hospital, have studied this issue and underlined Toronto’s need for these services.

Five years after they first published research that Toronto would benefit from supervised injection facilities, recommendations are being implemented by policymakers, and safe-injection services will be available in Toronto within the next “several months.”

U of T's Nicole Bodnar spoke with Strike and Bayoumi about the need for supervised injection services.

What are supervised injection services?

Ahmed Bayoumi: Supervised injection services (SIS) are legally sanctioned spaces where people can inject illegal drugs, typically opiates or cocaine, under the supervision of trained health staff and without fear of arrest. These services allow for safer injection, and scientific evidence shows that they lead to a reduced number of overdoses, increased referrals to drug treatment and benefit public order.

There are more than 90 of these operating globally, most within nine European countries, one in Australia and two in Vancouver. There have also been reports of pop-up locations in Vancouver and Victoria.

Ahmed Bayoumi: Research has shown that supervised injection services reduce public drug use and drug-related littering, and decreases the number of overdoses and risky injection practices. They also provide an important way to refer people to drug treatment, and health and social services. They are a cost-effective way to improve the health of people who use drugs.

Where are the proposed locations of supervised injection services in Toronto?

Ahmed Bayoumi: The facilities will be located at Queen and Bathurst, near Yonge and Dundas and in Leslieville.

Toronto carefully selected the locations of these services to be in communities where rates of injected drug use are high, and more than 80 per cent of Torontonians who participated in recent surveys noted that supervised injection services would bring benefits to these communities.

This is an excellent example of fitting the service to the real, unmet needs of people who use drugs.

Will people living in these neighbourhoods notice a difference?

Carol Strike: Already, there are more than 50 places across the city – community health centres, public health, social service organizations etc. — that offer harm reduction service where people access needle and syringe distribution programs every day. For over 30 years, these facilities have integrated so well into their neighborhoods that they have gone largely unnoticed. Operating quietly but efficiently helps to address the stigma associated with drug use.

Because supervised injection is an extension of these services and will be opened in facilities with a wealth of experience in harm reduction, we expect they will not significantly change surrounding communities – except by decreasing public drug use, which benefits everyone.

Will people use them?

Carol Strike: When Vancouver’s first supervised injection site, Insite, opened, there were wait lines immediately. There is similar high demand for a recent pop-up site opened by community activists in Vancouver. In Toronto, people inject in places that are not always clean or safe, and where they may not be able to get help if they need it.

What happens if Toronto does not provide supervised injection services?

Carol Strike: If we do not provide a safe space, we are ignoring a problem that will only getting worse – more people will overdose, and we will fail to prevent infections such as hepatitis C and HIV.