Family caregivers traumatized by COVID-19 lockdowns that limited access to those in long-term care: study 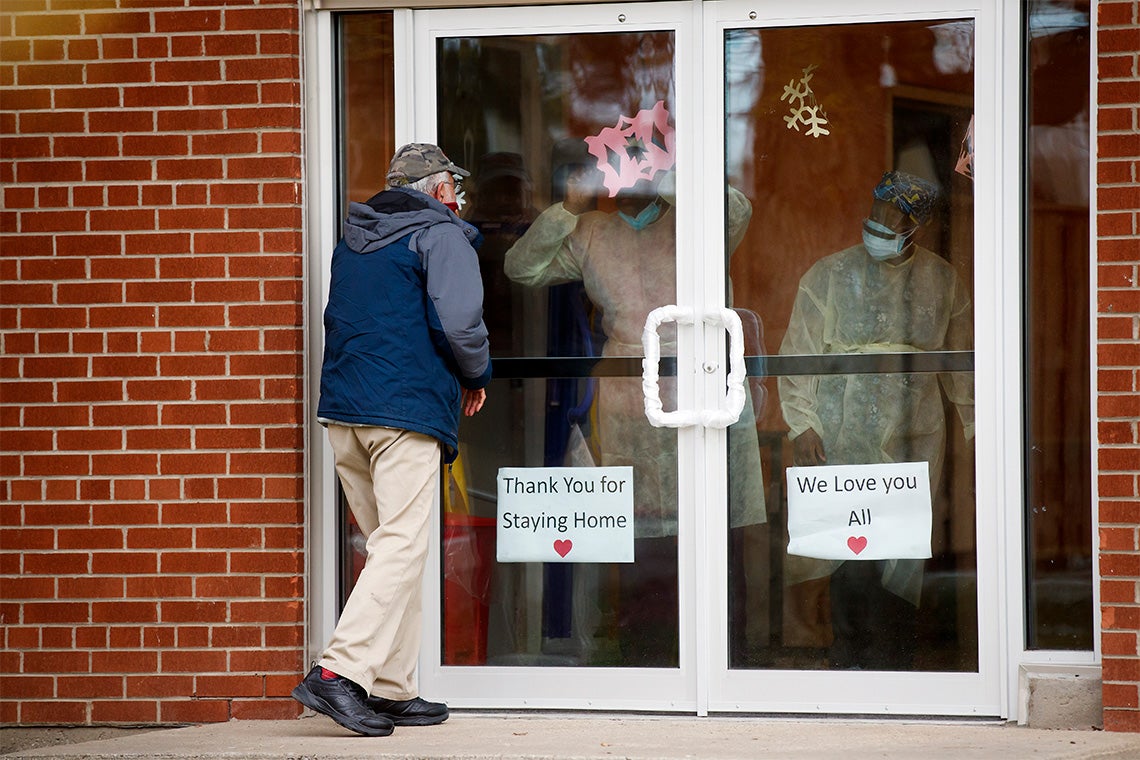 Essential family caregivers suffered “collective trauma” due to COVID-19 lockdowns that hampered their ability to see and care for loved ones in long-term care settings, new research co-authored by the University of Toronto's Charlene Chu suggests.

In studies recently published in the Journal of Applied Gerontology and International Journal of Qualitative Studies on Health and Well-being, Chu, an assistant professor in the Lawrence S. Bloomberg Faculty of Nursing, and her co-author Vivian Stamatopolous of Ontario Tech University interviewed family caregivers in Ontario and British Columbia. They found that poor technology, infrastructure and planning in long-term care facilities made it hard for caregivers to properly look after residents. 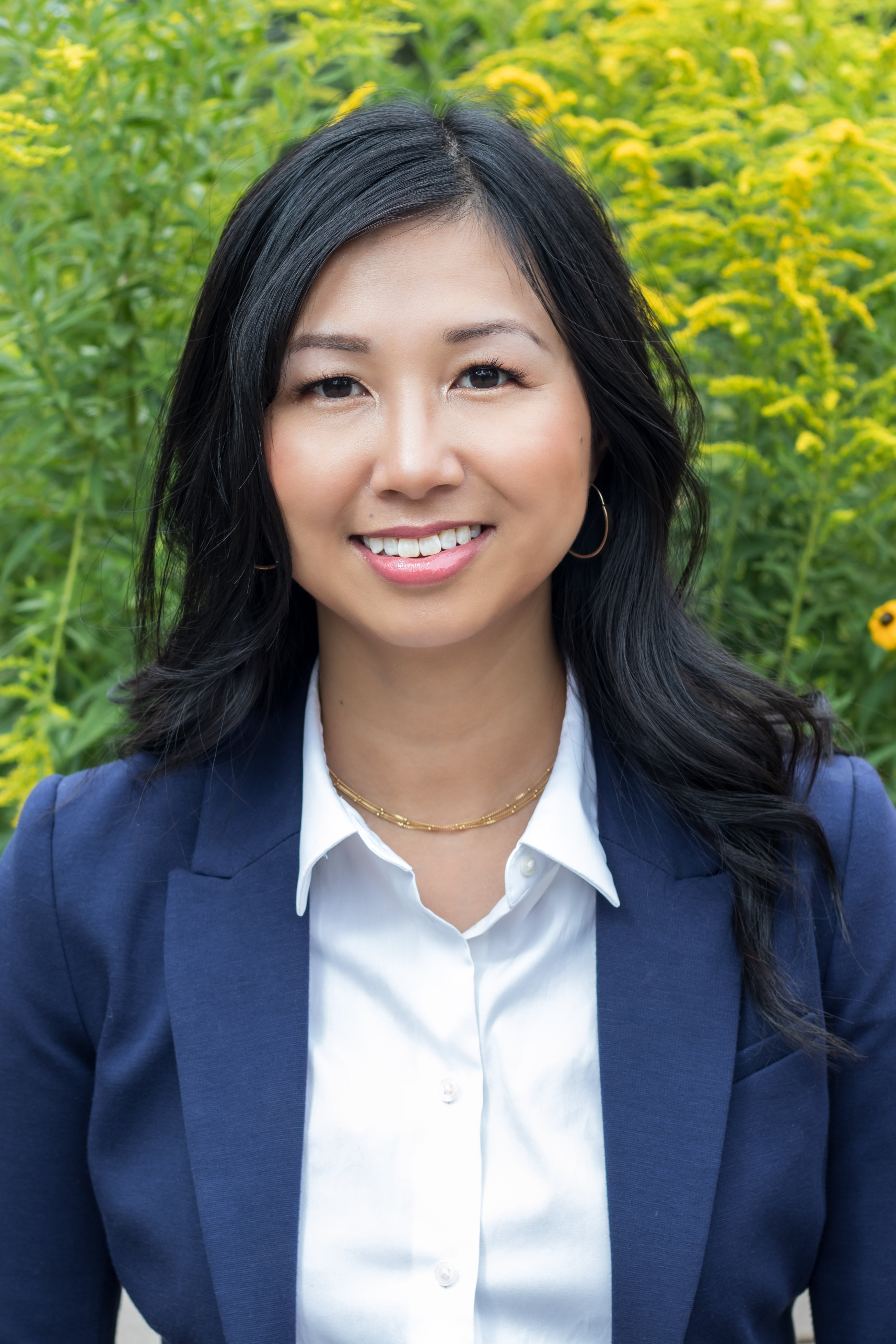 “This was a nightmare turned into a reality for many family members,” Chu says. “They were already fraught with guilt having to put their loved ones into care, and now they were required to bear witness to their family member’s decline and prison-like confinement, compounded by their own sense of helplessness in the situation.”

The studies – part of a series funded by the Rosenstadt Research Development Program and the Centre for Aging and Brain Health Innovation (CABHI) – are the first to collect data from family caregivers in Ontario and B.C., the hardest hit English-speaking provinces with respect to COVID-19 infections and outbreaks in long-term care.

Video calls – which were introduced to help caregivers and relatives maintain contact with residents – were a poor substitute for face-to-face interaction after visitor access was limited, the researchers found. Family caregivers couldn't help staff bathe, feed or stimulate residents.

“What we found in our research was that the use of technology was not a viable option for many EFCs [essential family caregivers] and residents,” Chu says. “There was very little in the way of infrastructure or resource planning to provide EFCs with appropriate digital access to their loved ones. Most homes did not have Wi-Fi for residents or adequate bandwidth to accommodate video calls in addition to all of the regular systems that keep the homes operational.”

Through focus groups, Chu and Stamatopolous found that caregivers consistently described their experiences of navigating long-term care policies during the pandemic as traumatic. When it came to accessing technology, they noted there was a series of complications. Video calls were delayed or cancelled at the last minute, or residents weren't wearing their glasses or hearing aids, impairing interaction. The calls were also limited in frequency and duration because staff were often required to assist.

As a result of their prolonged separation, Chu says both residents and caregivers suffered long-lasting consequences. Residents reported experiencing depression and physical and cognitive decline. Caregivers say some of their loved ones lost the ability to use their hands, walk or speak. Moreover, caregivers experience stress-related symptoms: powerlessness, sadness, guilt and exhaustion.

“In coding the experiences of EFCs [essential family caregivers], it became apparent to us that they experienced collective trauma based on their descriptions and psychological responses,” says Chu. “Collective trauma is when a cohort of people experience something so traumatic that it results in individual and group level psychological harm. This phenomenon disproportionally impacts people who are marginalized, including women, who often make up the main proportion of caregivers.”

Chu says the EFCs involved in the study all acknowledged that staff in long-term care homes were trying their best but were overstretched due to high staff turnover. The sector’s early reliance on agency staffing to fill roles due to COVID-related shortages meant that many of the staff did not have relationships with the residents or their EFCs, and all of these issues were compounded by what many study participants perceived as a lack of compassionate interactions with long-term care staff and administrators.

“In both studies looking cross-provincially, we can see that the relationships between EFCs, residents, and long-term care staff has been damaged by these lockdown policies,” Chu says. “The experience has planted a seed of mistrust in the LTC [long-term care] sector and their government’s ability to provide care. We may have a generation of EFCs who will suffer the long-term consequences of this trauma, and who would never consider entering long-term care themselves after seeing what happened to their loved ones.”

Chu says the relationship will need to be repaired and, at a practice level, staff in long-term care will need to utilize a trauma-informed care approach when interacting with EFCs.“That is the notion that residents and families are approached with the recognition and knowledge that they have experienced trauma, and interactions attempt to restore a sense of safety and power” Chu says. “It is something that EFCs deserve.”

Chu and her team’s final study in this series will look at the impact of changes to visitation policies – virtual, outdoor to in-person – with the objective of better understanding how these various policies impacted EFCs.

“I also hope that our work, from a policy perspective, will prevent this from happening again,” Chu says. “EFCs should never be barred from visiting LTC homes to provide essential care like feeding and grooming. As part of the Ontario resident bill of rights, long-term care homes need to be able to provide family-centered care, and EFCs are an integral provider of that kind of care.”