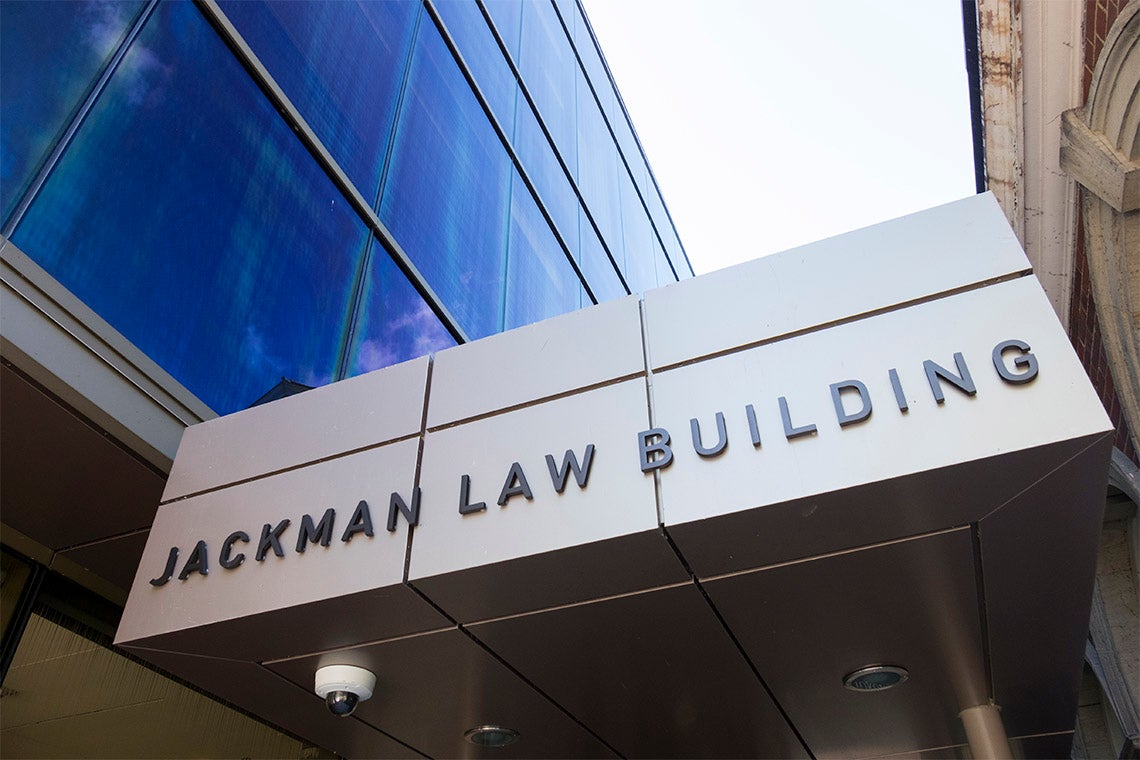 Navigating today’s ever evolving, increasingly complex human rights and health and safety legislation can be treacherous for even the most informed employers and managers.
“The legal obligations on employers are much more robust than they used to be,” says Faculty of Law alumna and adjunct professor Emma Phillips. “Employees are much more aware of what their rights and protections are, particularly in the wake of #MeToo.”
Phillips, an expert in labour law with Goldblatt Partners, will be co-teaching Harassment, Discrimination, and the Duty to Accommodate, as part of the Global Professional LLM program's new law of leadership concentration, curated for executives and leaders in industries such as corporate, non-profit, public service, education and health management.
“It actually is very well-suited for people who aren’t necessarily doing everyday HR, but are a step removed. They need to have a broad understanding of what the rights and obligations are in the workplace,” she says.
The law of leadership concentration offers seasoned professionals – lawyers and non-lawyers – with the opportunity to learn from the top legal minds in North America and global industry experts. Launching in September, the one-year executive graduate degree is offered in the evenings and on weekends, and provides flexibility in course selection across four concentrations offered in the Global Professional LLM program.
In addition to her day job handling complex grievances, labour arbitration cases, collective bargaining and Charter litigation, Phillips frequently conducts workplace training on harassment and discrimination prevention and implicit bias, working with new employees as well as managers and executives.
“They’re the ones who are ultimately responsible under the law for ensuring their organization is meeting its obligations,” she notes, which is why Phillips believes participants will find the class extremely helpful. “I want to provide them with enough information so they understand where there are red flags, so they have a legal framework they weren’t previously aware of, so they know when to call general counsel or outside counsel. That’s ultimately what the course is designed to do, because not everybody goes to law school.”
To illustrate her point, Phillips cited a case she recently handled involving an employee at a large, unionized organization in Toronto. The woman developed a medical condition that required surgery. The residual symptoms left her unable to stand for long periods of time, making a subway commute during rush hour difficult. What should have been a straightforward request for a modified work schedule of 7 to 3 instead of 9 to 5, instead brought an avalanche of easily avoidable consequences.
“Her manager regarded her with a lot of suspicion, didn’t think she needed the accommodation, thought that this was all just a way to get a schedule that was more preferential and favourable rather than something that was actually medically necessary,” Phillips recalls.  “The employee was sent back to the doctor on numerous occasions for additional medical reports. She ended up feeling mistrusted and harassed and ultimately brought a harassment complaint against the manager and a grievance under her union’s collective agreement, based on the employer’s failure to accommodate.”
The fallout affected all sides. Psychological stress exacerbated the employee’s medical condition, and left her on long-term disability. The employer was deprived of a competent and experienced employee, along with having to bear the financial costs of her disability and grievance arbitration. Employee morale was eroded. “That’s the kind of case where I would hope by providing those in senior management positions with an understanding of the duty to accommodate, we could avoid the harms done both to individual employees and to the organization,” Phillips says.
It’s the kind of case she sees fairly frequently and which Phillips believes managers should be able to identify and handle appropriately. Other potential pitfalls for managers may include disclosed or undisclosed mental health issues, and implicit bias – where what starts as misunderstandings can often lead to misery.
“There are all kinds of interactions in the workplace that people might feel were well-intentioned, but that others might perceive as harassment or bias,” Phillips says. “There’s a common myth that you have to have intended to make an offensive comment for it to constitute harassment. In fact the test is that you knew or ought to have known your conduct would be unwelcome.”
Phillips will co-teach the course with Pamela Chapman, a labour lawyer, former vice-chair of the Ontario Labour Relations Board and former member of the Ontario Human Rights Tribunal. She’ll bring an entirely different point of view to the discussion. “We’ll get to hear her insights from the perspective of an adjudicator,” Phillips says. “That too will be of enormous benefit to the students.”
Emily Orchard, assistant dean of the Global Professional LLM program, says in today's political and social climate, the law of leadership concentration is more important than ever.
“Privacy, human rights, employment, and dispute resolution are among the many issues leaders grapple with on a daily basis, and it’s becoming increasingly necessary to understand how to manage them from a legal perspective. The first of its kind in Ontario, we launched the law of leadership concentration because we saw a need in the market for a program that could provide leaders with the legal knowledge necessary to make sound decisions for their organizations.”
Applications to the program are currently being accepted.
news
Karen Gross