Exploring the world of Netflix's ‘Narcos’: U of T students learn about the shadowy world of organized crime in Mexico 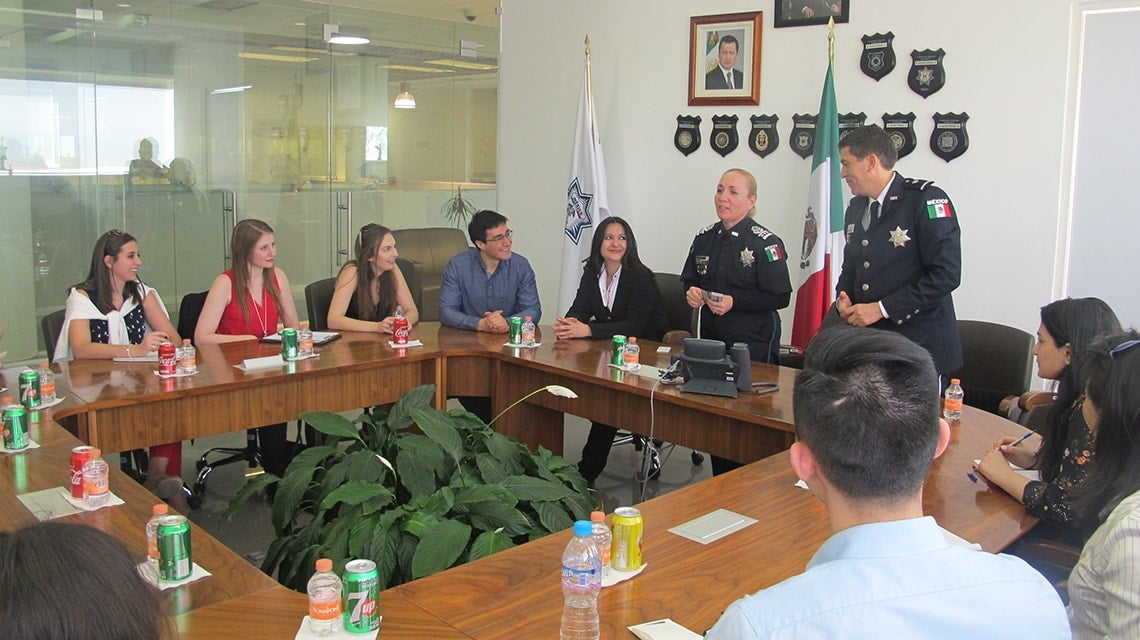 A group of fourth-year students in an organized crime and corruption course at the U of T's Centre for Criminology & Socio-Legal Studies explored the complicated world of Mexico’s narco-insurgency and organized crime.

The students were part of an International Course Module (ICM) designed and led by Matthew Light, an associate professor of criminology & socio-legal studies in the Faculty of Arts & Science. The course module program allows faculty to incorporate real-life international experiences into existing undergraduate courses.

Light said he chose Mexico because the country is the site of the most significant mafia insurgency in the world right now.

“Since the early 2000s, the conflict involving the Mexican government and the drug cartels has caused casualties on a scale similar to an actual war,” said Light. “Parts of the country are now heavily infiltrated by the cartels, and the crisis is highly relevant for Canada as well because Mexico is a close neighbour and a major trading partner.”

Light worked in conjunction with Professor Mónica Serrano of El Colegio de Mexico, a leading expert on Mexico’s security crisis, to line-up meetings, guest speakers and tours for the students.

“I think the students particularly loved the two tours we were given of the Mexican Federal Police headquarters where we saw a remarkable display of law enforcement technology and training methods,” said Light.

But for Michelle Salamat, a double major in criminology & socio-legal studies and ethics, society & law, the security convoy that drove ahead of the U of T group on the way to the Federal Police Tactical Operations Centre was the highlight of her trip. Throughout the trip, the students were protected by an armed convoy of the Mexican Federal Police.

“It was surreal to watch as we followed police officers with huge rifles standing in a pickup truck,” she said. “I was very taken aback by the hospitality and the enormous efforts made by the Mexican police to inform us of the work that they do.”

Gloria Baron, who is combining sociology and criminology & socio-legal studies, says she welcomed the opportunity to see Mexico first-hand because it allowed her to directly witness the reality of that country’s security crisis.

“Getting to see the heavy police presence and to hear different perspectives on the security crisis significantly enhanced my understanding and learning of the subject,” said Baron. “We got to learn, engage and ask questions of different speakers.”

Kimberly Legate, who is studying psychology and criminology & socio-legal studies, says her experience helped her become comfortable asking critical questions and gave her an informed opinion of the drug conflict.

“I learned to not be intimidated by experts in a given field, and to take advantage of every opportunity to ask questions,” said Legate. “The trip also gave me a better idea of the abundance of unique positions available for people with criminology backgrounds.”

Salamat said the connections that the Arts & Science students made with Mexican students from El Colegio de Mexico were informative. Legate agreed.

“We were able to get a first-hand account of what everyday life is like in Mexico, especially through the political and legal changes that have occurred over the past 10 years,” Legate said.

“Many of the Mexican students gave us their opinions on the Federal Police's approach to fighting the drug cartels. It was an amazing experience to hear opinions from both sides of the issue with one student noting that he had a more favourable view of the cartels considering the resources that they have provided to his village back home.”