Exploring the 'smutty' archives – U of T’s Sexual Representation Collection 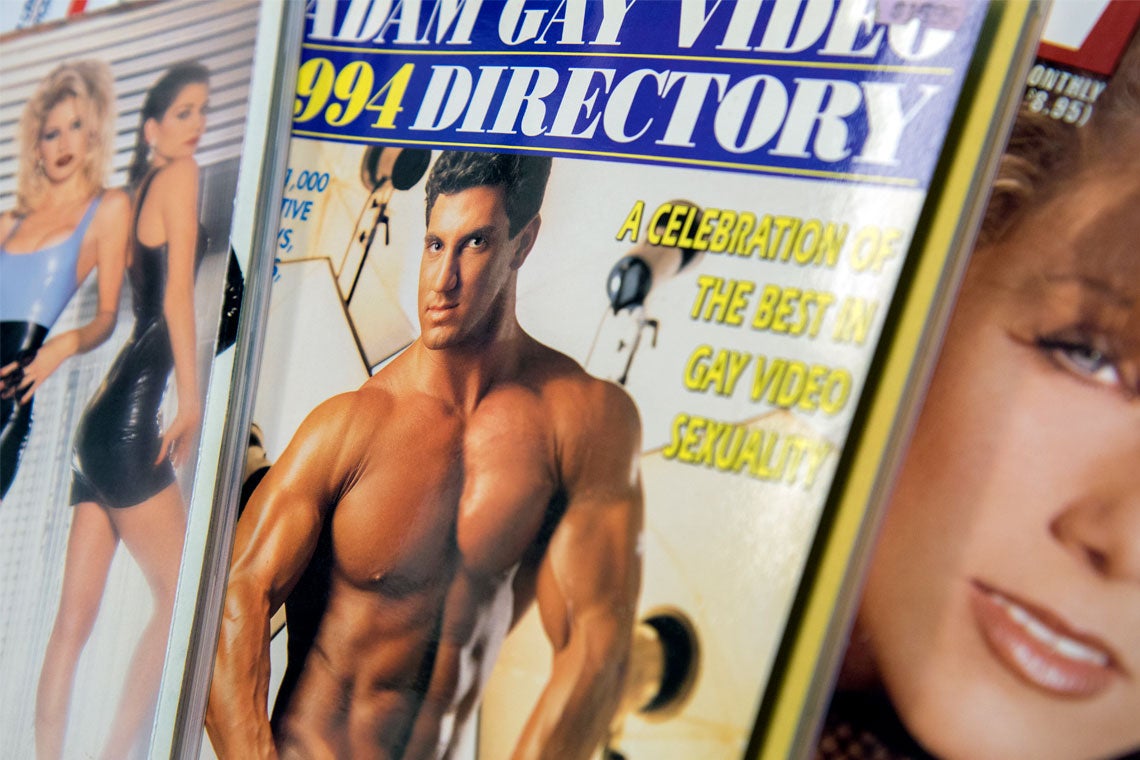 Tucked away on the lower level of the University College building are two tiny rooms, filled floor-to-ceiling with archive-quality banker boxes containing one of the University of Toronto’s most unusual collections.

This is U of T’s Sexual Representation Collection, a comprehensive archive of modern sexuality belonging to the Mark S. Bonham Centre for Sexual Diversity Studies in the Faculty of Arts & Science.

The collection serves as a historical record of the shifts in how sexuality is viewed and understood, says Patrick Keilty, the collection’s archives director and an assistant professor in the Faculty of Information and sexual diversity studies. 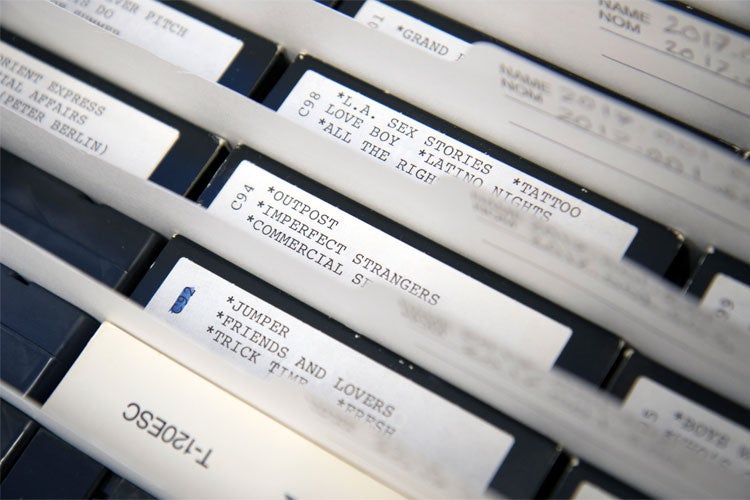 Over 1,000 VHS tapes in the collection came from a pornography retail shop in Scarborough, which closed in the early 1990s (photo by Romi Levine)

In the 1990s Brian Pronger, an associate professor in what was then the Faculty of Physical Education and Health, began growing the collection with the help of Mariana Valverde, a professor at the Centre for Criminology & Sociolegal Studies and one of the founders of sexual diversity studies at U of T. Valverde worked with Pronger to secure funding from the Social Sciences and Humanities Research Council of Canada (SSHRC) to build the Sexual Representation Collection.

The ’90s saw culture wars that divided feminists around issues of pornography and sexual identity, and the rise of the internet, which changed the way people consumed pornographic content.

“Brian started to think it was really important to start archiving the kinds of things that were beginning to happen in the early days of easy internet access,” says Valverde.

Pronger’s collection was, no doubt, controversial at the time, but decades later, researchers are recognizing the value of this kind of archival material.

“A lot of these things are invaluable in a sense that nobody has copies of it because at the time there might have been a lot of copies of certain kinds of videos or magazines but it's not the type of stuff people would keep for the long run,” Valverde says. 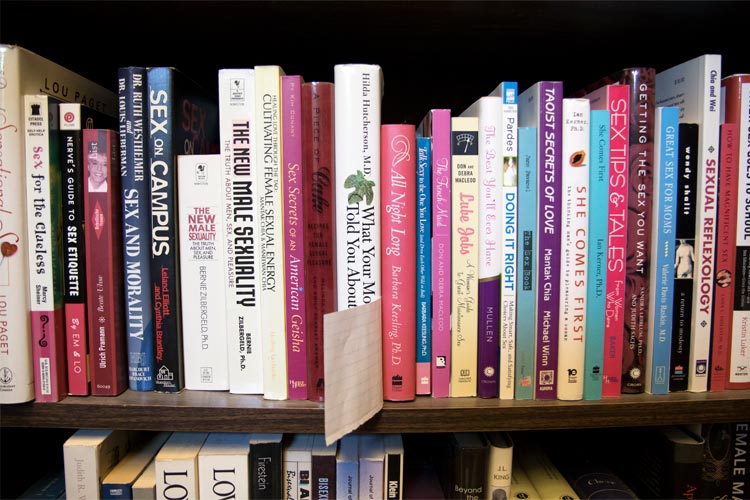 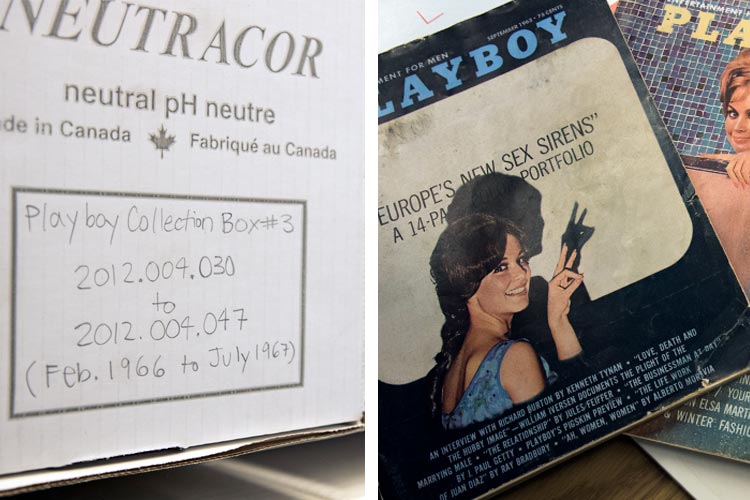 The Sexual Representation Collection has a complete run of Playboy magazines from 1963 to 2000, which Keilty says is unusual (photos by Romi Levine)

The archives are available to researchers studying various aspects of sexuality inside and outside the university and are incorporated into class curricula. This coming year, several classes will be using the archives for research projects, says Keilty.

Students in a history course called Hacking History will be creating a digital exhibition of the Max Allen collection – an archive of materials donated by the CBC producer that includes documents relating to his legal battles around obscenity laws from the 1970s to the ’90s.

Keilty will be running a workshop out of the Faculty of Information about how to tell the story of “smutty” archives and archival objects.

“Archives always have the challenge of bringing to life their materials beyond just exhibiting it in an exhibit case,” he says. “They have to make sure it's not merely information but that it's also sexual and has a life and a history and to convey all the different sociopolitical contexts around these objects.” 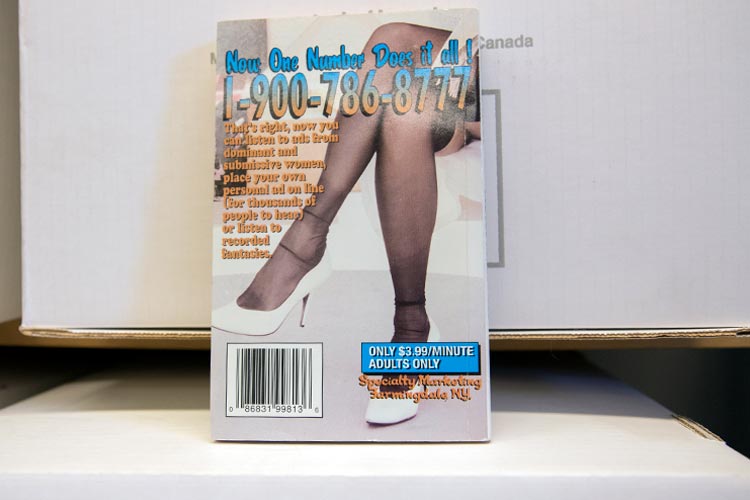