Exploring microgravity: U of T engineering students and their experiment to fly aboard a Falcon-20 jet 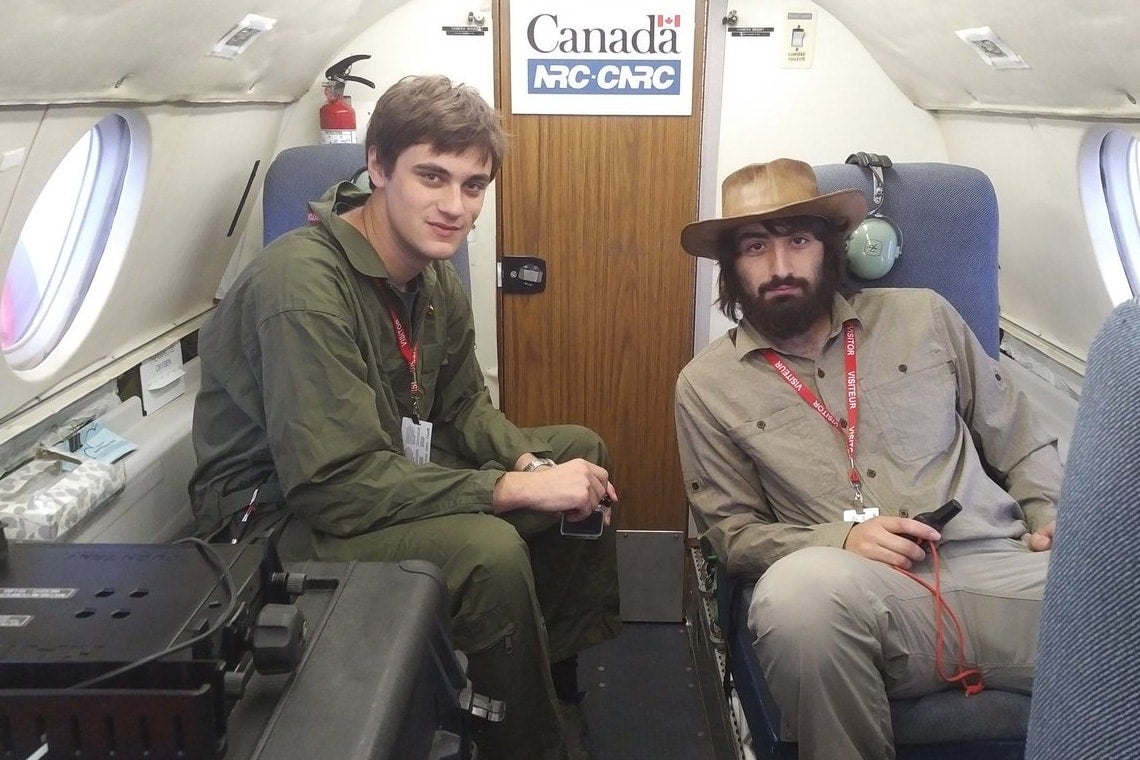 Four U of T engineering students are preparing for the flight of a lifetime.

They've earned the rare chance to take an experiment they designed onto a Falcon-20 jet, an aircraft similar to those used to prep astronauts for the feeling of weightlessness. The students will take twelve to fourteen parabolic flights of about 20 seconds each that simulate the experience of microgravity.

Their goal is to better understand how liquids flow in microgravity and to explore how 3D printers could make long-term space missions more feasible.

“None of us has any experience with this kind of flight, so I’m heading to Canada’s Wonderland to ride all of the roller coasters for training,” jokes Rupke. 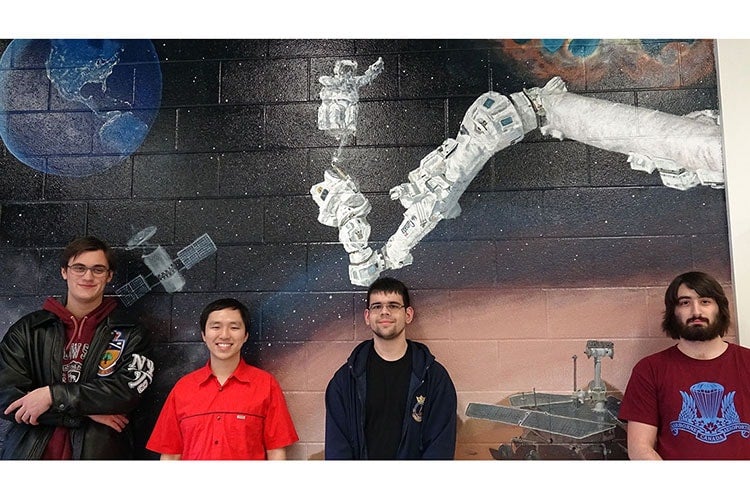 For the project, Team AVAIL, which is made up of fourth year undergrads and students in the master's program, chose to focus on a phenomenon known in physics as the “liquid rope coil” effect. On Earth, this is seen most clearly when a thick liquid like honey or maple syrup is poured from a spout or a spoon – the liquid flows in a way that looks like a coiling rope.

But the phenomenon isn’t well understood.

“We were surprised that this hasn’t been given the full treatment yet in the scientific literature,” says Ilersich.  “It turns out to be a very complex process to describe mathematically.”

In 3D printers, melted thermoplastics flow under pressure from nozzles before hardening to form the desired product. These plastics behave as a viscous liquid that is similar in many ways to honey or maple syrup.

Because of this, understanding the liquid rope coil effect – including how it is affected by microgravity – is an important prerequisite to the use of 3D printers in space.

Printing in 3D could address a key challenge for space missions: the need to minimize the space and weight of materials needed for the trip.  Rather than bringing along all of the tools and spare parts they might possibly need, astronauts could instead manufacture objects on an as-needed basis. Because raw materials like thermoplastics can be packed much more tightly than tools of varying shapes and sizes, the approach could make long-term missions like a trip to Mars more feasible.

“We think our project was chosen because of its novelty and its applications,” says Ilersich.

A better understanding of the physics behind the rope coil effect would also have applications here on Earth.  With a reliable mathematical model, the effect could be controlled to create coils that could be woven together into materials with customized strength, flexibility “springiness.” New porous materials could also be created for use in tissue engineering, filtration and catalysis.

To study rope coiling in microgravity, the team custom-built a self-contained experiment that had to fit inside a 50 cm x 50 cm x 50 cm box provided by the flight organizers. Because existing off-the-shelf pumps did not meet their needs, the team custom-built an apparatus that carefully controls the flow of a viscous liquid – in this case corn syrup – through fifteen different nozzles.

A video camera inside of the box will record the rope coiling of the liquid, and custom-built software will analyze it.

Team AVAIL will be in Ottawa July 24 to 28 for three days of training and then the flight. 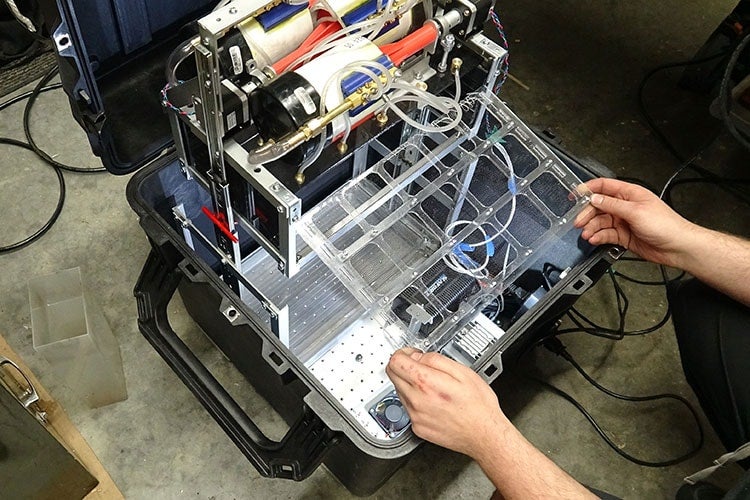 The team's apparatus is packed inside a box measuring 50 cm x 50 cm x 50 cm. It contains pumps and tubes that simulate the operation of a 3D printer. To simulate a molten thermoplastic, the team is using ordinary corn syrup (photo by Michael Lawee)