An ethics checklist for academics during the Trump era: a U of T classics professor publishes a must-read list 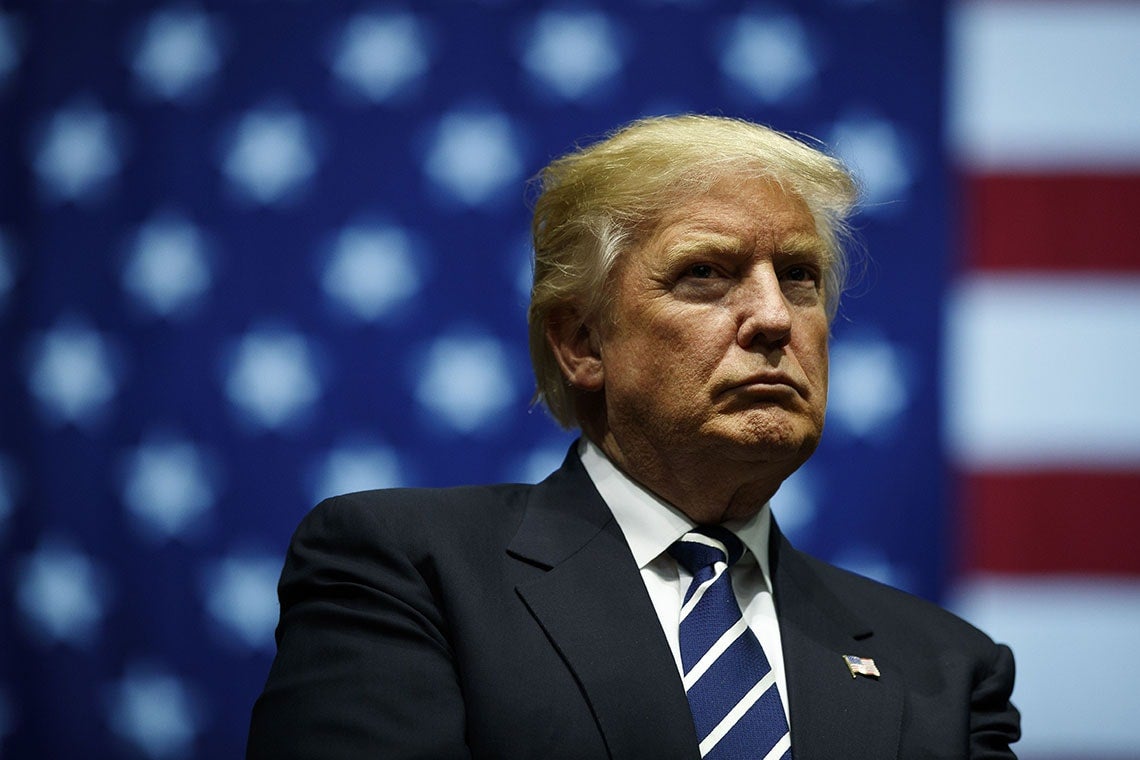 U.S. President-elect Donald Trump in Michigan as part of his victory tour across America (photo by Drew Angerer/Getty Images)

As rhetoric flew during the U.S. presidential campaign, U of T Classics Professor Rachel Barney, a dual American and Canadian citizen, began wondering what it would be like working as an academic in the United States under Donald Trump.

So Barney, a professor of both philosophy and classics in the Faculty of Arts & Science, created a professional ethics checklist that she felt would allow her to operate with a clear conscience under a Trump presidency. It included, for example, a promise not to inform on others or engage in government surveillance, as well as a pledge not to “aid in the registering, rounding up or internment of students and colleagues on the basis of their religious beliefs.”

With Donald Trump weeks away from being sworn in as America's next president, the checklist has now been published in Times Higher Education. It is drawing media and academic attention.

“This isn’t meant to be an anti-Trump manifesto,” said Barney, who was recently named the Canada Research Chair in Ancient Philosophy. “It’s not meant to be adopted by an institution. It’s meant to be personal.”

Barney attempted to make the checklist politically neutral so it could be used in any situation where “values might be challenged.”

The point, she said, was to prompt people to consider how they should act before any situation became dire enough to warrant action.

“I want to jolt people into thinking ahead,” Barney said. “When you’re taken by surprise, it’s easy for others to scare you into doing what they want. People freeze. For example, if you see bullying, you might be caught off guard because you haven’t thought ahead about what to do.”

She said that academics are accustomed “to operating in a pretty benign environment.” They are not always used to thinking about hard moral choices, she said, so she wants them to consider:

Barney said it’s too early to tell whether academia is at risk south of the border. But she has not been happy with Trump's choice of Stephen Bannon as a senior advisor or his appointment of an education secretary who has a history of supporting charter schools.

“For me, the most frightening person is Bannon because he is a propagandist for people who are really very close to being Nazis,” she said. “He knows how to manipulate people, and I think he has big plans.”

Barney also fears that an anti-education sentiment will take the form of privatization in the sector.

“The state has a lot of levers to reward and punish academics. However, it’s hard to wreck a university system or convert it to an authoritarian tool without some collaboration from academics so it’s important we not do that,” she said.

Her attempt to make the checklist politically neutral has apparently worked. She said her most conservative friend was the first to say he would sign on.

For now, she is pleased with the widespread attention the checklist is gaining. She hopes that neither she nor any of her colleagues will need to put it into practice.