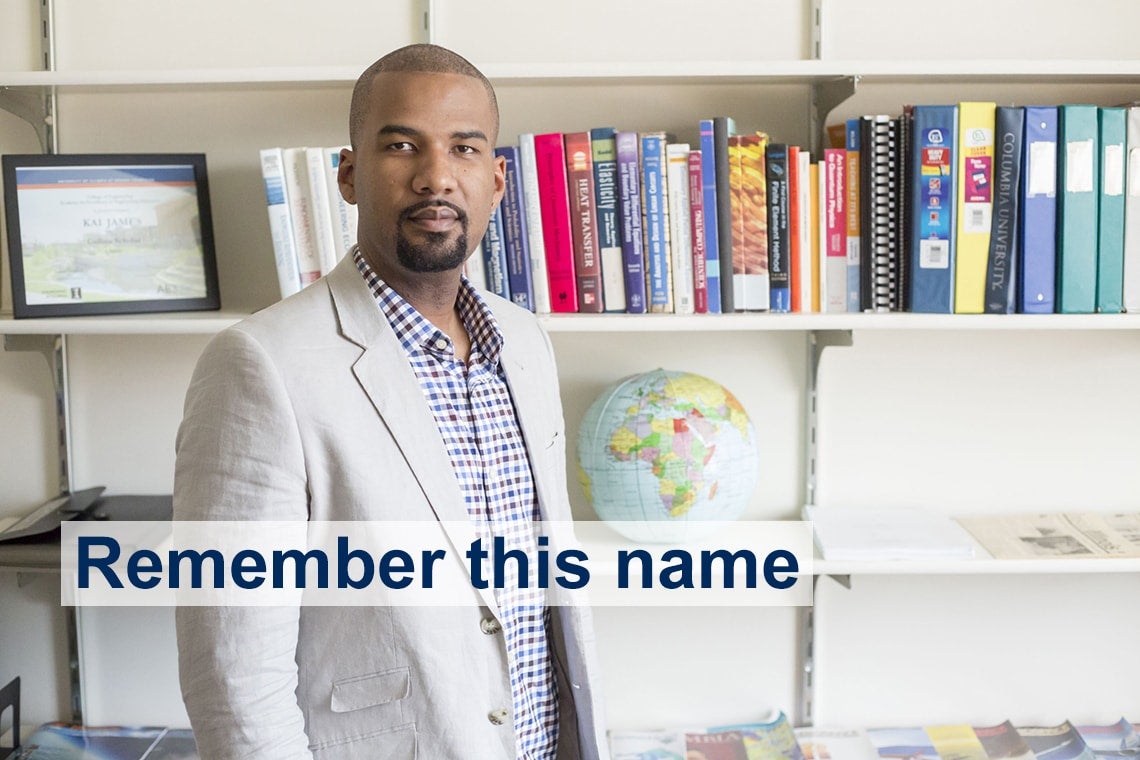 Kai James learned the fundamentals of aerospace engineering at U of T. He went on to become an assistant professor at the University of Illinois at Urbana-Champaign (photo by L. Brian Stauffer)

In high school, he loved to solve mechanical problems, which he thought of at the time as “really cool puzzles.” His interest in physics led him to delve deeper into the subject, until he was studying orbital dynamics of satellites, rocket propulsion and other advanced topics in university.

Knowing that he wanted to study aerospace engineering, he applied to University of Toronto's highly demanding engineering science program. While at U of T, he set aside time to tutor students from underrepresented groups to help them access higher education.

After graduation, James stayed at U of T for his master's and doctorate. He then undertook a post-doc at Columbia University and is now an assistant professor at the University of Illinois at Urbana-Champaign.

James is one of a new generation of thinkers transforming research across the globe. They come from all corners of the world to do their PhD or postdoctoral research at the University of Toronto, drawn by the chance to work with the leading experts in their fields.

In this second instalment of a new series from U of T News, we turn the spotlight on James. Below, he talks about his career trajectory – and how the PhD from U of T set him up for the next step.

Because I knew I wanted to study aerospace engineering, and U of T had the top aerospace program in the country.

Why aerospace engineering? Did you always have a fascination for aircraft?

Not particularly. In high school my favourite subject was physics (in particular, mechanics). I just liked mechanics as an intellectual exercise, so for me, solving a mechanics problem was like solving a really cool puzzle. But I knew I wanted to study mechanics in a way that was more applied than what I would get in a physics program. I also really liked the idea of aerospace, and the ability to study mechanics as it relates to aerospace applications such as orbital dynamics of satellites, rocket propulsion, robotics and aircraft structures. I was interested in the fundamental science of mechanics, just as a purely intellectual endeavor, but I was also interested in aerospace applications so aerospace engineering seemed like a perfect fit.

Could you describe your particular research interests in laymen’s terms?

In my research, I create software tools for the design of aerospace structures. Using my knowledge of solid mechanics, I write computer programs that simulate the behaviour of structures and materials (how they bend, how they break, how they vibrate, etc. in response to different forces or loads). Then based on these simulations, the computer program will automatically generate  optimal structural designs based on rigorous mathematical design criteria. These computer-generated designs often perform significantly better than conventional designs, which rely more heavily on engineering intuition. So for example, in a lot of my research, I work on design of aircraft wings. Using our computer programs, we aim to design the outer shape of the wing, as well as the internal layout of the wing's support structure. If successful, our design process will lead to a more aerodynamically efficient airplane that burns less fuel than existing designs.

How did U of T prepare you for a career in academia?

U of T is where I learned the fundamentals of aerospace engineering. It is also where I learned to think critically and to approach problems as a research scientist. Both of these things have been essential in my career since leaving U of T. 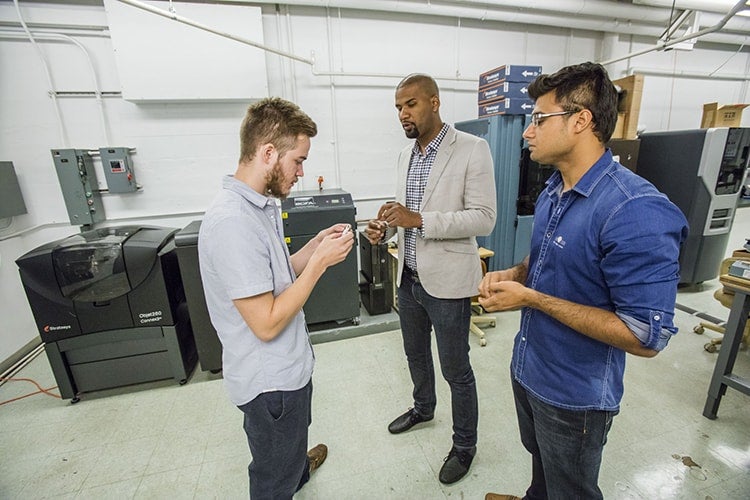 Kai James, centre, in the department of aerospace's composite manufacturing lab at the University of Illinois at Urbana-Champaign, with his grad students, Cian Conlan-Smith and Anurag Bhattacharyya (photo by L. Brian Stauffer)

You’re passionate about increasing diversity in STEM. How did you support this cause while you were at U of T?

I was active in a number of organizations dedicated to community outreach. For many years while at U of T, I volunteered as a tutor and later as a program coordinator for a drop-in tutoring program on campus. It was called the Tan Furu Mentoring Program, and we provided one-on-one tutoring in math and science for inner city high school students in the Toronto area.

I also frequently spoke at community outreach events, where members of underrepresented minority communities would come to campus and listen to presentations from representatives of the different faculties and departments at U of T.  I tried to give them a better understanding of what engineering entails at the undergraduate, graduate and professional level so that they could begin to see engineering as a viable career option for them.

What did you do at U of T when you weren’t in the library or a computer lab?

I participated in intramural basketball and volleyball for many years. On weekends, I also enjoyed spending time with friends at some of the bars around campus. Red Room on Spadina Avenue and O'Grady's on College Street were two of my favourites.