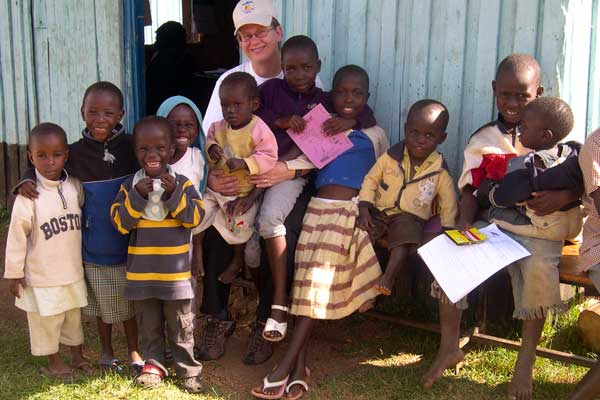 Poverty is the most common reason reported by children and youth globally for why they were on the streets, according to a large international study led by a University of Toronto researcher.

“Wherever in the world you look, children and youth are taking to the street because of poverty, family dysfunction, and abuse” said Paula Braitstein, associate professor of epidemiology at U of T’s Dalla Lana School of Public Health.

“In other words, they are not all going to the streets because they are delinquents, which is a popular belief.”

It is estimated that there are tens to hundreds of millions of children and youth living or connected to the street globally, but this study is the first to gather information on the self-reported causes of child and youth homelessness from all over the world, including Canada and the United States. Children and youth who spend time on the streets suffer illness and death, Braitstein said.

“Street youth have rights, just like you and I, and they often find themselves in situations that violate their basic human rights,” said Braitstein, who also holds a Canadian Institutes of Health Research Applied Public Health Chair.

The study, published online by JAMA Pediatrics on Apr. 4, 2016, found poverty was the most common reason reported for street involvement by children and youth, globally – with an estimated prevalence of 39 per cent. Family conflict and abuse were the next most frequently reported reasons with estimated prevalences of 32 per cent and 26 per cent, respectively.

The research team compiled data from 49 studies representing 13,559 participants from 24 countries between 1990 and 2013 to analyze self-reported reasons why children and youth end up on the streets. In their review, street-connected children and youth were those who were 24 or younger and who spend a portion, or a majority, of their time living or working on the streets.

“If we want to help these kids, policy-makers need to understand why they take to the streets,” Braitstein said. “Given our study’s findings, criminalizing youth or instituting policies that assume they are thieves, delinquents or drug addicts, won't help.”

Braitstein and the research team point to the need for new and strengthened social protection policies and child welfare systems in both developing and developed countries to address poverty, abuse and family conflict.