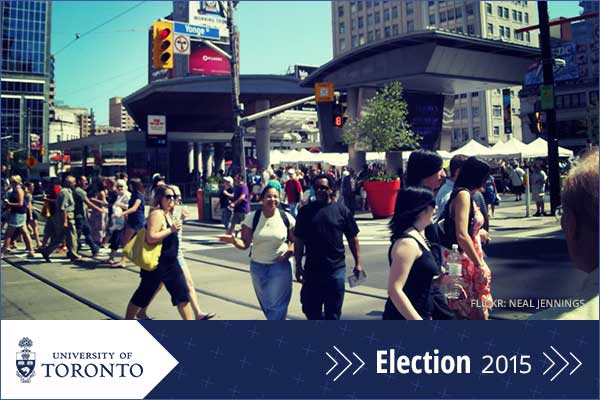 An examination by University of Toronto Professor Chris Cochrane of the latest Forum Research poll on the federal election suggests that not only is there a “marked increase” in support for the New Democrats but more people believe they will win.

U of T News has been interviewing experts for their take on campaign issues, polling, debates and more during the lead-up to the election on Oct. 19. Recent features have shared campaign analysis from researchers in statistics, economics, marketing, law and other disciplines.

The latest Forum poll, published in the Toronto Star on Sept. 11, shows the NDP in the lead with 36 per cent of the decided vote, the Liberals at 29 per cent and the Conservatives 28 per cent. The Green Party and the Bloc Québécois are each at three per cent. Detailed polling data from Forum are housed at U of T’s political science department.
Cochrane, a political science professor at U of T Scarborough, examined the poll in detail and provided the following analysis: