EgyptAir 804: U of T forensic expert explains what we know so far 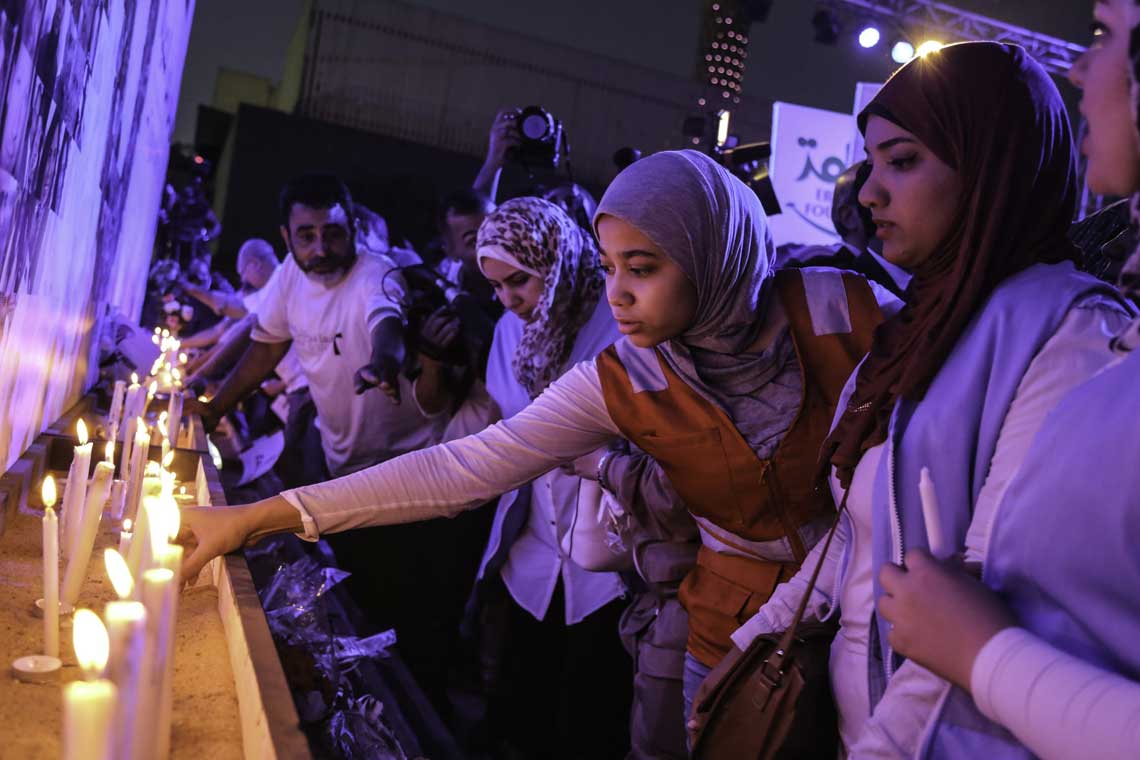 CAIRO, EGYPT - EgyptAir employees and relatives of the victims light candles for 66 victims of EgyptAir flight MS804 crash in front of Opera Building in Cairo, Egypt on May 26, 2016. (Photo by Ibrahim Ramadan/Anadolu Agency/

Since EgyptAir’s Flight 804 vanished, carrying 66 passengers and crew on board, investigators have been busy looking for human remains and debris in the Mediterranean Sea.

The search continues for the plane’s black box recorders, which could explain what brought down the Paris-to-Cairo flight – the third crash for EgyptAir since 1999. The black boxes are believed to be lying in up to 3,000 metres of water.

Egyptian authorities have said the possibility of a terror attack is stronger than technical failure. U of T News spoke with forensic engineering expert Doug Perovic, of the department of materials science and engineering on what the recovered debris can tell us about the final moments of the flight and why he believes speculation an explosion took place is premature.

Why have some investigators said they believe an explosion took place on EgyptAir?

The relatively small size of fragments of body parts and debris from the plane interior that have been recovered to date has led to speculation that the aircraft suffered a mid-air catastrophic explosion. Such a conclusion is premature and representative of two common forms of bias in forensic investigations: (i) ‘data bias’ associated with insufficient data collection and analysis that can bias findings and conclusions and/or (ii) ‘confirmation/expectation bias (i.e. tunnel vision)’ resulting from the subconscious tendency of those desiring a particular outcome to search for supporting evidence and/or ignoring or reinterpreting contradictory information. In the world of interpretation, subconsciously many tend to find what they are looking for.

Egyptian experts say that the 80 pieces that have been found so far are very small. What will that mean to investigators?

The fragments collected thus far all contain useful evidence that can eventually help put the puzzle together. However, the small size of the collected fragments does not prove a mid-air explosion occurred. Fragmentation of components can also occur during excessively high speed descent of an intact aircraft and/or following a high-speed impact with the ocean surface. Chemical analysis of unexpected residues detected on the collected fragments or x-ray radiography of body parts could confirm whether an explosion occurred on-board. However, recovery and subsequent structural and chemical analyses of the aircraft fuselage are required in determining the cause of the crash.

Below: Some of the passengers' belongings and parts of the wreck of found north of Alexandria on May 21, 2016 (photo © by Anadolu Agency/Egyptian Armed Forces / Handout /Getty Images) 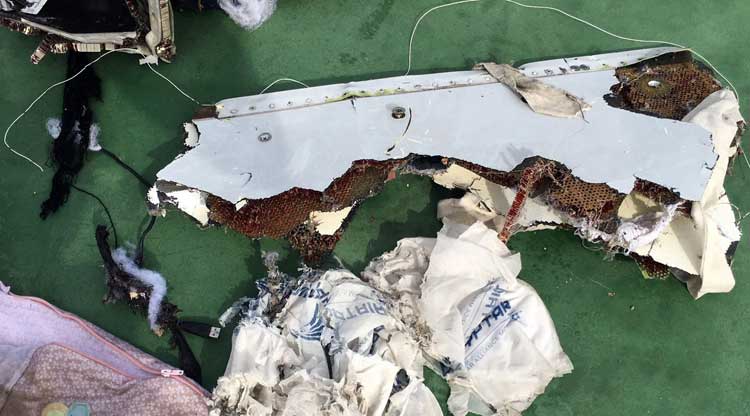 How important is the black box?

It is unfortunate that aircraft are still not legislated to live-stream all critical data describing the exact position and operating conditions of an aircraft. This technology has existed for years and would in most cases preclude the need for time-consuming and expensive searches for black boxes to obtain critical data. The search for the flight data recorder and cockpit voice recorder black boxes will require extensive deployment of deep sea diving equipment to detect the sonar pings emanating from the black boxes. In light of the depth and significant topographical relief of the Mediterranean Sea floor in the presumed location of the fuselage, the task of locating the black boxes within the 30-day lifetime of the sonar ping batteries is daunting. Once found the black boxes will reveal operational data from the aircraft and voice transmissions from the flight deck that provide critical information for the determination of the sequence of events leading to loss of control of the aircraft.

Egyptian officials have said they believe terrorism is a more likely explanation than equipment failure.

At this time there is insufficient information to differentiate between a deliberate terrorist act and mechanical failure. Although most media coverage has focused on terrorism, it is noteworthy that the first ACARS fault obtained from the aircraft prior to its disappearance was smoke/fire from the co-pilot’s window, followed immediately by smoke/fire in the adjacent lavatory and then smoke/fire in the avionics bay located below. The American Federal Aviation Administration released a directive in 2003 regarding possible delamination of the heated gold interlayer used for defogging/de-icing of the cockpit windows of Airbus A320 aircraft. It is possible that a delamination failure occurred in the window leading to a capacitance charge overload causing a fire and ultimately loss of control of the aircraft.

Greek defense officials have said the plane changed direction before it disappeared but Egyptian officials say they did not observe this. Why the discrepancy?

It is likely that both Greek and Egyptian radar surveillance observations were correct. While in Greek airspace the aircraft was likely sufficiently close in proximity for multiple radar signatures to be obtained giving rise to a higher resolution tracking of the aircraft flight path. When Egyptian radar detected the aircraft it was much further away and likely not capable of tracking the aircraft trajectory with the same accuracy as air traffic control in Greece.