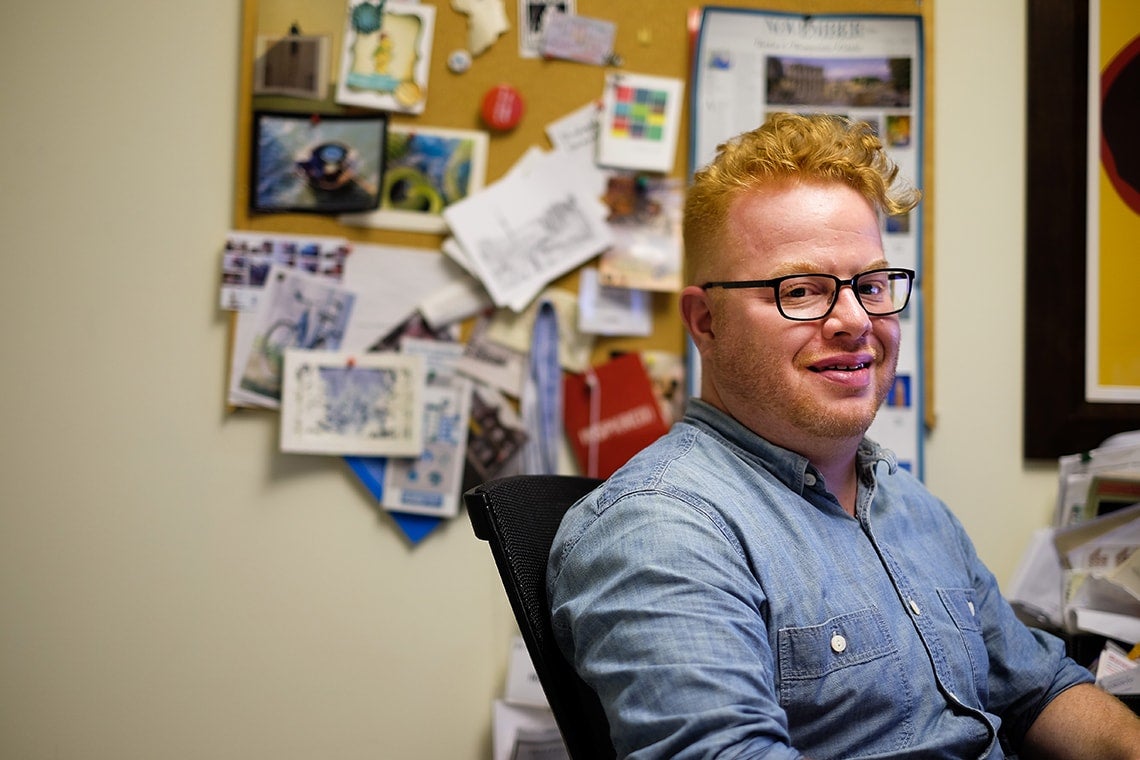 David Roberts, an assistant professor of urban studies (teaching stream), is one of the winners of the Early Career Teaching Award (photo by Geoffrey Vendeville)

David Roberts didn’t plan on a career in academics until he was in graduate school.

His first job out of university was as a social worker in a youth homeless shelter where he worked as a front-line youth counsellor and then manager. But eventually he realized he was in “over his head” and needed to understand the systemic problems underlying urban poverty and youth homelessness.

He ended up completing both his master's and PhD at U of T, focusing his dissertation on urban planning surrounding mega events such as the 2010 FIFA World Cup in South Africa.

Now an assistant professor of urban studies, teaching stream in the Faculty of Arts & Science, he hopes his students learn to think critically and ask questions both in his classroom and after graduation.

He spoke to U of T News for the first in a series casting a spotlight on the winners of the 2017 Early Career Teaching Awards. The awards, valued at $3,000 each, go to faculty who are effective teachers and demonstrate a commitment to student learning, engagement and innovation. The others are:

What made you want to become a teacher?

After undergrad, I was a social worker at an emergency shelter for homeless youth. I came back to grad school for a couple of reasons. One, because I was in way over my head in the work I was doing and really needed a graduate degree. Two, because I didn't understand what was happening in the city to create this situation where we needed an emergency homeless shelter for kids.

As a grad student, teaching assistant and eventually an instructor, I found that I really enjoyed engaging with students around contemporary – mundane in some ways – but important questions that were impacting our lives in the city. I find it is immensly engaging and rewarding, and it pushes me to think about how we can work toward imagining a more just and inclusive city.

How would you describe your teaching method?

It's grounded in the stories that are in the news and our lived experience. In the classroom, even a large classroom, I try to be as enthusiastic and engaged as possible. It's always a bit difficult to get people to talk in a 200-person class, but in the end, if you have enough encouragement and you create a place that welcomes dialogue and debate, then you have pretty lively conversations.

What do you hope students take away from your classes?

I hope they build their own voice around what's happening in Toronto and the world, and I hope they develop critical-thinking skills so that they can keep pursuing the questions we pose in class. Classes are so short. I only have them for a matter of maybe 24 hours, and then they're off. I want to give them seeds that will potentially grow into much broader methods of thinking through the questions that we asked in class.

The greatest thing that we can teach is literacy – being able not just to read and comprehend but being more literate about what it is that we read, where it's coming from, and why certain statements are being put out. 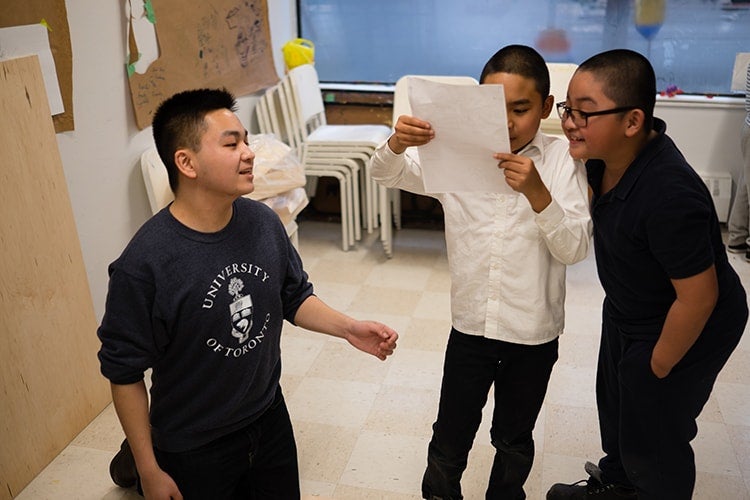 How has teaching changed since you were a student?

I think technology has really changed. I remember I was talking to a student the other day about how when I was in lecture halls, we had PowerPoint. But it was only in the classroom so I had to copy everything down and memorize it.

I think we've gotten a lot savvier in terms of our ability to not have students do that because we can make the material available outside class. We can have a more engaged classroom and augment the things that are on slides with links and media. It creates a richer environment that's truer to life.

How were you as a student?

As an undergraduate, I was mostly – I was an activist. I was engaged in a lot of university politics and other campaigns. I was a decent student, not amazing. I'm more of a lead-by-what-I-say, rather than by-example sort of guy.