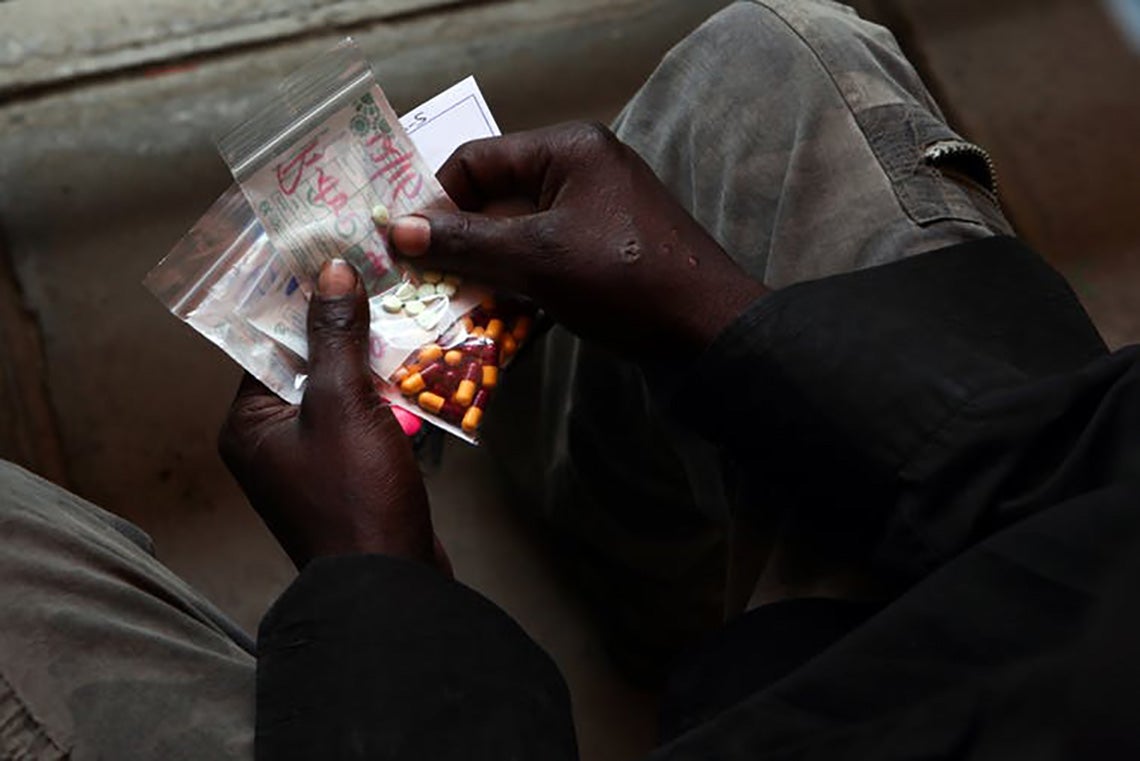 Tuberculosis (TB) is the leading cause of death in the world from a single infectious disease, causing more deaths than HIV/AIDS. In 2017, 10 million people developed TB disease globally and an estimated 1.6 million died.

One of the biggest blocks to beating the epidemic is the growing resistance to drugs that have previously cured TB.

The World Health Organization (WHO) has declared drug-resistant TB a global health crisis. Worldwide in 2017, an estimated 558,000 people developed TB that was resistant to the most effective first-line drug – rifampicin (RR-TB). Of these, 82 per cent had multidrug-resistant TB.

But treating drug-resistant TB is still hopelessly inefficient. The 20- to 24-month regimen used in many countries to treat people is costly and has significant side effects. In addition, the length of the regimen makes it hard for patients to adhere to, as well as for health systems to sustain. Globally, the regimen has an average treatment success rate of little more than 50 per cent in real-world treatment settings, although there is considerable variation from country to country.

As a result, researchers around the world have been urgently exploring shorter, more effective, and safer treatments for patients who have drug-resistant TB.

One of these efforts has begun to bear fruit. Results from Stage 1 of a clinical trial have recently been published. The news is encouraging. The trial provides evidence that a shorter treatment regimen – of nine to 11 months – is as effective for the treatment of multidrug-resistant TB as the longer, 20-month treatment recommended by the WHO in 2011.

The STREAM trial presents robust evidence for the effectiveness and safety of the nine to 11-month regimen when compared to the much longer 20-month regimen. The results are as good and the fact that the regimen is shorter should make it much more acceptable to patients. It is also likely to result in cost savings to both patients and health services.

The STREAM trial (Standardized Treatment Regimen of Anti-TB Drugs for Patients with MDR-TB) is the world’s first multi-country randomized phase III clinical trial to test the efficacy, safety and economic impact of shortened MDR-TB treatment regimens. The randomized nature of the trial means that patients were assigned to the long or short regimen in such a way as so as to avoid bias. Treatment allocation is determined by chance not by the choice of a physician.

Phase III trials are designed to assess the effectiveness and safety of a new intervention in practice.

Stage 1 of the trial was designed to assess whether a nine- to 11-month treatment regimen that demonstrated promising cure rates during a pilot program in Bangladesh, is as effective as the longer regimen when assessed in other settings under rigorous control trial conditions. Seven sites in Vietnam, Mongolia, South Africa, and Ethiopia participated.

The results from Stage 1 show that the shorter regimen is as good as the 20-month regimen.

Results in participants with HIV, although not as good as in those who were HIV-negative, were very similar in the short and long regimen.

A health economics data analysis is ongoing and will assess potential cost savings to patients and health systems when the nine- to 11-month regimen is compared to the 20-month regimen.

The final results from the trial are encouraging because they show that the nine to 11-month treatment regimen is comparable in efficacy and safety to the 20-month regimen. This supports the use of a shorter regimen for patients with rifampicin-resistant TB.

The nine- to 11-month regimen presents substantial advantages. It reduces treatment times, may improve patient retention under programmatic conditions, and reduces the number of pills patients have to take.

However, the required ECG monitoring is an important consideration.

In its latest guidelines issued last year, the WHO again highlighted the need to continue to look for regimens that are not only shorter, but are also less toxic for the patient. The STREAM Stage 1 results suggest that some progress is being made.

STREAM Stage 2 is currently evaluating an all-oral regimen that is potentially as effective and more tolerable than the injectable-containing regimens currently used in some countries. This, too, would be another major step forward in the battle against MDR-TB.

Andrew Nunn is a senior scientist, MRC Clinical Trials Unit, at UCL. I.D. Rusen is an adjunct professor at U of T's Dalla Lana School of Public Health.

This article is republished from The Conversation under a Creative Commons license. Read the original article and see the authors' disclosure statements..