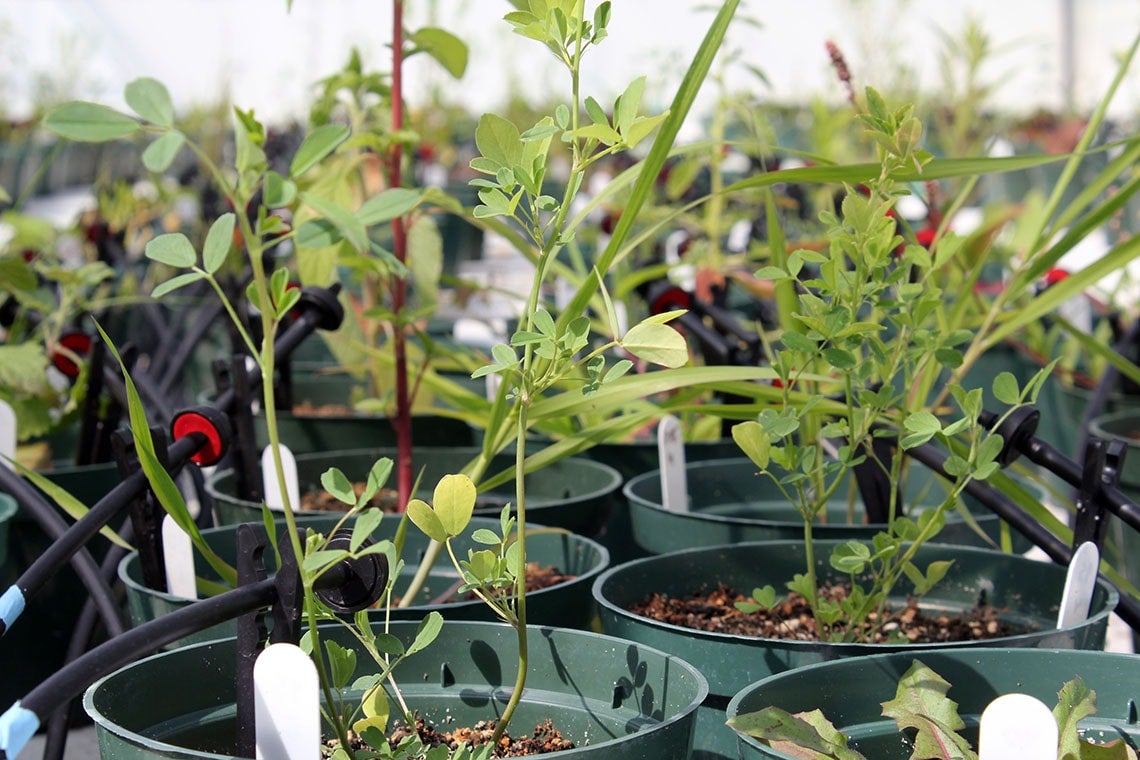 For the study, Connor Fitzpatrick grew 30 species of plants found in the Greater Toronto Area from seed in identical soil mixtures in a laboratory setting – with some involving simulated drought conditions

Just as the micro-organisms in our gut are increasingly recognized as important players in human health and behaviour, micro-organisms are critical to the growth and health of plants, a new study by a University of Toronto researcher has found.

For example, plants that are able to recruit particular bacteria to their root microbiomes are much more drought resistant, says Connor Fitzpatrick, a PhD candidate in the department of biology at U of T Mississauga.

Fitzpatrick is the lead author of a study published in the latest issue of the Proceedings of the National Academy of Science. His exploration of the role of the root microbiome in plant health could eventually assist farmers to grow crops under drought-ridden conditions. For the study, Fitzpatrick (pictured left) grew 30 species of plants found in the Greater Toronto Area from seed in identical soil mixtures in a laboratory setting. These included familiar plants like goldenrod, milkweed, and asters. The plants were raised for a full growing season (16 weeks), with each species grown in both permissive and simulated drought conditions.

In addition to deepening our basic biological understanding of plant evolution and development, the research offers further avenues for study, including how and why some plants recruit bacteria that impact drought resistance while others don’t.

“If plants were able to enrich their root microbiomes with a particular group of bacteria, the Actinobacteria, they grew much better in drought conditions,” says Fitzpatrick. “All of our plants had access to this group of bacteria, but they also needed to have the ability to recruit it from the soil.”

In another finding that is consistent with the practice of crop rotation, Fitzpatrick showed that the more similar the composition of a plant’s root microbiome to that of the previous generation of a plant grown in that soil, the more the second-generation plant suffered.

“There is a complex web of interactions taking place that is difficult to disentangle and requires further inquiry,” Fitzpatrick says.

“Practically speaking, we need to understand how to sustain plants with all of the mounting stressors today, such as drought and an increase in pathogens (for example, plant disease),” Fitzpatrick says. “The efforts to mitigate these issues are expensive and short-lived or very damaging to the environment. If we can harness naturally occurring interactions for these purposes, we’ll be much better off.”

The research was supported by Canada's Natural Sciences and Engineering Research Council (NSERC).