From driveways to mRNA, startup founders bolster U of T’s rapid rise in entrepreneurship space Jiayue (Jenny) He, a U of T alumna, is the co-founder of a Silicon Valley startup that's rethinking how home construction and renovation services are delivered (photo courtesy of Jenny He)

When you think of industries that are being disrupted by technological innovation, fence installation and driveway construction don’t immediately leap to mind.

Jiayue (Jenny) He is looking to change that. She’s the CEO and co-founder of Ergeon, a Silicon Valley startup that’s transforming how outdoor home construction and renovation services are delivered.

Ergeon uses video calls and satellite imaging to conduct remote assessment of clients’ properties, before sub-contracting the labour to skilled contractors – essentially owning the process end-to-end. Founded in 2018, the company has completed over 8,000 projects in California alone (it also operates in Texas) and has raised multiple rounds of funding.

“We’re trying to empower the world to build,” says He, who earned her bachelor of applied science from the University of Toronto’s Faculty of Applied Science & Engineering.

“We’re trying to take a pretty traditional industry – construction is one of the oldest industries since the beginning of time, as long as people have had houses – and bring in innovation, transparency and more access.” 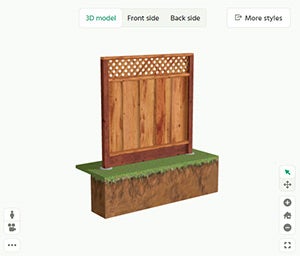 Ergeon is one of more than 400 promising startups that have played a role in U of T’s status as the fastest riser in the 2021 PitchBook rankings for undergraduate programs, which rank universities on how many undergraduate alumni become founders of venture capital-backed companies.

U of T leapt to 27th from 33rd in the rankings last year. The rankings consider companies that received a first round of venture funding between January 2006 and November 2021 – a period in which companies founded by U of T undergraduate alumni raised over $17 billion.

The biggest fundraisers include AI research company OpenAI, enterprise software firm Databricks and pharmaceutical firm Moderna – which is now a household name thanks to its ubiquitous mRNA-based COVID-19 vaccine.

The vaccine, called Spikevax, was based on technology pioneered by co-founder and alumnus Derrick Rossi, a stem cell biologist who came up with a way to use modified messenger RNA molecules to relay genetic code to human cells.

Rossi says his time at U of T, where he earned undergraduate and graduate degrees in molecular genetics, played a key role in shaping his future.

“The education was great because they really were the best and the brightest,” Rossi says. “I took a lot of hardcore molecular biology courses in years three and four, and this really turned me into a molecular biologist – which is what I went on to do as a career.”

Rossi, who made a virtual appearance at U of T’s Entrepreneurship Week last year, left Moderna in 2014, going on to co-found several other biotech ventures. He’s currently the CEO of Convelo Therapeutics, which is developing a novel treatment for multiple sclerosis.

Now in Massachusetts, Rossi keeps a close eye on Toronto’s biotech innovation scene. He says U of T’s presence in the city means Toronto has a solid academic and research base, but that there is still plenty of room for growth when it comes to expertise in business development and IP.

The university and its partners are moving quickly to fill that gap. U of T is now home to a network of more than 10 campus accelerators that have spawned more than 600 companies, created more than 9,000 jobs and generated more than $2 billion in investment over the past decade.

U of T is also ranked as Canada’s top university for research-based startups while U of T Entrepreneurship (UTE) is among the world’s top-ranked university-managed business incubators.

Some of those startups will be front and centre during this year’s Entrepreneurship Week programming, which runs from March 7-10. The week’s events include the UTE Startup Prize Pitch Competition, which offers more than $60,000 in prizes; the True Blue Expo startup showcase; the UTE Speaker Series featuring Olympic gold medal-winning sprinter Donovan Bailey; and plenty of opportunities for entrepreneurs to seek out advice from experts and one another. For his part, Rossi tells aspiring biotech startups to seek out advisers who have experience navigating obstacles that the entrepreneurial journey throws up.

“There’s always curveballs, twists and surprises around the corner – but if you’ve seen the movie before, you don’t jump out of your seat when that thing jumps out from the corner and tries to scare you,” Rossi says. “Instead, you’re like, ‘Oh yeah I knew that was coming, so I’ve taken this provision and we don’t need to worry because we’ve got this path forward.’

“So having people around the table who have the experience – who have seen the movie before – is really important.”

Experience, Rossi says, doesn’t necessarily have to come from a linear and conventional career path either. Rossi notes that he took a year off to backpack solo across Central Africa after his undergraduate degree. Then, after completing his master’s degree at U of T, he started – but didn’t finish – PhD programs in Toronto and Paris, briefly moved to Texas, and ultimately landed in Helsinki, where he finished his doctorate. He was 40 when he took his first faculty position at Harvard University, where he stayed for five years.

“Whenever I talk to young people, I say to them: there’s no hurry. There’s plenty of time to be an adult later on,” Rossi says. “Once you’re an adult, you’re an adult – so you’ve got to live a little bit and gain that life experience and gain domain expertise experience.”

As for He, she graduated from U of T in 2004 – and similarly says her time at U of T’s Faculty of Applied Science & Engineering was foundational to what she went on to achieve.

That includes getting comfortable with numbers and instilling a data-driven approach to problem-solving and decision-making. She adds that her engineering education also helped her hone the ability to structure and solve problems.

“I find that universally applicable, no matter what kind of problem I’m solving,” He says.

She also credits U of T Engineering’s Professional Experience Year (PEY) co-op program with an all-important first exposure to Silicon Valley, where she worked for a semiconductor company. “That made it very easy for me to make the decision a few years ago to move out here,” she says.

She launched Ergeon after recognizing the home renovation and construction sector needed to become more customer-friendly and transparent – as any homeowner can probably attest – as well as her observation of there being a lack of technology to facilitate skilled blue-collar work.

She says clients have largely embraced the novelty of remote video and satellite-based assessments, but a bigger challenge – especially early on – was convincing workers in the skilled construction trades to interact with a tech startup.

“We literally make our app look like texting because that’s what they’re OK with,” He says. “We make all the interfaces look much more old-school – our interface looks like a calendar because that’s in their comfort zone.”

Ergeon has also had to adapt to several non-tech challenges, including the volatility of lumber prices.

“Lumber has been oscillating as wildly as Bitcoin, so that’s been the biggest challenge we’ve had to manage,” He says, adding that the issue has forced Ergeon to take greater control of its supply chain and ordering processes, which has paid off in other ways.

By contrast, when it came to scaling her company to match a rapid uptick demand, He says she found herself better prepared than most. That’s because her previous job at ezhome, a startup that offers lawn care and yard maintenance services, ballooned from about 10 employees to 250 over a period of just three years.

“When I started Ergeon was that I wanted to do a lot of things with scalability in mind much earlier,” He explains. “So, we made a few decisions including having super-clear company values and investing in scalable processes and tools from day one.”

She adds that Ergeon’s status as a fully remote operation has also helped the scaling process – and gave the company a head start adapting to the pandemic. As a result, Ergeon this year became one of 32 new U of T entrants in the PitchBook rankings – and among the top three raisers of venture capital in the group.

Going forward, He says she envisions Ergeon progressing from outdoor projects to servicing “the whole home.”

“We started with outside the home first since that’s where technology has the biggest power to do remote assessments, etc.” says He. “But with the latest iPhone, you can now do that much better inside as well.

“I think we’re just a few years away from that being pretty common and ubiquitous.”