Dragonfly enzymes point to how they interact in ecosystem: U of T research 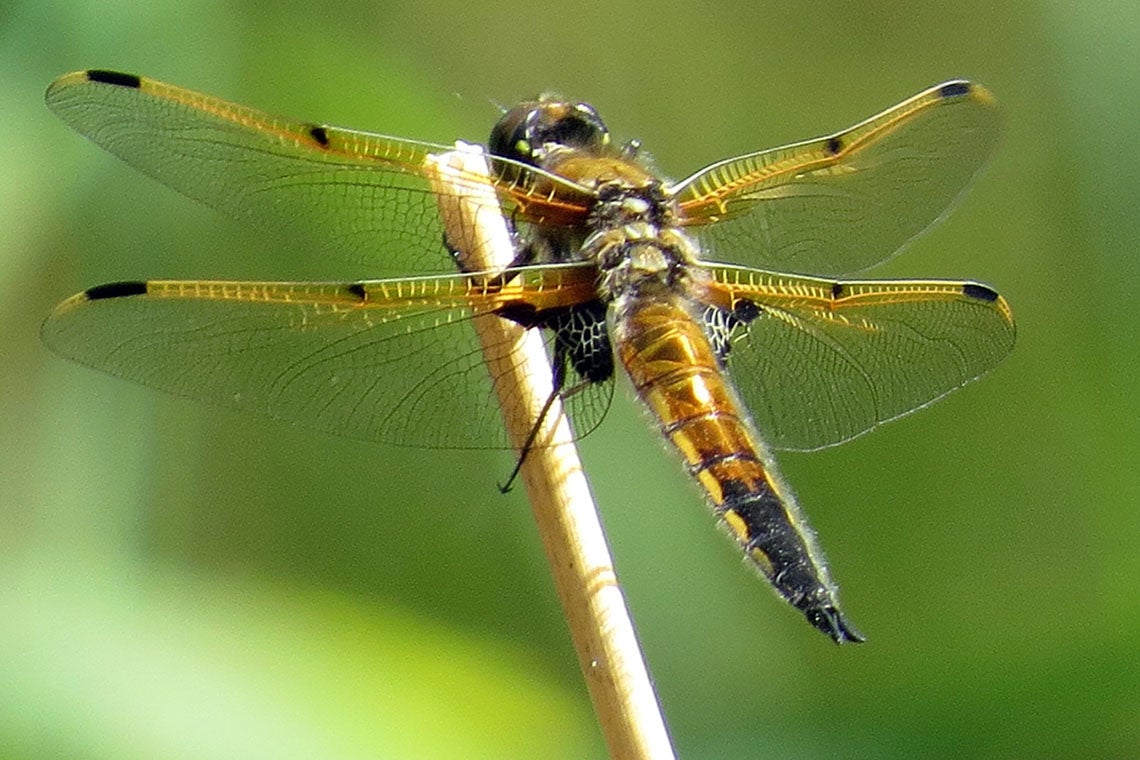 New research by University of Toronto scholars reveals that understanding small physiological activities in dragonflies could reveal a deeper understanding of how they interact with other organisms in an ecosystem.

“We often think communities [of dragonflies] are so complex,” says Shannon McCauley, an assistant professor of biology at U of T Mississauga. “It looks like the underlying physiological mechanisms could simplify our understanding of ecological dynamics.”

Dragonflies are common near lakes, streams and ponds where they catch insects like mosquitoes, moths and midges. Although they seek cover in plants and have large eyes with nearly 360-degree vision, they can become prey for birds, fish, spiders, frogs and even other dragonflies. After hatching from an egg, dragonflies live in water as aquatic nymphs, feeding on insects, tadpoles and small fish. In a paper published in the latest issue of the Proceedings of the National Academy of Science, McCauley and her colleagues, Denon Start, a PhD candidate, and Ben Gilbert, an associate professor in the department of ecology and evolutionary biology, studied 17 species of nymph-stage dragonflies in ponds in and around the Koffler Scientific Reserve, located roughly 60 kilometres north of the downtown U of T campus. .

But the team took this a step further. They were able to link high levels of an enzyme called lactate dehydrogenase (Ldh) to high activity rates and high levels of the enzyme arginine kinase (Ak) to fast burst speeds.

The team found that the activity of these two enzymes accounted for more than 80 per cent of the variation in dragonfly community composition.

“It’s a further step down the scale of biology,” says McCauley. “It suggests that we can look at these low levels of biological co-ordination and make predictions about communities."