Doing the devil’s work: How U of T's Elizabeth Bagshaw became a pioneer in women's health 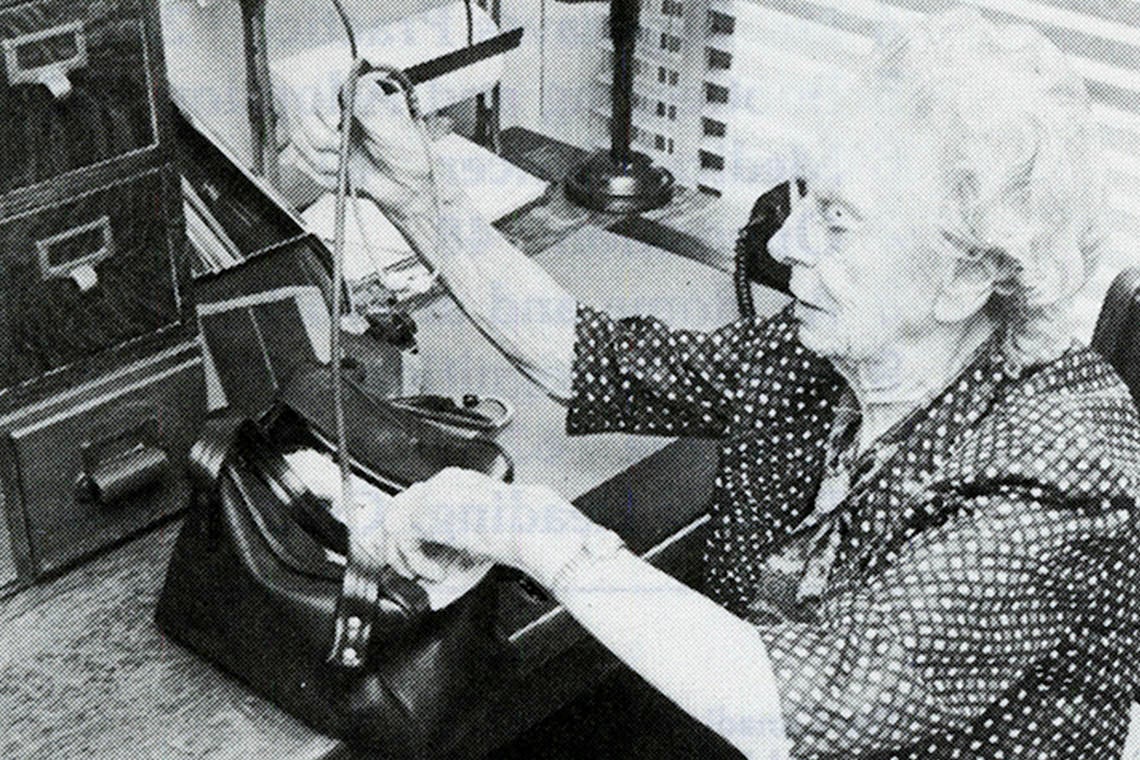 Dr. Elizabeth Bagshaw packs her medical bag before making house calls in Hamilton in 1976 (photo by the Hamilton Spectator, courtesy of the Hamilton Historical Collection)

The local bishop called her a heretic. The Criminal Code deemed her work illegal. But Dr. Bagshaw was more concerned with helping women at Canada's first birth control centre.

In September of 1901, 19-year-old Elizabeth Bagshaw came to the University of Toronto to register for studies in medicine. She had just arrived in the city the day before from her family farm near Cannington, Ont. When she entered the registration area, she noticed most of the women were in the line to enrol for arts courses. She joined the queue that was almost entirely men – to register for medicine. One young man tried to redirect her. I’ll stay here, she said. The reaction of the men was one of amused disbelief.

“They just laughed,” Bagshaw said in the National Film Board of Canada movie Doctor Woman: The Life and Times of Dr. Elizabeth Bagshaw.

It was the beginning of a life of defying expectations for Bagshaw who, after earning her medical degree from U of T in 1905, would set up a successful practice – exceedingly rare for a woman in the early 20th century. She became medical director of Canada’s first and illegal birth control clinic in 1932 and spent more than three decades at the centre empowering women to control their reproductive health and plan the size of their own families.

During her years at U of T, Bagshaw thrived under the challenge of medical school. Many of her classes were held at the Ontario Medical College for Women and she was particularly adept at dissection – her professor praised her proficiency at dissecting cadavers – likely due to her steady, level-headed nature and ambidexterity. She and the other women did, of course, face gender discrimination: classes such as obstetrics and dissection were segregated, teasing from male classmates occurred and women were pushed into the field of obstetrics or pediatrics.

“I’d [have] liked to have gone through for a surgeon, but in those days there was no chance,” she said in Doctor Woman. “They wouldn’t have trusted a woman in those days to be a surgeon.” 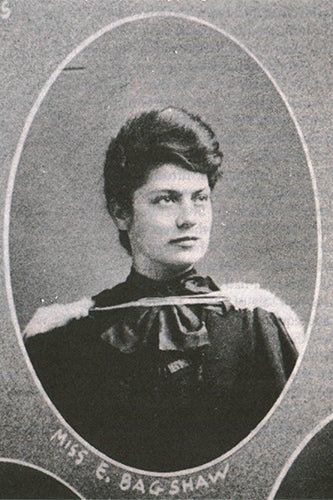 After moving to Hamilton, Ont., to begin her career, Bagshaw (photo, right, courtesy U of T Archives) found that maternity work was the mainstay of her practice. Many of her patients were recent immigrants, often Italian, raised in the tradition of midwifery – and this made them much more comfortable with a female doctor. In the early days, Bagshaw rented a horse and buggy from a livery to make house calls during the day; at night, she would bike to homes to deliver babies. So successful was she at maternity work that for three years in a row she signed more birth certificates than any other doctor in Hamilton.

Like every doctor of the time, she also ministered to patients suffering from life-threatening illnesses such as tuberculosis, smallpox and typhoid – in the days before the necessary antibiotics and immunizations existed. Bagshaw herself caught the Spanish flu – which killed tens of millions throughout the world from 1918 to 1920 – but made a full recovery. It was not possible, however, to make a full recovery from her personal losses: In the summer before her final year of medical school, her father had died in an accident on the farm, falling off a ladder and breaking his neck. Then, during the First World War, her suitor, Lou Honey, was killed in the line of duty. Before he had enlisted as a soldier, Honey had given her a diamond ring. He died in 1915. For many years, a picture of him in uniform remained on Bagshaw’s wall.

It was against the hardscrabble backdrop of the Great Depression that Bagshaw’s pioneering work with Canada’s first birth control clinic began. One day in 1932, a woman named Mary Hawkins paid a visit to her office. Hawkins – who did much volunteer work with women and children – had opened the clinic on March 3, 1932, to offer contraceptives and information on family planning. However, the doctor they hired resigned three weeks in, and Hawkins had come to implore Bagshaw to sign on as medical director.

The stakes for those involved in the clinic were extremely high: It was an indictable offence – liable to two years in prison – to sell or advertise contraceptives or to instruct people on how to use them. One clause in the code offered hope: if one could prove “public good” was served by their actions, they could avoid conviction. But no one wanted to be put in the position of a long, expensive trial or risk being jailed.

Bagshaw initially turned down the position of medical director. It was not out of legal concerns: She was not one to back away from a fight. But she was time-constrained as a doctor with a thriving practice and a young adopted son to raise.

Then, she changed her mind. As a physician, she had borne witness to the hardships that many large families faced, and the physical problems women suffered from bearing many children. Now, in addition, there was the relentless poverty caused by the Great Depression: husbands on relief, great numbers of children that couldn’t be fed or cared for. In the 1930s, the maternal death rate in Canada was high. Many women also died trying to perform abortions on themselves, or while undergoing the procedure illegally. Bagshaw believed informing and helping women in the arena of family planning was the right thing to do – for them and their families. “I had so many patients who were having babies nearly every year or two years, and their husbands were out of work, and they hadn’t enough to eat. Why should they go on having more children?” she said, pragmatically, in the book Elizabeth Bagshaw, by Marjorie Wild.

And so, almost every Friday afternoon for the next 34 years, Bagshaw would work in the clinic: She would fit women for diaphragms, instruct them on the proper use and then have them come in for a followup. She did not receive a salary – only a small honorarium fluctuating between $100 and $200 a year. The number of women who sought her help was well beyond the clinic’s predictions: In the first year, they expected about 60 women. Almost 400 came. 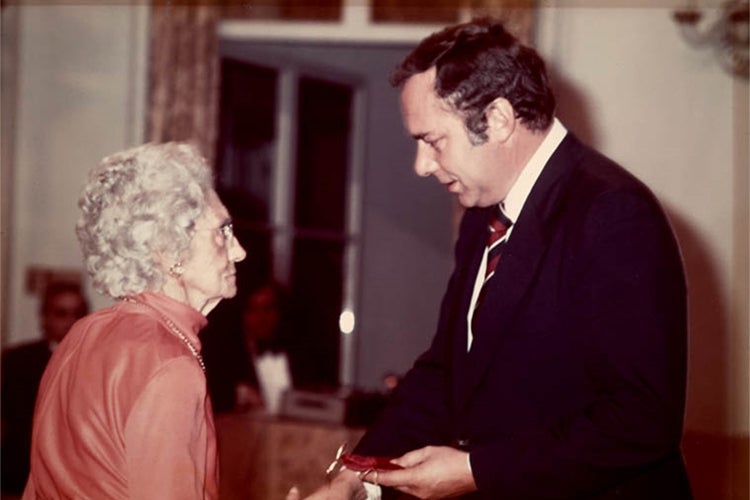 Dr. Elizabeth Bagshaw, CM, receiving the Governor General's award for the Persons Case (photo courtesy of the Government of Canada)

In retrospect, this likely didn’t shock them. The clinic provided the first opportunity most women ever had to learn about their own bodies and control their reproductive destinies. Prior to the clinic, men were the gatekeepers to women’s health in Canada. Men headed the educational and medical systems that controlled knowledge about birth control. They helmed the pulpits that made the religious creeds against using contraceptives. They ran the courts that judged birth control as unlawful, and spoke loudest in the court of public opinion that deemed it immoral. The women who ran the clinic cut through this socially constructed shame, countering that birth control was “about as immoral as a good day’s washing is immoral.”

“The challenges that [Bagshaw] faced during the Depression are similar to challenges that doctors in many countries face today, whether it is in countries where bias against women prevails or in countries where sexuality is not understood as a natural and important part of life,” says U of T’s Rebecca Cook, a professor emerita at U of T’s Faculty of Law and co-director of the Reproductive and Sexual Health Law Program. “Her legacy continues to motivate doctors today. She understood that neglecting health care that only women need contributes to their subordination.”

One of the clinic’s staunchest opposers was the Roman Catholic Church. Bishop J.T. McNally of Hamilton incessantly attacked Hawkins and Bagshaw at the pulpit, referring to them as “devils and whores,” and birth control policies as “blasphemous, degrading, dehumanizing.”

“The bishop always warned the [nursing] graduates not to come near the [clinic] because it was run by heretics and devils,” said Bagshaw in Doctor Woman. “I was the devil. I didn’t worry about it.”

“It was the best advertising we had,” she added. “It was against the law to advertise, therefore we couldn’t say anything, but he advertised it – then I’d tell the nurses, ‘Be sure to be on time, don’t be late at the next two or three clinics because we’ll have a number of Roman Catholics there.’ And we always did.” 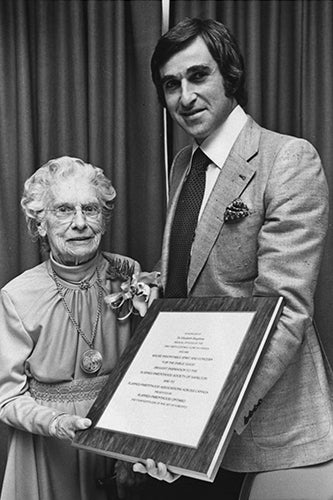 In September 1936, a trial brought the issue of the legality of distributing and advising on birth control to a head. Dorothea Palmer, a nurse with the Parents’ Information Bureau in Ottawa, was charged with advertising birth control after visiting women in their homes to teach them about family planning. After a tense 20 days of trial, a verdict was reached: she was not guilty. The magistrate found that Palmer had, indeed, acted for the “public good.” The case was appealed. She won again.

After that, the most stressful, worrisome years were over for the clinic. The fear of being charged or imprisoned had dissipated. But it wasn’t until 1969 – three years after Bagshaw retired from the clinic, that the birth control law was officially changed.

Bagshaw didn’t retire from her own practice until the age of 95 in 1976, which made her the oldest physician practising in Canada. (At that time, she had about 50 patients all over the age of 80.) She died at the age of 100. For her pioneering work, she had been inducted into the Canadian Medical Hall of Fame, invested into the Order of Canada and had an elementary school in Hamilton named in her honour. Bagshaw had greatly advanced the concept of health-care equality: Regardless of what opinions one held, society was not entitled to impose them in a way that impeded the health of another.

“In addition to her courage in facing prejudice and stigma, her work contributed to our understanding of health equity. She understood that health-care services need to be provided in an equitable way to all women, in a way that attends to their sex-specific health-care needs,” says Cook. “Now, international human rights law recognizes that for women to be equal, in fact, their sex-specific health-care needs have to be accommodated.”