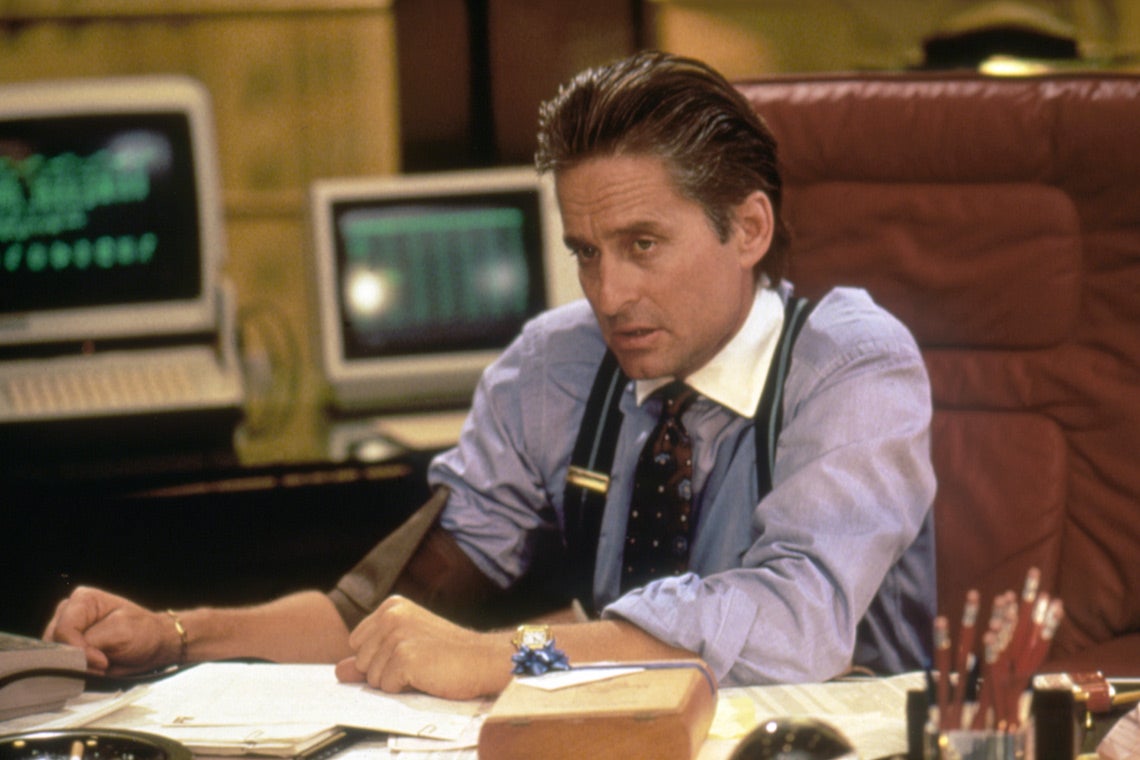 In Oliver Stone’s 1987 hit movie Wall Street, Gordon Gekko famously delivers his “greed is good” speech to justify buying and breaking up companies before selling them for a healthy profit. Meant to be a cautionary tale about the excess and get-rich-quick financial schemes of the 1980s, it certainly isn’t unique among works of fiction and non-fiction in its critical portrayal of the financial industry.

But in his new book Negotiating Business Narratives, Sandford Borins, a professor of strategic management at University of Toronto Scarborough and the Rotman School of Management, challenges many of the popular narratives about business and the business world. Using movies, novels, biographies and histories written about the IT, automotive and financial trading sectors, he shows that how we think about these industries is often shaped by what we read in books or watch on the big screen.

Writer Don Campbell recently sat down with Borins to explore how these narratives can shape our perception of these industries and influence everything from career choices to key public policy decisions like regulating the financial industry. How did you go about exploring the popular stories done about these industries?

So examples of the corporate nirvana are the 1984 book Iacocca: An Autobiography, which explores auto executive Lee Iacocca’s career in the car industry, or Walter Isaacson’s biography of Steve Jobs. Examples of the corporate nightmare include the documentary Enron: The Smartest Guys in the Room, or the 2011 book Once Upon a Car that follows the decline of the big three automakers.

What we found is that these industries populate the stories in very different ways, and they have different dominant fables and counter fables. An important question we explore is how do audiences react to these different stories? How are people’s opinions of these industries shaped by these popular narratives, and what type of reaction do the authors, filmmakers and producers want to get from their audiences?

So how do certain narratives emerge?

The dominant stories that emerge are very much the result of the phase of development the industry is in and how it's being covered in the media. Take the IT industry for example, which was in a rapid growth phase in the 1980s, 90s and into the 21st century. Many of the stories about the early days of Steve Jobs and Bill Gates and Silicon Valley are mostly complimentary. These stories explore rivalry between companies, the strong personalities, or an industry changing the very way we live and do business. So it’s mostly very exciting stuff.

Compare that to financial trading, where most of the stories being told were and still are of predation and criminality. It started in the 1980s with the insider trading scandals and continued later with criminal litigations against leading people in the financial industry including Bernie Madoff, Jeffrey Skilling and Jordan Belfort. These cases provided interesting and exciting material for writers and filmmakers.

So while there were people in this industry who were building empires and making money by playing by the rules, I think the stories about people who try to make their money by cheating are more interesting for audiences. This is the case with Wall Street, Boiler Room, Enron, The Big Short, Wolf of Wall Street, the list goes on.

Is there any way to tell how influential these works have been?

There’s no quantitative research I know of that looks at how many people decided to get into certain industries based on what they read or saw at the movies. But that doesn’t mean they aren’t influential. Take the character of Gordon Gekko. He was meant to be the villain in a cautionary tale, but so many young men – and it’s almost always young men – took him to be a role model. That has implications. You see the references in secondary literature, in speeches by politicians and even with Michael Douglas self-reporting on the number of times he gets accosted by people saying he was their role model in Wall Street. I would bet that many young men have more recently taken Jordan Belfort from the Wolf of Wall Street as a role model.

There was also a popular speech made by then-Australian Prime Minister Kevin Rudd during the financial crash in 2008 decrying the mess made by the so-called “21st century children of Gordon Gekko” who were responsible for ruining the economy. I think that a movie like Inside Job also built popular support for the Dodd Frank Act, which set regulations on the financial sector.

When it comes to IT, there’s this popular narrative of the wildly successful start-up. As a consequence, huge numbers of technically adept people want to create their own start-ups. But what most people don’t realize is that the odds of becoming a truly successful and highly profitable company are very, very small. Many don’t realize they may have a more satisfying life if they go to work for a large company. It’s a big gamble because many moderately successful start-ups end up with the founding entrepreneurs selling their intellectual property for a reasonably small amount of money – let’s say one or two million dollars – after years of tremendous personal sacrifice. Is this the most socially efficient way of recruiting people to the technology sector? I don’t know if it is.

What would you say to people who watch movies or read books about these industries?

Having a critical lens when consuming popular culture is important. You need to understand who is telling the story and what they are trying to get you to do with the story they’re telling. Take a movie like Inside Job. You should come out with an understanding of what the filmmaker wants you to think about the industry. It’s also important to know that distilling complicated topics into readable or watchable stories often doesn’t leave room for nuance.

It’s also important to understand the broader cultural or social context in which the work is being produced. For the most part popular movies and books about the IT industry over the past 30 years have been laudatory. But I think the winds are beginning to change and more attention will be drawn to the dysfunctions in that industry.

What inspired you to write this book?

There’s a strong connection to teaching. Over the past 25 years I’ve been teaching a course at U of T Scarborough called “Narrative and Management” that explores how popular narratives about public and private organizations are developed and portrayed in works of fiction and non-fiction.

My co-author, Beth Herst, also happens to be my wife. Her background is in English literature; she did her PhD at the University of London on the writings of Charles Dickens. So the focus on management came from me, while the literary and critical film analysis came from her. It was a true intellectual collaboration.