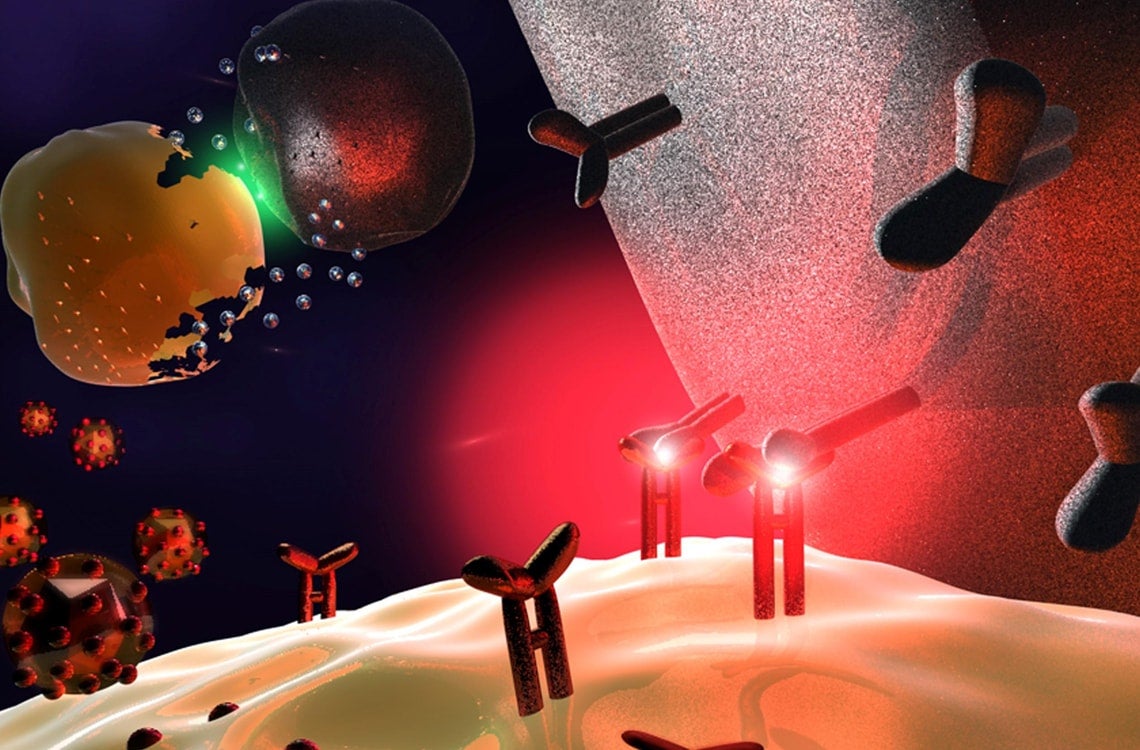 Green glow indicates NK cells killing a viral cell. The red glow indicates how the virus tricks the immune system into treating it like a non-viral or healthy cell (illustration by Joey Trautmann)

Associate Professor James Carlyle was unconvinced at first. His doctoral student Oscar Aguilar had just brought him lab data showing how “natural killer” or NK cells, a key part of the immune system’s defence against pathogens and cancer, are targeted by a common virus.

“I’d been working on this for so long – my scientific lifetime – that I was a bit skeptical at first,” says Carlyle of the Faculty of Medicine's department of immunology at U of T and a senior scientist at Sunnybrook Research Institute.

He even had Aguilar remake the reporter cells, which the lab uses to track protein interactions, to be sure they weren’t contaminated.

Finally, both were convinced their results were accurate. A viral decoy protein called m12, derived from mouse cytomegalovirus or MCMV – a virus similar to human cytomegalovirus or CMV that can cause serious health problems – binds to a key family of NK cell receptors, inhibiting their function.

The journal Cell published their results online last month. The findings provide a deeper understanding of the evolutionary interplay between viruses and NK cells, white blood cells that act as sentinels for the immune system. Aguilar likens that interplay to an evolutionary arms race with each side gaining momentum at various points over millennia. 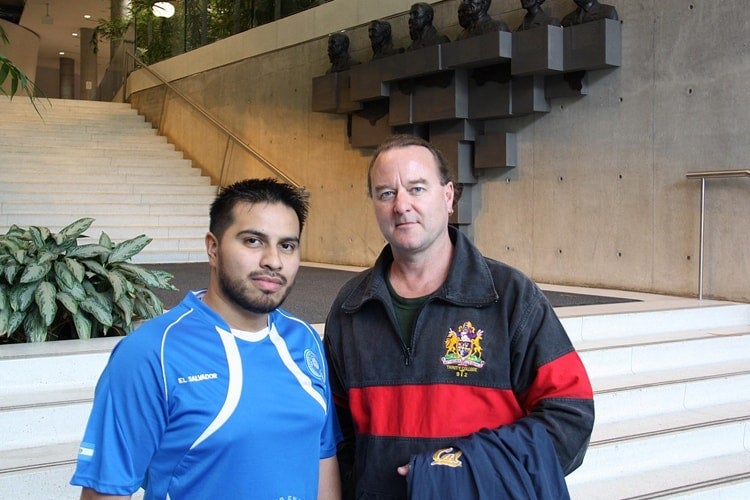 Right now, the virus has the upper hand. It tricks the immune system by making viral cells appear as healthy cells, in part by binding to an inhibitory receptor that prevents NK cells from attacking; however, in some mice it also binds to a stimulatory NK cell receptor. Critically, the virus wins when inhibition takes place, but the host wins when activation occurs.

If a similar process is at work in human cells – and Carlyle’s lab has some early evidence that it may be – the results could provide the basis for new treatments for human CMV. Most people carry the virus without knowing it, but it can cause major organ damage, death in newborns and people with weakened immune systems.

One potential treatment option is passive immunotherapy, in which elements of the immune system such as antibodies are engineered in the lab and given to patients. Another option is a vaccine, which stimulates the body’s own immune response.

For Carlyle, the research follows 22 years of work on NK cells, and more than a decade of international collaborations on the NK cell receptor family.

Read more of the story