Did you know you can read campus paper The Varsity in Chinese? 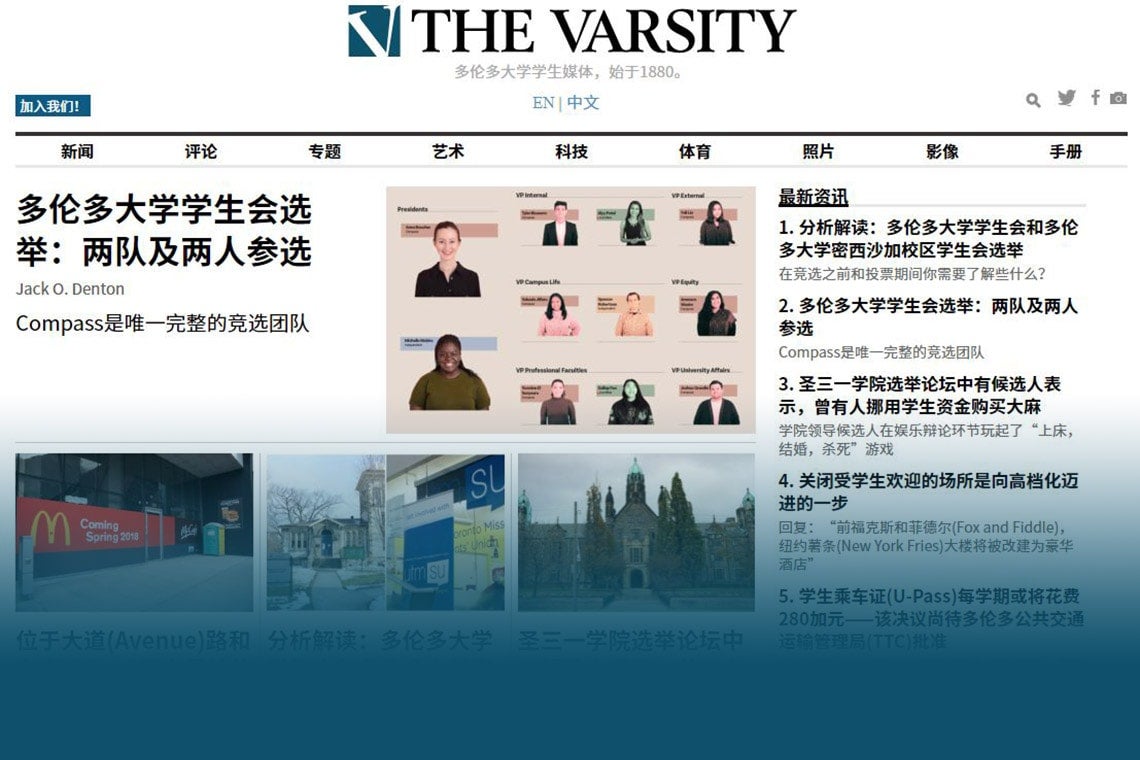 Following in the footsteps of major papers like the New York Times and Vancouver Sun, the University of Toronto's student-run campus newspaper, The Varsity, launched a Chinese-language website.

With just two web developers and $200, students at the paper and a U of T club started the Chinese-language site last fall, which features articles written in English and translated by student volunteers.

The Varsity is trying to reach a large Chinese readership on campus, including international students from China who number over 10,000, Editor-in-Chief Jacob Lorinc told University Affairs.

The project's managing editor and a third-year student, Charlotte Shen, told University Affairs that the site is attracting a sizeable audience.

“We just hit 7,200 views – that’s more than half of the Chinese international population at U of T.”

See more in The Varsity Experts from U of T, city and other post-secondary institutions meet to discuss pandemic recovery