Did U.S. President Donald Trump change his tone? U of T experts share insights on his speech to Congress 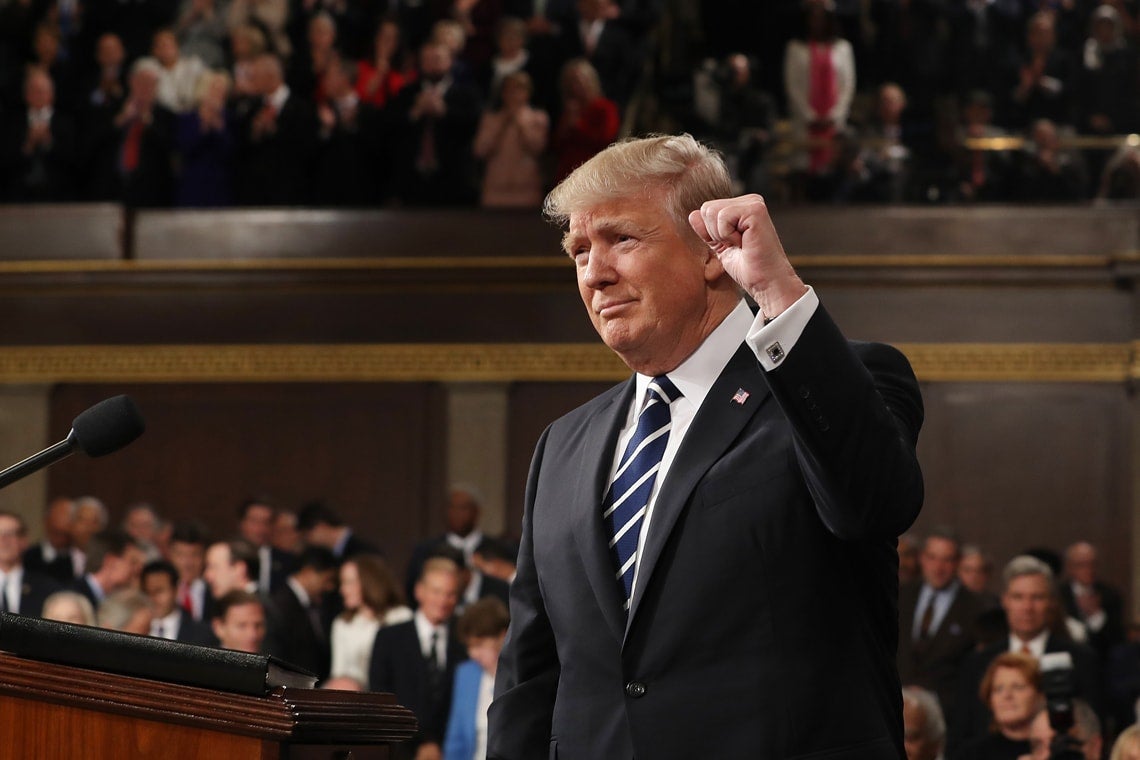 After U.S. President Donald Trump adopted a more civil tone in his speech to Congress, calling for unity and saying the "time for trivial fights is behind us," some say he has turned over a new leaf.

But U of T professors Robert Bothwell and Melissa Williams remain sceptical.

Bothwell, who specializes in modern diplomatic and political history, says Trump will have trouble delivering on his “very vague” promises. He says the proposal to increase military spending was a show of strength “obviously targeted” at China, which is expected to nearly double its defence spending this decade. Williams, a professor of political science and founding director of U of T's Centre for Ethics, is a senior visiting scholar at the Harvard Kennedy School this year. She says it's too soon to tell if Trump has changed his tune. 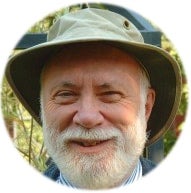 President Trump's speech was more subdued than usual – what do you make of it?

I think it's quite remarkable when a perfectly ordinary speech delivered off of a teleprompter becomes a sign of clear improvement on the part of the president of the United States. It really is a low bar for him to jump over. It was relatively coherent so in that sense, by Trump standards this is pretty good. By any other standards, it's very vague, and it's full of rhetorical phrases that mean essentially nothing. The point there is that he did not alarm anyone.

Is Trump really trying to bring the country together?

It's more or less what any president would say in such a speech – it's boilerplate. He's appearing before Congress and he's appealing for Democratic or bipartisan support, but at the same time, earlier in the day, he calls the Democratic leader in the House incompetent. Conciliation Trump-style seems to be a matter of circumstance and occasion.

The president reaffirmed his protectionist “buy American, hire American” stance. If he follows through, what impact will this have?

Consider where he's likely to apply it. He's talking about this infrastructure reconstruction, which according to Trump will employ millions and millions of Americans. Well, it's not the 1930s. We're not sending people out with a pick and shovel. In any case, he doesn't have the budget. It's very unclear to me that the Republicans in Congress are willingly going to vote for a trillion dollar reconstruction project that they wouldn't do for Obama. These guys want to lower taxes on the rich and want to restrict public spending as much as possible.

Trump pledged to boost spending on the military – what's the motivation behind this?

This is a reprise of Ronald Reagan in 1981. Reagan came in with these big spending plans, and indeed he accomplished them. He spent a lot of money, and he did a lot of silly things. Reagan, for example, re-commissioned a couple of World War II battleships because they were big and impressive. The themes are remarkably similar. Here's Trump flexing his American muscles, and what is the likely result to be? Let's suppose he does spend the $54 billion. There probably will be some new toys. But a lot of it will be wasted, and I'm pretty sure the military does not have serious plans as yet for being able to channel that kind of spending.

It's consistent with his point of view on American strength. China is obviously the target here. No other country comes even halfway to American military spending. I tend to think of Trump's military adventurousness as more psychological than real, reassuring Americans and reassuring himself.

Trump didn't dwell on immigration reform in his speech, but he did mention the wall with Mexico and the creation of an agency, tackling immigrant-committed crimes. Will this anti-immigrant rhetoric work?

It's a spurious issue. And he milked it in the way unfortunately that Americans have gotten in the habit of doing. They'll create a useless organization that'll prove to be useless. They'll discover that they don't have very much to do.

It's political theatre, and politics is theatre. But frankly, I find it absolutely lowers the standard of discussion because you're just looking at some kind of shadow show. 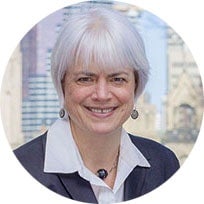 Do you think the more hopeful tone of Trump's speech last night marks a change in leadership style?

The tiger's stripes are already fairly sharply painted so I will be surprised if he is able to change them. He made a lot of positive projections about the economy, but he has been making those projections all along.

The conciliatory gestures that he made were interesting and important. It will be interesting to see if he actually follows through.

In his opening, he acknowledged the hate crimes and desecration of Jewish cemeteries, the hate-motivated murder of Indian immigrants in Kansas. By opening the speech with that, it was certainly a conciliatory gesture to those who have been criticizing him for stirring up bigotry and not taking responsibility for the hateful acts that others have been emboldened to commit.

That gesture may be hollow, but my mind is still open on this.

Why was there a different tone in this speech compared to the Inaugural Address?

I imagine it's because he really dropped in the polls. As much as he dismisses the polls as fake news, he watches them very, very closely, and he cares a lot about his popularity. He thinks that by tossing a few bones to his critics, he might gain a few points.

Some of his plans stray from Republican orthodoxy. Based on this speech, do you think he will be able to find common ground with a Republican Congress?

You can provide insurance to people with pre-existing conditions through a high-risk pool and then charge them massive deductibles and premiums.

It's like saying everyone in the United States has access to a Harvard education because they can apply.