Did a retired U of T professor discover a lost Vincent van Gogh sketchbook? 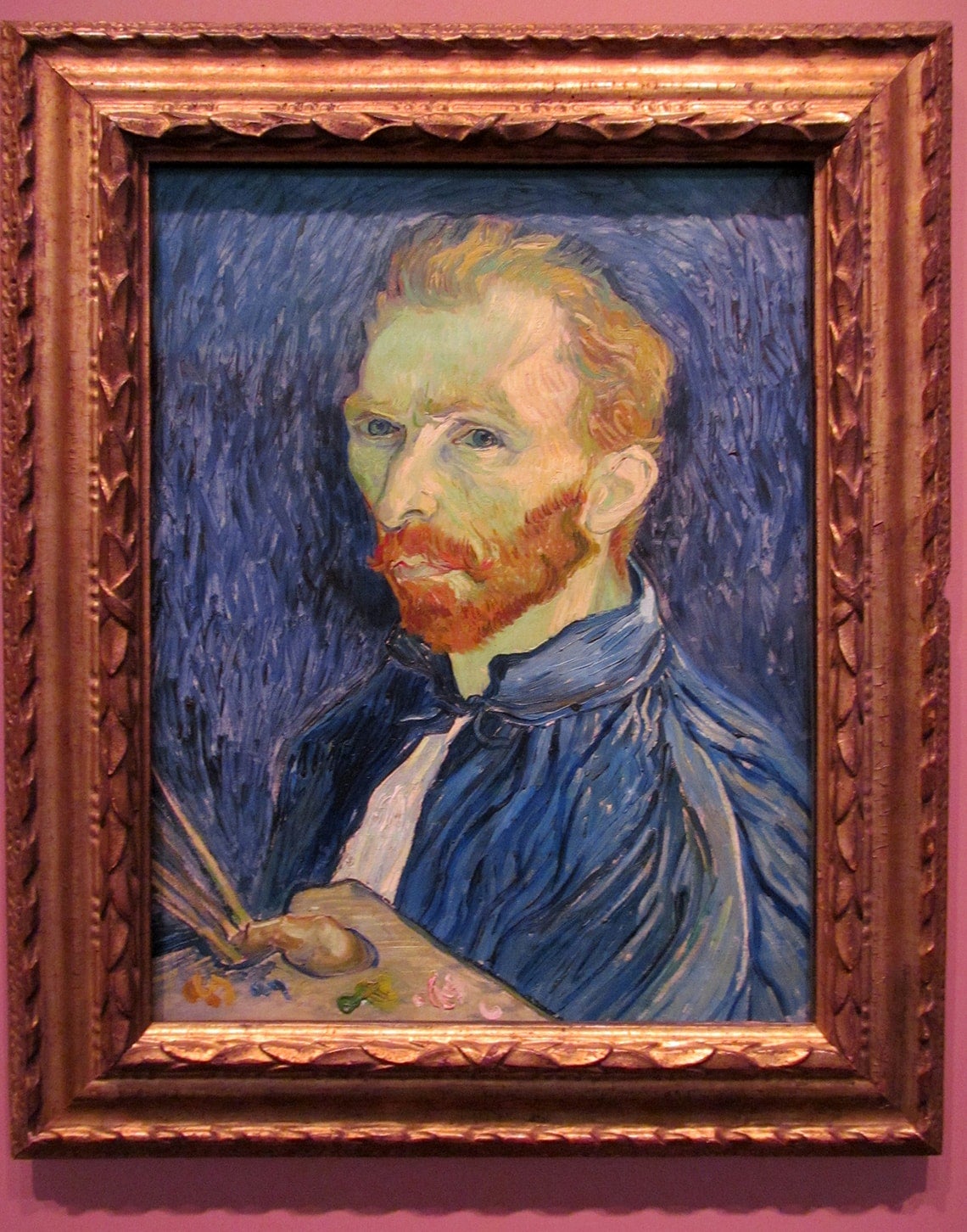 Vincent van Gogh's 1889 "self-portrait." One of 43 such self portraits from the artist, this one is from the National Gallery of Art in Washington D.C. (photo by rocor via Flickr)

But the book, which was published around the world today, is now generating controversy. The Van Gogh Museum in Amsterdam says the drawings in the "lost" sketchbook are "imitations of Van Gogh's work and that the notebook raises many questions."

"At an earlier stage (in 2008 and 2012), our experts gave their opinion on its authenticity – an opinion not mentioned in the publication – at the request of various owners of drawings from the album," the museum says in a statement on its website. "Our researchers and curators are happy about every new work that can correctly be attributed to Van Gogh, but on the basis of high-quality photographs sent to them of 56 of the 65 drawings now published, they concluded that these could not be attributed to Vincent van Gogh."

Welsh-Ovcharov has said the lost sketchbook contains drawings from what art historians believe is the most significant period of Van Gogh's life. At the time, he was living in the south of France. He produced some of his most famous paintings, but he was also suffering from a mental illness that led him to cut off his ear.

Welsh-Ovcharov is considered one of the world's top experts on Van Gogh. She taught art history for more than 25 years at U of T Mississauga's department of fine art in what was then-called Erindale College.

The globally recognized art historian was the first non-French art scholar to be invited to curate the inaugural exhibition for the Musée D'Orsay in France. In 1994, she was awarded the “Chevalier dans l'Ordre des Palmes Académique“ for her scholarly contributions to French art history. She also curated exhibitions on the work of Van Gogh and his contemporaries including "Vincent van Gogh and the Birth of Cloisonism" (Art Gallery of Ontario, Vincent van Gogh Museum in Amsterdam).

Read the Globe and Mail story on her discovery

Her articles have appeared in the British Art Journal, The Burlington Magazine, and she was a contributor to an exhibition “The Mystical Landscape: From Claude Monet to Emily Carr,” organized by the Art Gallery of Ontario in 2016, and the Musée D’Orsay in Paris in 2017.

Three years ago, she was visiting France when she was asked by a local art scholar to look at an album that could contain some of the Van Gogh's material.

"When I opened it up, the first thing I said was, 'No, unbelievable!'" Welsh-Ovcharov told CBC News. "The first drawing that I took out and held in my hands, it was a moment of total mystical experience: 'Oh my goodness, this is impossible!'"

But the museum says that after examining a number of the original drawings in 2013 and now reading Welsh-Ovcharov's new book, their experts have not changed their minds.

"Their opinion, based on years of research on Van Gogh's drawings in the museum's own collection and elsewhere...is that the drawings in Vincent van Gogh: The Lost Arles Sketchbook are imitations of Van Gogh's drawings," the museum says on its website. "The experts examined the style, technique, materials and iconography of the drawings in the sketchbook. Among their conclusions were that it contains distinctive topographical errors and that its maker based it on discoloured drawings by Van Gogh."