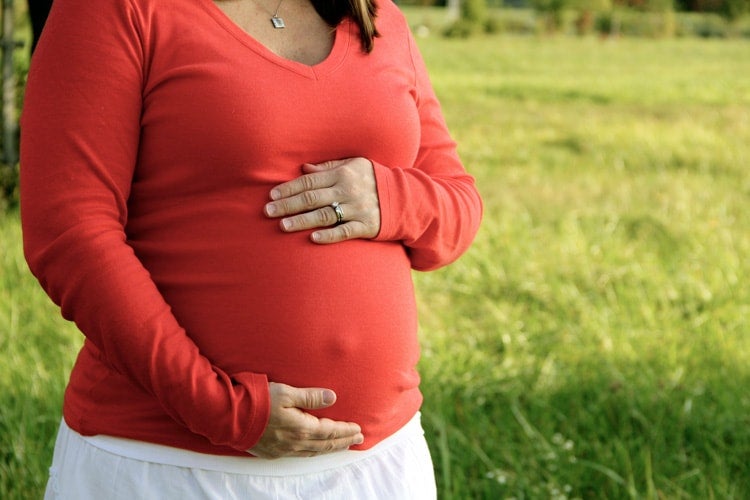 Researchers at the University of Toronto and Kaiser Permamente have discovered a simple, accurate new way to predict which women with gestational diabetes will develop type 2 diabetes after delivery.

The discovery would allow health care providers to identify women at greatest risk and help motivate women to make early lifestyle changes and follow other strategies that could prevent them from developing the disease later in life.

Gestational diabetes is defined as glucose intolerance that is first identified during pregnancy. It occurs in three to 13 per cent of all pregnant women, and increases a woman’s risk of developing type 2 diabetes by 20 to 50 per cent within five years after pregnancy.

The joint efforts of the University of Toronto’s Michael Wheeler, a professor in the department of physiology, and Erica Gunderson, senior research scientist with the Kaiser Permanente Northern California Division of Research, led to development of a technique called targeted metabolomics to better predict the development of type 2 diabetes in women with recent gestational diabetes.

Typically, diabetes is diagnosed by measuring blood sugar levels in the form of glucose, an important fuel used by cells in the body. The researchers identified several other metabolites that indicate early changes that signify future diabetes risk long before changes in glucose levels occur.

The team tested fasting blood samples collected from women with gestational diabetes within two months after delivery — predicting with 83 per cent accuracy which women would develop the disease later on. These results were significantly better at predicting the development of type 2 diabetes than conventional methods, a fasting blood test followed by the time-consuming and inconvenient oral glucose tolerance test.

“After delivering a baby, many women may find it very difficult to schedule two hours for another glucose test,” says Wheeler, who is also a senior scientist at the Toronto General Research Institute. “What if we could create a much more effective test that could be given to women while they’re still in the hospital?  Once diabetes has developed, it’s very difficult to reverse.”

Read more about diabetes research at U of T

“Early prevention is the key to minimizing the devastating effects of diabetes on health outcomes,” says Dr. Gunderson. “By identifying women soon after delivery, we can focus our resources on those at greatest risk who may benefit most from concerted early prevention efforts.”

The fasting blood samples used for this study were obtained from 1,035 women diagnosed with gestational diabetes and enrolled in the Kaiser Permanente’s Study of Women, Infant Feeding and Type 2 Diabetes after GDM Pregnancy, also known as the SWIFT Study, which was funded by the U.S. National Institutes of Health (R01 HD050625). The SWIFT study screened women with oral glucose tolerance tests at 2 months after delivery and then annually thereafter to evaluate the impact of breastfeeding and other characteristics on the development of type 2 diabetes after a pregnancy complicated by gestational diabetes.

The American Diabetes Association recommends type 2 diabetes screening at six to 12 weeks after delivery in women with gestational diabetes, and every one to three years afterwards for life. The time-consuming nature of the two-hour oral glucose test is believed to be one reason for low compliance rates of less than 40 percent in some settings.

The new method may also be able to predict individuals who may develop type 2 diabetes in the general population – a major advance at a time when more than 300 million people suffer from the preventable form of this disease.  A next-generation blood test that’s more simple and accurate than the current options could help to identify individuals who would benefit most from more timely and effective interventions to prevent type 2 diabetes.

Wheeler ((pictured below with Ashley St. Pierre of the Hospital for Sick Children) and Gunderson are now hoping to conduct additional tests in women with gestational diabetes to evaluate racial and ethnic differences in prediction, and investigate high risk groups with prediabetes to learn if metabolomics will predict type 2 diabetes in the general population. 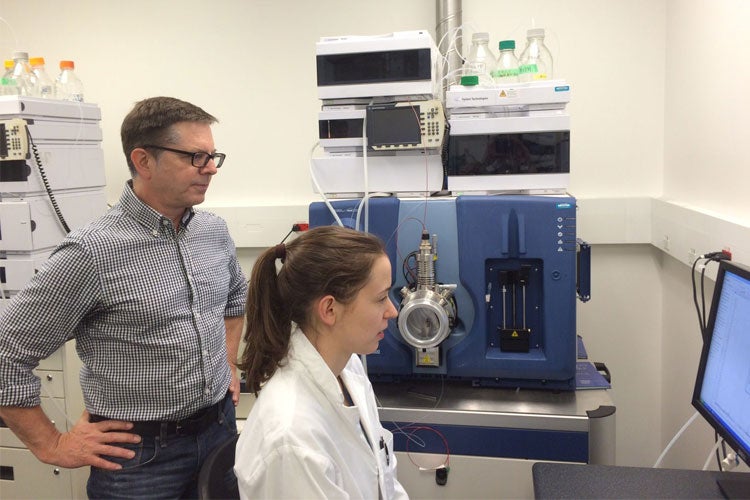