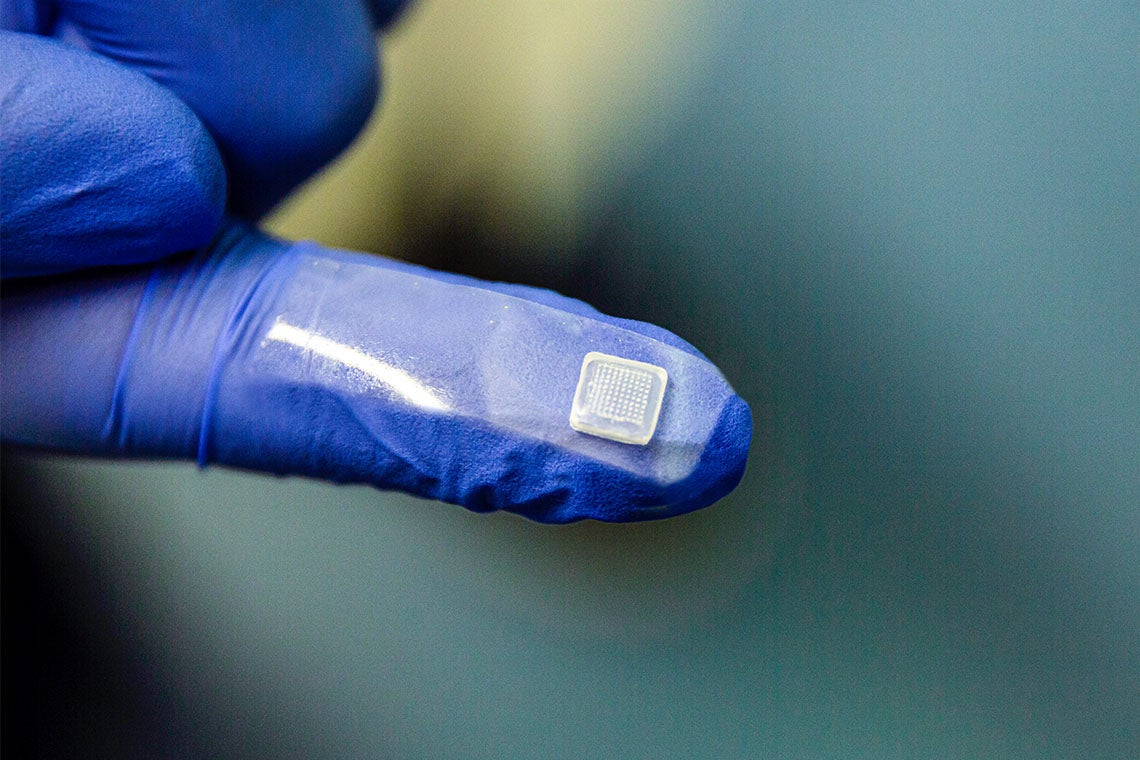 Researchers at U of T have developed an innovative skin patch that can help prevent low blood sugar levels in diabetes patients, a potentially dangerous condition (photo by Steve Southon)

An innovative skin patch developed by researchers at the University of Toronto has the potential to prevent low blood sugar levels (hypoglycemia) in people with diabetes.

A team led by Shirley Wu, a professor in the Leslie Dan Faculty of Pharmacy who studies drug delivery systems, designed a “smart” patch that delivers the hormone glucagon to the bloodstream in response to falling blood sugar, thus preventing the dangerous condition.

The microneedle patch looks like a nicotine patch, but it features 100 tiny needles less than a millimetre long.

A considerable number of people with diabetes need to administer insulin to manage their high blood glucose levels. But intensive insulin therapy may often lead to hypoglycemia, causing sweating, shaking, confusion, seizures and even death. At present, episodes of severe hypoglycemia are treated with an emergency injection or nasal spray of glucagon formulation, but people with diabetes or their caregivers need to recognize the symptoms and deliver an emergency treatment quickly. This is a big challenge for people with hypoglycemia unawareness or who are unable to handle the complex treatment procedures.

With funding from the non-profit JDRF, which funds type 1 diabetes research, Wu’s team developed a disposable, one-time use patch that can currently prevent the condition in animal models.

“The tiny needles penetrate the first layer of the skin allowing access to interstitial fluid to sense glucose levels, but they don’t reach any pain sensors, so the patch application is painless and minimally-invasive,” says Amin GhavamiNejad, a post-doctoral researcher in the Wu lab. 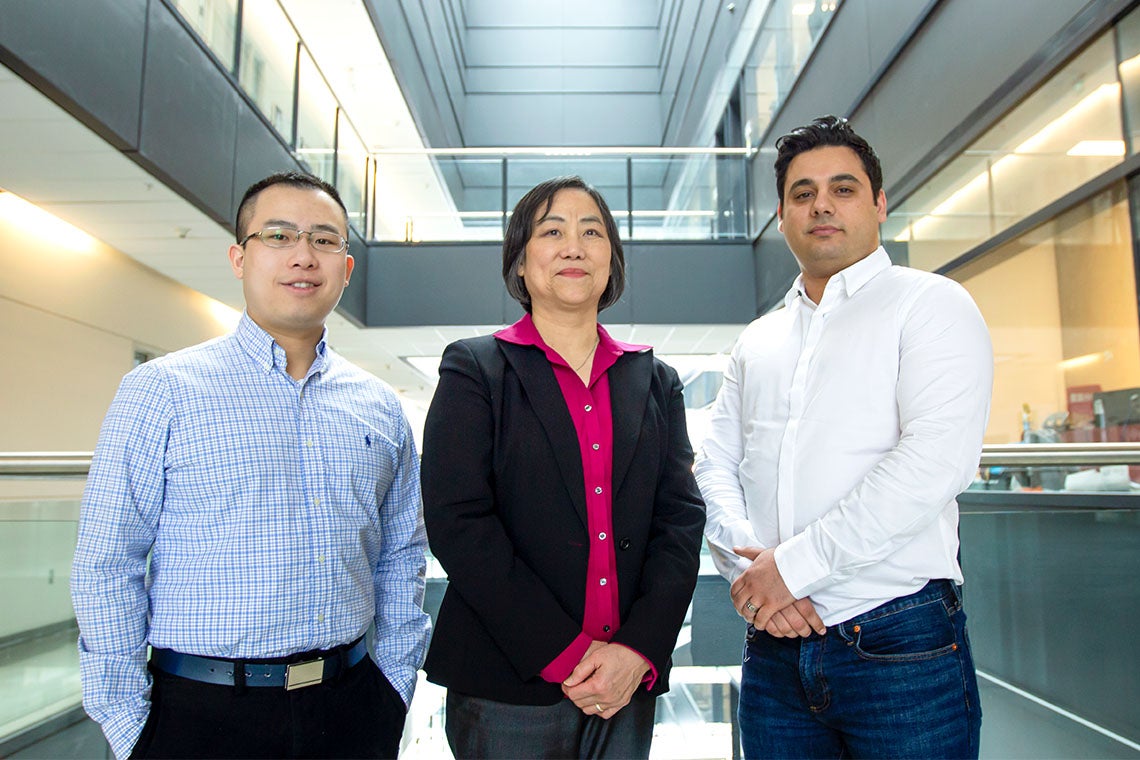 “It circumvents the need for patients or caregivers to recognize the symptoms of hypoglycemia, since it senses the episode and takes care of it automatically,” says Brian Lu, a PhD student in the Wu lab. “This smart design is what makes the patch unique and novel.”

Glucagon is highly unstable, and designing the microgel system so that it could hold glucagon without altering it was a feat in itself. In a paper published in the journal Advanced Materials in 2019, they demonstrated that the patch was successfully loaded with glucagon and that the patch released glucagon in an animal model in response to low blood glucose level, preventing hypoglycemia for up to three hours. The animal studies have been performed in collaboration with Professor Adria Giacca’s lab from in U of T’s Faculty of Medicine.

Since the team published the research several months ago, they say a number of people with diabetes and caregivers have asked when the patch will be tested in clinical trials. More research needs to be done before trials can begin, but the team says it is excited about the potential of this innovative technology to transform diabetes treatment and care.

“Our goal is to benefit patients,” says Wu. “We need to work harder and faster to move this technology to the community.”

Wu says that being based at U of T and in the Leslie Dan Faculty of Pharmacy has been crucial to her group’s work – she has developed collaborations with other researchers and clinicians, received support for technology development and IP protection and received funding from the Banting and Best Diabetes Centre in addition to JDRF.

“At U of T, we have access to everything we need to conduct innovative research,” she says.

GhavamiNejad agrees. “It’s a great environment in the laboratory and in this top university,” he says. “It’s the perfect setting for a group that wants to develop something new that can help patients.”