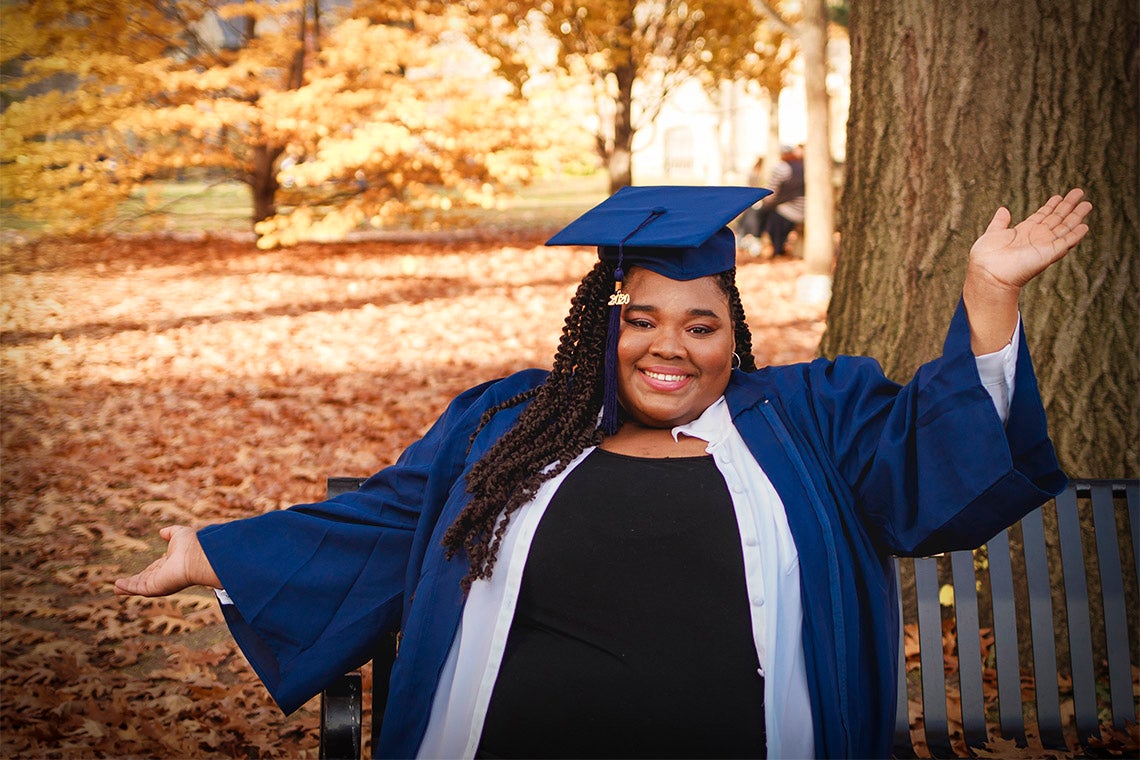 Carisse Samuel, who will graduate from U of T Mississauga later this week, was forced to rebuild her life after being diagnosed with a rare autoimmune disease that attacks the brain (photo courtesy of Carisse Samuel)

When Carisse Samuel joins her fellow graduates at the University of Toronto’s virtual convocation this Saturday, the celebration will be both an academic and personal victory.

In addition to completing assignments and studying for tests in her digital enterprise management program at U of T Mississauga, Samuel was thrown a curveball: a sudden and severe brain injury that profoundly reshaped her life.

Back in November of 2016, Samuel, then 21, was a second-year student living on her own in a rented basement apartment near campus.

She says she was “having a grand old time with friends, going to classes – it was beginning to be one of my best years. I was going to be on the honour roll.”

Then shortly before midterm examinations began, her short-term memory suddenly vanished. She told a friend over Skype that she couldn’t remember anything she’d done that day. A family friend took her to the local emergency department, where she was told she was over-anxious about exams.

The next couple of days were a fog for Samuel. She returned home to Innisfil, Ont., but, at some point, stopped recognizing her mother and experienced two seizures. At the Royal Victoria Hospital in nearby Barrie, Ont., she slipped into a coma following her second seizure. Doctors eventually diagnosed anti-NMDA receptor encephalitis, a rare autoimmune disease that attacks the brain. Informally known as “brain on fire” – after a 2016 biographical dramatic film of the same name – it’s commonly caused by a type of tumour called a teratoma that usually forms in the ovaries. 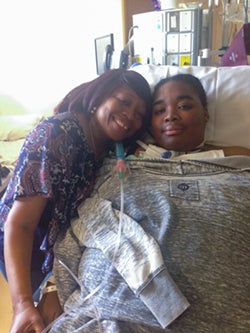 Samuel’s mother, Bernadine, is a nurse and had a solid understanding of the disease. But the expected outcomes for her only child were nonetheless daunting: possible significant dysfunctions in cognition, memory, speech, movement, sleep – even breathing. Some patients become vegetative. A woman with a strong sense of Christian faith, she prayed for her daughter to heal.

After five months in a coma, Samuel awoke to a starkly different reality.

“I woke up in a daze, surrounded by bright lights, machines and me hooked up to wires,” she recalls. “A man in white asks me my name and it takes all the strength I have to mutter my own name.”

Life started from scratch for Samuel. At Toronto West Park Healthcare Centre, she relearned the basics: speaking, eating and walking. Her mother re-taught her how to form letters and read. Social etiquette, respecting boundaries and handling emotions also had to be relearned. Complicating Samuel’s recovery was her “180-degree” personality change. Once calm and collected, she became moody and impulsive. She also had to have surgery to remove both of her ovaries, which made her depressed. But she found solace and hope in a support group for those with acquired brain injuries.

“My motivation was that I needed to graduate school,” Samuel says. “That was something that lit a fire under me. I wanted to finish and walk across that stage and say, ‘I did it.’

“That was really important to me.”

After completing rehab in April 2018, Samuel began her slow but steady return to school. Despite having difficulties focusing and being encouraged by doctors to take the summer off, she decided to take two courses. She credits U of T Mississauga’s Accessibility Services and her patient, supportive professors with helping her manage her workload by providing accommodations such as extra time to complete assignments and tests, and allowing 15-minute breaks from class. She would pass just one of the courses, but, given the circumstances, Samuel considered it a clear win. That fall, she was able to return to school full time with ongoing accommodations.

Now, almost four years after becoming ill, the flames in Samuel’s brain are almost fully doused. She continues to do exercises to strengthen her concentration and her body. She can get overstimulated easily, but takes mental breaks to regroup. And she is still missing some memories. But she has almost fully recovered from her brain injury, which she says her doctors have declared a “miracle.”

Life once again seems full of promise and opportunity for Samuel. Her recovery has enabled her to return to her favourite creative hobbies, including painting portraits and taking photos of people, landscapes and art. Her social life is also back in full swing. A high point during the summer after her injury was going with friends to see Taylor Swift in concert. But at the moment, she is mostly focused on her post-graduate plans: completing a master of information degree at U of T’s Faculty of Information.

“I’ve accepted that I will never truly be the same person I was before my brain injury,” she says. “And, in a way, this journey has shown me the strength that I have – that I didn't know I had before.

“Going through this, I’ve grown so much and I know that nothing can stop me from achieving my goal and dreams.”