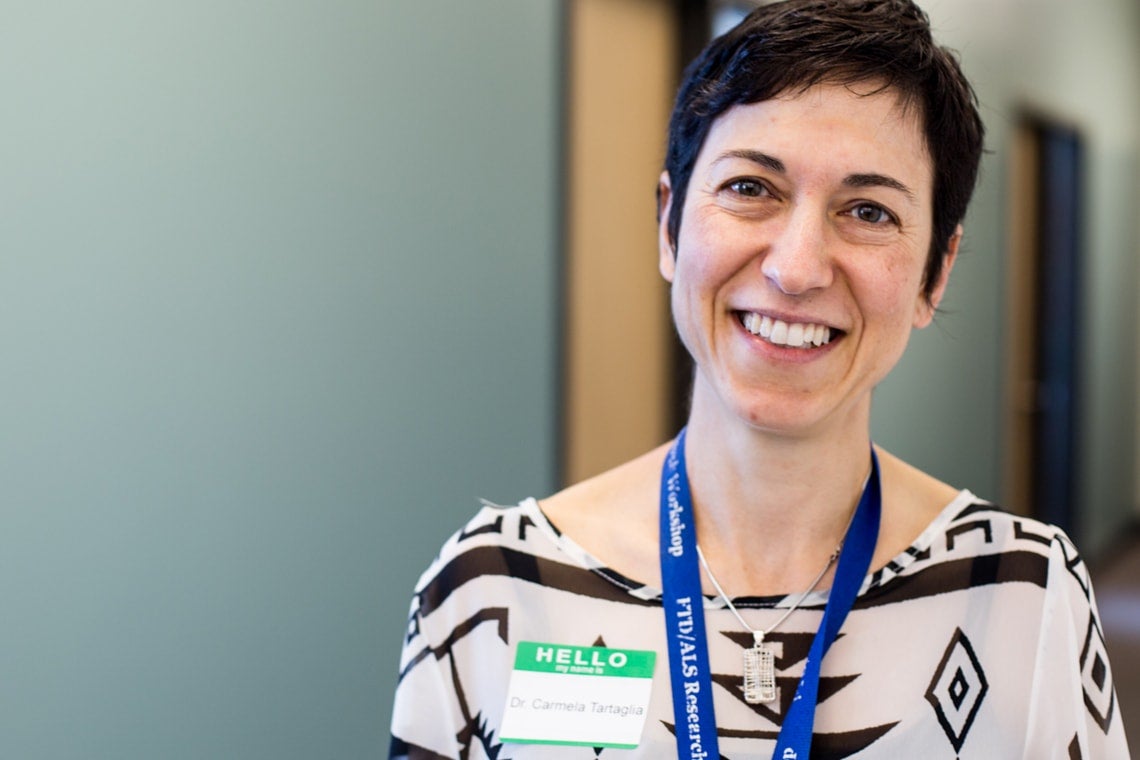 A U.S. study released last week found that dementia rates in America dropped sharply for a decade after 2002 – from about 12 to 9 per cent. That means roughly 1.5 million fewer cases of dementia today among people over 65.

Carmela Tartaglia is an assistant professor in U of T's Faculty of Medicine and the Tanz Centre for Research in Neurodegenerative Diseases.

She spoke with U of T's Jim Oldfield about the University of Michigan study, and what Canadians can take away from it.

What do you make of this study?

Well, it’s really good news. People tend to think they have no control over whether they get sick, but here we have more evidence that what you do in mid-life impacts later life.

Studies from Scandinavian countries and the UK have made similar findings but in smaller groups that were less representative of the population at large. They found that by controlling cardiovascular risk factors such as blood pressure, cholesterol and blood sugar, and by making lifestyle changes around smoking, drinking and exercise, you can make a big dent in the incidence of dementia.

What factors might explain the drop in this study?

The researchers do point to control of cardiovascular risk factors among people with diabetes as a possible factor along with better management of diabetes. But they also found that higher levels of education were associated with lower rates of dementia, which is consistent with other studies.

A leading theory on this connection is the idea of “cognitive reserve.” Basically, education may improve brain function in a way that allows you to live later with preserved cognition. It’s not completely protective, but it can delay the onset of disease and enable people to better compensate for neurodegeneration.

That said, other factors can confound that link – more education is also associated with exercise, eating well, access to health care and mentally demanding employment, all of which may protect against dementia.

Do we have data on declining rates in Canada?

I’m not aware of any studies that show a decline in Canadian dementia rates although because we’re seeing a drop in some other developed countries, it’s reasonable to think it may be happening here. But we’re still worried about a ‘tsunami’ of dementia.

The total number of people with dementia is still rising. That’s a function of age, and more and more people are living longer.

There’s no doubt that it will be a very expensive problem. The annual cost of caring for dementia patients in Canada today is about $10 billion, and we expect that will rise to more than $16 billion by 2031. So we really need a more targeted approach.

This current study speaks well to prevention, but we’re not seeing much investment in prevention in this country, especially as it relates to exercise. ‘Participaction’ activities for kids and access to gyms has been cut in many places. Sports are expensive. We’re not doing a good job on that front.

What type of exercise is most protective against dementia?

In animal studies it stimulates release of BDNF (brain-derived neurotrophic factor), a protein that’s good for brain function. In research on the human brain, BDNF has been shown to stimulate formation of new blood vessels, new cells and synaptic connections. In my lab we’re studying the effects of aerobic activity in people with established Alzheimer’s disease. We’re using MRI to evaluate the structure of the brain and the connections within it, and our preliminary results on exercise are very encouraging.

In my clinical practice, I feel we’re making progress with exercise as well – more families are trying to engage family members to be active. It can be a hard sell at times, but we try to stress that this is effective therapy without side-effects, and I think we’re making headway.