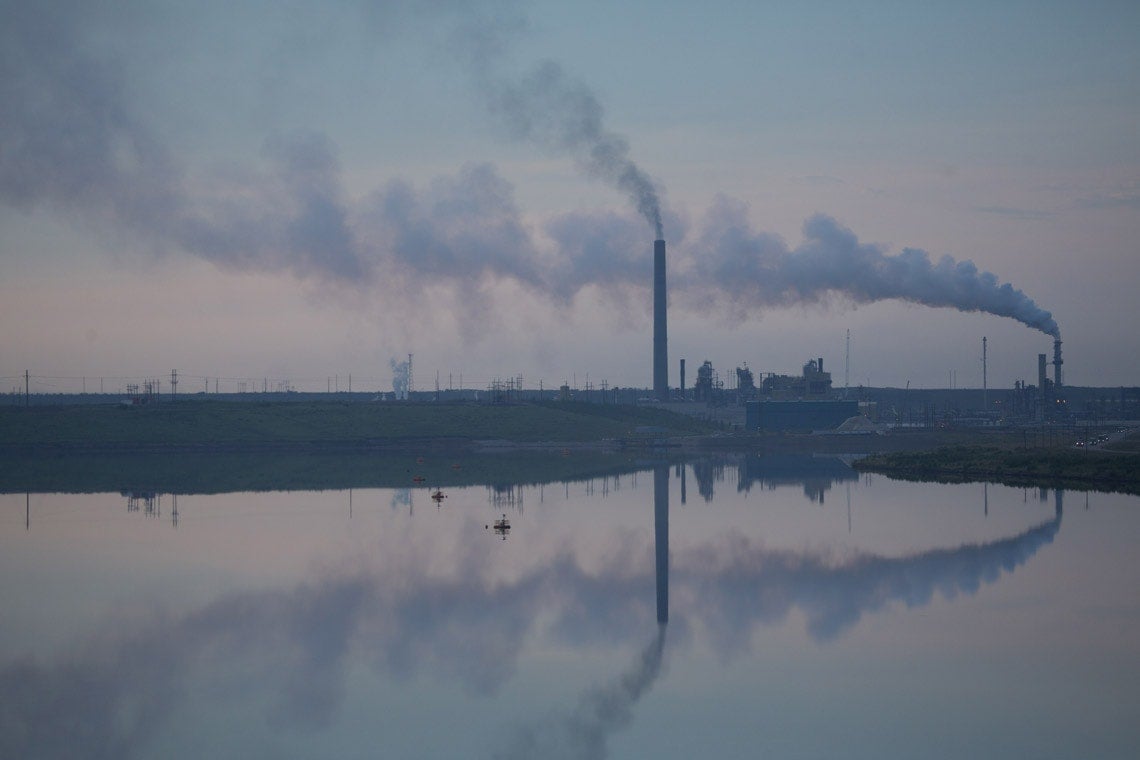 Prime Minister Justin Trudeau surprised some of the provinces this week with a plan to set a minimum carbon tax. Trudeau announced that provinces would have to adopt a carbon tax or a cap-and-trade system of their own, or Ottawa will impose its own tax – starting with $10 a tonne in 2018, going up by $10 each year to $50 a tonne by 2022.

But not all provinces are on board. At a meeting with federal officials to discuss options for carbon pricing – which coincidentally was taking place at the same time as Trudeau’s announcement – delegations from Saskatchewan, Newfoundland and Nova Scotia walked out of the meeting. Saskatchewan has previously threatened legal action and Alberta has made its support contingent upon “serious concurrent progress on energy infrastructure.”

U of T News asked four experts – Matthew Hoffmann, a professor of political science at University of Toronto Scarborough and co-director of Munk School’s Environmental Governance Lab; Douglas Macdonald, senior lecturer at the School of the Environment; Geography Professor Danny Harvey; and U of T Mississauga's assistant professor of political science Sara Hughes – whether a pan-Canadian agreement can be reached. Some think it can work. Others are not so sure.

Will Trudeau’s carbon pricing proposal work? Is there any hope of a nation-wide agreement?

Matthew Hoffmann: There are a number of dimensions to this plan “working,” including whether it helps reach the government’s climate goals, whether it can be implemented, and whether provinces will buy in. One smart aspect of this plan, even given the immediate negative reaction of three provinces, is that it is very flexible for the provinces. What the federal government is putting in place is a price floor, the minimum price on carbon. That floor only comes into play if a province does not put in place their own carbon-pricing system. Provinces can do whatever works best for their particular situation as long as it meets the price-floor requirement. Further, even if the federal carbon tax is implemented, the revenue from that tax is returned to the province. There is enormous flexibility for provinces here along with a unified carbon price. This is a good recipe, even if there will be some difficulty in getting buy-in from all provinces. In addition, Canada needs to work hard on a just transition away from fossil fuels because of how dependent some provinces are on the energy and fossil fuel sectors.  Communities dependent on fossil fuel industries and the ordinary people who live in them will bear the costs of the dislocation that is inevitable in such a necessary transition. It is both right and politically smart to provide support (financial, training, careful transition planning for communities).

Douglas Macdonald: I think there is very little hope. The federal government has been clumsy in its approach with the provinces. First, by insisting on a national price even before the first meeting with premiers March 3 in Vancouver. Then, by ratifying the Paris agreement before reaching an agreement with the provinces. Thirdly, by insulting them yesterday by inviting them to a meeting to discuss common action and then that same day making a unilateral announcement. The provinces are the key players here. What we need to do is put in place a process which will allow agreement on sharing the costs of the reduction.

Sara Hughes: Trudeau's carbon pricing proposal has a good chance of working, in part because it requires very little in the near term from several provinces, including Ontario, that have already established carbon pricing schemes of their own. The advantage of the federal government's intervention is that it will help to bring other provinces on board and create a minimum level of mitigation effort expected of provinces. One factor that will help or hinder the ultimate success of Trudeau's proposal will be the decisions provinces make about how the revenues generated from carbon emissions will be used. These revenues could be used to further invest in low-carbon infrastructures such as public transportation or energy efficiency upgrades, or used as tax breaks to polluters disgruntled at having to pay to reduce their emissions.

Environmentally, will the pricing be enough to cut carbon emissions significantly? Will it help us meet what we agreed to at the Paris climate conference?

Matthew Hoffmann: The carbon-price floor in the federal government’s plan starts off quite low, but ramps up. This should have an impact on Canadian emissions according to economic models. Carbon pricing alone, and carbon pricing at this low to modest level, will likely not be enough on its own to meet Canada’s Paris targets, but it is a good start and it is concrete national level action that has been missing in Canada for far too long.

Douglas Macdonald: No. It will not provide the reduction needed. Canada has to get down to 542 megatonnes (Mts) total emissions in 2030 from a projected level, including the new Alberta and Ontario programs of 709 Mts. That means a reduction of about a quarter. The federal tax will only bring about reductions in provinces which do not have a price, and their emissions are a small part of the Canadian total. It is the provinces which contribute the bulk of emissions, e.g. Ontario and Alberta which account for 60 per cent of the total, which must do more. But they are not objecting to the federal statement, beyond Alberta wanting a pipeline, because they know they are not being asked to do more. For that reason, this measure alone cannot meet the 2030 goal. But Trudeau and his government may honestly feel that we have to start with a price throughout the country and then increase it. But there is also a political benefit – by framing the problem as a lack of a national price, rather than a need to cut emissions by a quarter beyond existing initiatives, he gives himself a problem he can solve. He can claim success, as long as everybody ignores the fact that he is not taking action which will meet the 2030 goal.

Sara Hughes: The prices proposed by Trudeau will certainly help Canada meet its Paris commitments, but it alone will not be sufficient to ensure significant reductions in carbon emissions. Reducing greenhouse gas emissions 30 per cent by 2030 also does not represent the level of emissions reductions the international community agreed are necessary to avoid the worst effects of climate change. These carbon prices will need to be accompanied by further policy development and investments in low-carbon technologies and infrastructures, particularly in Canada's cities and energy systems.

Danny Harvey: I can't see how it could. The tax is way too small - when it reaches $50/tonne in 2022, it still amounts to only 11 cents/litre on gasoline, for example. We did not see a real shift to existing more fuel-efficient cars until gasoline peaked at around $1.40/litre around 2008, and it is now around $1.00/litre. Consumers have gone back to buying less fuel-efficient vehicles. Overall, a much stronger price signal is needed – maybe start at $30/tonne in 2017 and go up by $20-30/tonne per year until we reach $200/tonne, which amounts to 44 cents/litre on gasoline.