The deadly global fungus: Leah Cowen’s lab aims to understand how C. auris works and how to stop it 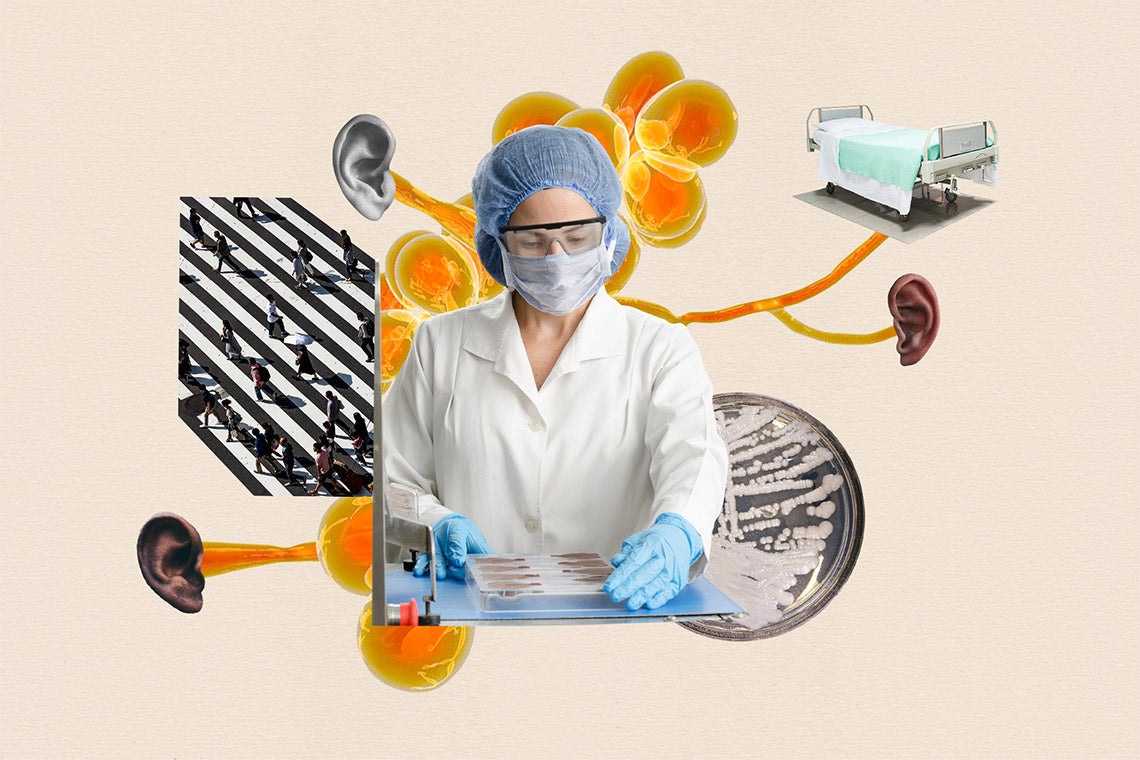 In 2009, medical researchers in Japan examined the infected ear of a 70-year-old woman and found a curious new pathogen – a drug-resistant fungus that no one had ever identified. The researchers christened it Candida auris (auris is Latin for “ear”) and published a paper about it.

Ten years later, C. auris has spread to six continents and more than 30 countries, including Canada. It is hard to diagnose with standard lab tests, and difficult to treat because it has developed a resistance to antifungal drugs. C. auris spreads easily through touch and can survive on surfaces for weeks. It kills between 30 and 60 per cent of people it infects, most of whom are hospital patients.

Although C. auris is recognized as a serious emerging global health problem, its origins remain mysterious, how it functions isn’t well understood and treatment options are limited. For Professor Leah Cowen, all of these unknowns made it an intriguing organism to research. Cowen is chair of U of T’s department of molecular genetics, and holds the Canada Research Chair in Microbial Genomics and Infectious Disease. Her lab aims to understand how C. auris works, and hopes to develop new drugs that will be effective against it and other fungal pathogens in humans and crops.

“We’ve been very busy trying to understand what genes are responsible for drug resistance in this organism, and what genes are important for its ability to cause disease,” Cowen says. In fact, she and her research team have identified a molecule in the fungus that is a promising target for what could eventually be a new class of antifungal drugs. 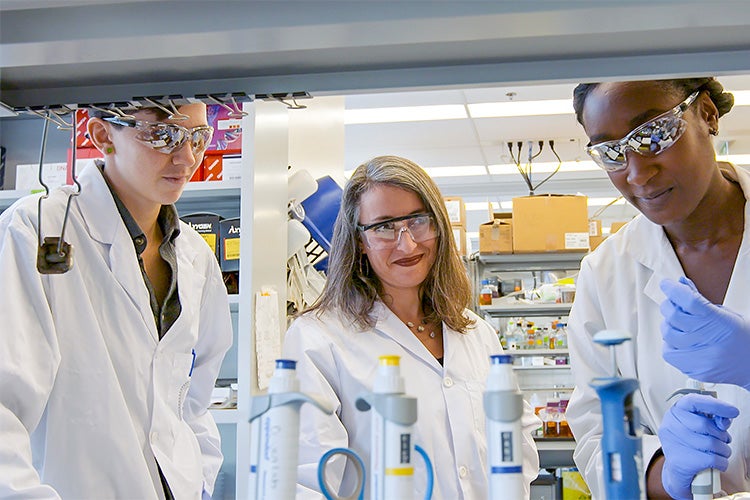 At Cowen’s lab in the MaRS Centre, the interdisciplinary group of 26 researchers includes structural biologists, geneticists and chemists. They work on understanding the different genes that affect the behaviour of disease-causing fungi, including the genes that make them drug resistant and give them the ability to harm humans. The team also exposes the fungi to different substances, hoping to find something that causes them to weaken or die and could therefore be used to develop new drugs.

The fungi kingdom includes a broad range of organisms such as mushrooms, as well as yeasts, mildews and moulds. In healthy people, fungal pathogens tend to be an annoyance – a case of athlete’s foot, for instance, or a yeast infection. Most fungi prefer temperatures cooler than the human body temperature and so don’t infect people as easily as, say, bacteria.

Even so, around the world, fungi kill 1.6 million people a year – nearly four times more than malaria. Often, the victims are people with weakened immune systems, such as those with HIV-AIDS, those who are undergoing chemotherapy or those who are on immunosuppressant therapy following an organ transplant.

Other types of disease-causing fungi are far more common, but cases of C. auris are on the rise. In the U.S., about 700 people have been found to be infected with the fungus, and screening has found another 1,300 people carrying the fungus but not made ill by it. Canada has had 20 cases of C. auris, with no attributed deaths.

Fungal infections are notoriously difficult to treat. That’s partly because human beings are much more closely related to fungi than most other pathogens, including bacteria and viruses. This makes it harder to come up with drugs that will harm the fungus but not the patient. Fungi also have cell walls that drugs have difficulty penetrating, and excel at pumping harmful substances out of their cells.

It’s not yet clear where C. auris came from, but its high tolerance to salt suggests it evolved in brackish, marshy areas. Researchers can’t find any trace of it before 1996, and the best guess is that until then the yeast lived unnoticed in the environment, and only recently became dangerous to humans.

One theory is that as temperatures have risen due to global warming, C. auris has evolved a tolerance to heat. At the same time, it was exposed to residues of the antifungals used on crops, which led it to develop resistance to antifungal medications. Heat tolerance and drug resistance combined to make it dangerous to humans.

One of the Cowen lab’s most promising treatment approaches involves a protein in the fungus called heat shock protein 90 (Hsp90). This “chaperone protein” helps other important proteins do their jobs. Hsp90 also helps cells adapt to stressful environments. This includes damage caused by exposure to toxins. Work at the Cowen lab shows that Hsp90 plays an important role in C. auris’s resistance to drugs.

Earlier this year, Cowen’s team published a paper that describes their work using a strain of C. auris they engineered so they can easily turn down the gene responsible for Hsp90. Without a fully functioning Hsp90 protein, C. auris has a much harder time surviving, and is much more susceptible to antifungal drugs.

The research opens up a hopeful treatment option. Cowen and her team want to find a molecule that will penetrate the cell wall of the fungus, then bind to and disable Hsp90, weakening the yeast and making it more vulnerable to existing antifungal drugs.

“We’re uncovering fundamental biology. How do these organisms become drug resistant? How do they cause disease? What kind of molecules can we use to perturb those processes? Do these molecules and their targets in fungal cells influence interactions with host cells? We’re interested in going all the way to translate those discoveries into new therapeutic strategies,” says Cowen, a co-founder of Bright Angel Therapeutics, which develops treatments for drug-resistant fungal infections.

One potential problem with targeting Hsp90 is that the protein is also present in human cells, and fulfils similar important functions there. A useful drug will have to target the fungal version of Hsp90 while mostly leaving the human version alone. Work in Cowen’s lab has shown this is possible. The researchers have found that although the human and fungal versions of Hsp90 look similar, the fungal version is somehow more flexible – the protein “stretches,” making room for the potential drug molecules to interact with the target. By taking advantage of the difference, Cowen and her team hope to develop a drug that kills the pathogen, and leaves human cells alone.

“We think in the next few years we’re going to see at least a couple of new classes of antifungals come on board,” Cowen says.

“We’d like one of those to have come from our lab.”

This story first appeared in the University of Toronto Magazine. Read the most recent issue