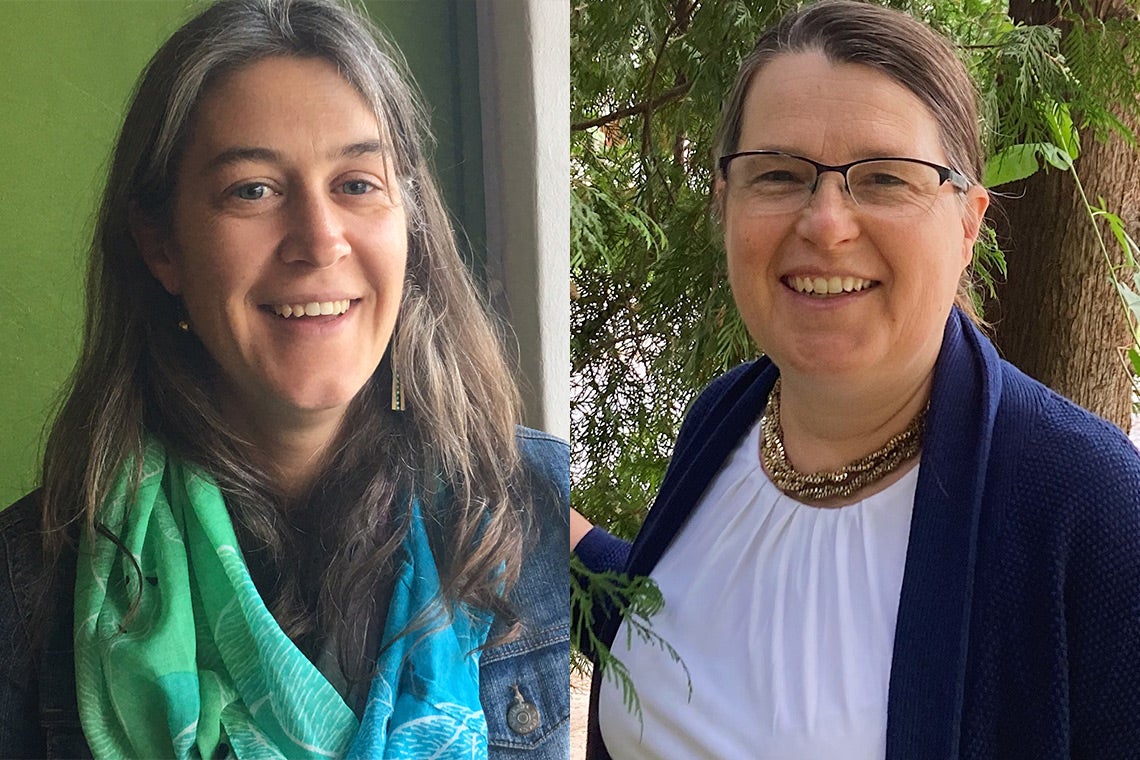 From wampum belts to historical photographs, Cara Krmpotich and Heidi Bohaker are seeking to digitally reunite thousands of Indigenous artifacts from the Great Lakes region with the communities who once created them.

The pair of University of Toronto researchers lead an international team that aims to decolonize museum practices by creating a database, or “knowledge sharing system,” that, for almost 15 years, has provided digital access to Anishinaabe, Haudenosaunee and Huron-Wendat artifacts currently scattered in museums throughout North America and Europe.

Since 2005, the Great Lakes Research Alliance for the Study of Aboriginal Arts and Culture (GRASAC), has worked to both advance public knowledge about the history of Indigenous Peoples who inhabit the Great Lakes and provide Indigenous members of those communities expanded access to their artifacts.

“Settler colonialism is intimately connected with why so much Indigenous culture is in museums around the world,” says Bohaker, an associate professor in the department of history in the Faculty of Arts & Science.

“We want to create this [database] in a meaningful and respectful way.”

The Great Lakes Research Alliance is one of several projects recently supported by the Critical Digital Humanities Intitiative (CDHI). The CDHI launched earlier this year and aims to bring together researchers from a variety of fields to analyze and unpack power and social justice from a historical perspective. It supports projects at the intersection of humanities and digital technology, with an emphasis on anti-racist, feminist, queer, and decolonial scholarship. 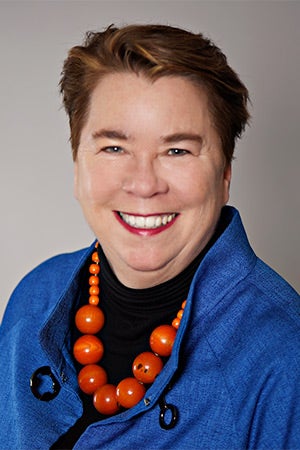 “The work that the critical digital humanities does can be quite different from traditional humanities work because most projects are team-based, last for many years and involve technical and computer-related collaborations,” says Professor Elspeth Brown, who is leading CHDI and is also director of U of T’s Digital Humanities Network

The Critical Digital Humanities Initiative is one of 19 projects currently supported by U of T’s Institutional Strategic Initiatives (ISI) program, a tri-campus network that unites researchers, students, faculty and external partners to fuel multidisciplinary solutions to today’s problems.

“We’re usually asked to think of technologies as being separate from decision-making that is shaped by social inequalities and bias,” says Brown. “But technologies and algorithms are made by people whose outlooks on the world emerge from these same social structures.”

In the case of the Great Lakes Research Alliance, Krmpotich, an associate professor in the Faculty of Information, received funding for the database project through the Critical Digital Humanities Initiative’s Emerging Projects Fund. The support allowed the alliance to hire Richard Laurin, an award-winning museum project developer, to design a new, password-free interface for a public site of cultural belongings. The project, which first began in 2018, seeks to remove barriers such as logins, especially for Indigenous youth, artists and language speakers. Until now, the password-protected site was built for GRASAC members.

“Indigenous peoples have taken over digital spaces as cultural ones,” Krmpotich says.  “It’s an active, productive and creative part of life.” 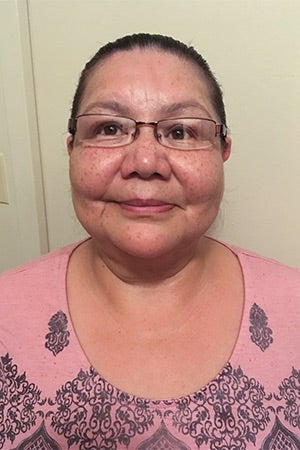 Meanwhile, research assistant Sheila Wheesk is seeking to enrich the database of Indigenous artifacts by describing the history and significance of items in the catalog, and including the names of belongings in various Indigenous languages.

“The information from research assistants, whether in English, Anishinaabemowin or Cayuga, will make it easy for anyone to find an item – like a beaded bag, for example – in the system,” says Wheesk who recently shared a Best Graduate Paper Award with other research assistants working on the project.

“That’s why it’s important to have all of this in the database.”

The Critical Digital Humanities Initiative is also supporting a number of other important projects. 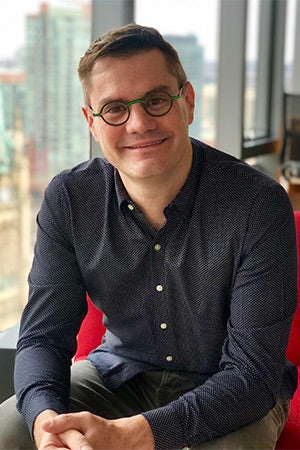 Patrick Keilty, an associate professor in the Faculty of Information and at the Mark S. Bonham Centre for Sexual Diversity Studies, is using support from the Emerging Projects Fund to fill in a gap in the historical record related to sex work, sexuality, and pleasure. Keilty is the archives director of the Sexual Representation Collection, the largest collection of adult film and sex work history in Canada with an emphasis on feminist, queer, trans and kink cultures. The archives contain 1,500 films, 3,000 AIDS-era video tapes and the personal papers of journalists, activists and others related to the global history of sex work and regulation of obscenity.

“Traditional archives and libraries don’t attach the same importance to these histories as they do others, which constitutes an archival gap,” says Keilty.

“What that means for historians, archivists and members of the sex industry is that to construct those histories, you often have to turn to the fan market to source and purchase your primary source materials.”

In other words, historians are forced to source materials from large, private (and often inaccessible) collections. In 2014, Peter Alilunas, a cinema studies professor at the University of Oregon, and Dan Erdman, a film archivist in Chicago, created an online archive space that gathers materials related to adult film history. They invited scholars around the world to collaborate in an effort to make these materials more visible and accessible.

With support from the Critical Digital Humanities Initiative, Keilty hired a research assistant to write a protocol on digitizing different media formats, which will equip researchers from universities around the world to contribute to the Adult Film History Project.

Through the project, students learn about digitization, the history of the Internet Archive, a non-profit digital library of internet sites and other cultural artifacts, and how to create metadata for effective information retrieval. Students are currently digitizing text-based materials, including case notes from legal cases and safe sex guides, and will soon digitize silent-era films.

“We’re interested in ways to build community, to disseminate items in new ways and create new arrangements online. We want to be a dynamic space that engages with old and new technologies,” Keilty says.

Earlier this fall, nearly 200 people registered for the fourth Digital Humanities Conference, which included presentations by U of T faculty, librarians, post-doctoral researchers, graduate and undergraduate students. Held online, the event featured conversations on everything from cultural identity and feminism to mapping archaeological sites and archiving music history.

At the conference, Mariam Karim, one of eight Critical Digital Humanities Network graduate student fellows, said the use of social media as a grassroots digital tool for documentation is limited in Arab women’s movements because it is often subject to censorship, and that meaningful engagement with social justice advocates and academics is vital to cite and preserve their work. Thy Phu, a professor in the deparment of arts, culture and media at U of T Scarborough, described a project that puts refugee perspectives front and centre, giving them control of a narrative about migration by documenting their own stories. And Robarts Library’s Alex Jung, an open technology specialist, and Kyla Jemison, a special formats metadata librarian, tackled the reconstruction of digital research infrastructures to community-driven tools such as Wikidata, a free, multilingual, open-knowledge database that makes information easily findable. Through shared meetups and training, participants from U of T Libraries have contributed about 4,000 Wikidata edits spanning a wide range of use cases including improved archival collections discovery and open-source bibliographic data and citation management.

One of the network’s most successful platforms is the Lightning Lunches series. The moderated panels bring three scholars together to discuss various themes centred on equity and justice. Discussions have included surveillance studies and challenges faced by multilingual digital humanities scholars.

The Critical Digital Humanities Network is also developing a spring speaker series and an international conference for next fall – and exploring global partnerships to break barriers in obtaining funding for critical digital humanities scholars.

“It’s often difficult for [critical digital humanities] scholars to find support,” Brown says. “That’s why it's wonderful that U of T gives us the opportunity to create a robust network.”

This article is part of a series about U of T's Institutional Strategic Initiatives program ─ which seeks to make life-changing advancements in everything from infectious diseases to social justice – and the research community that's driving it.