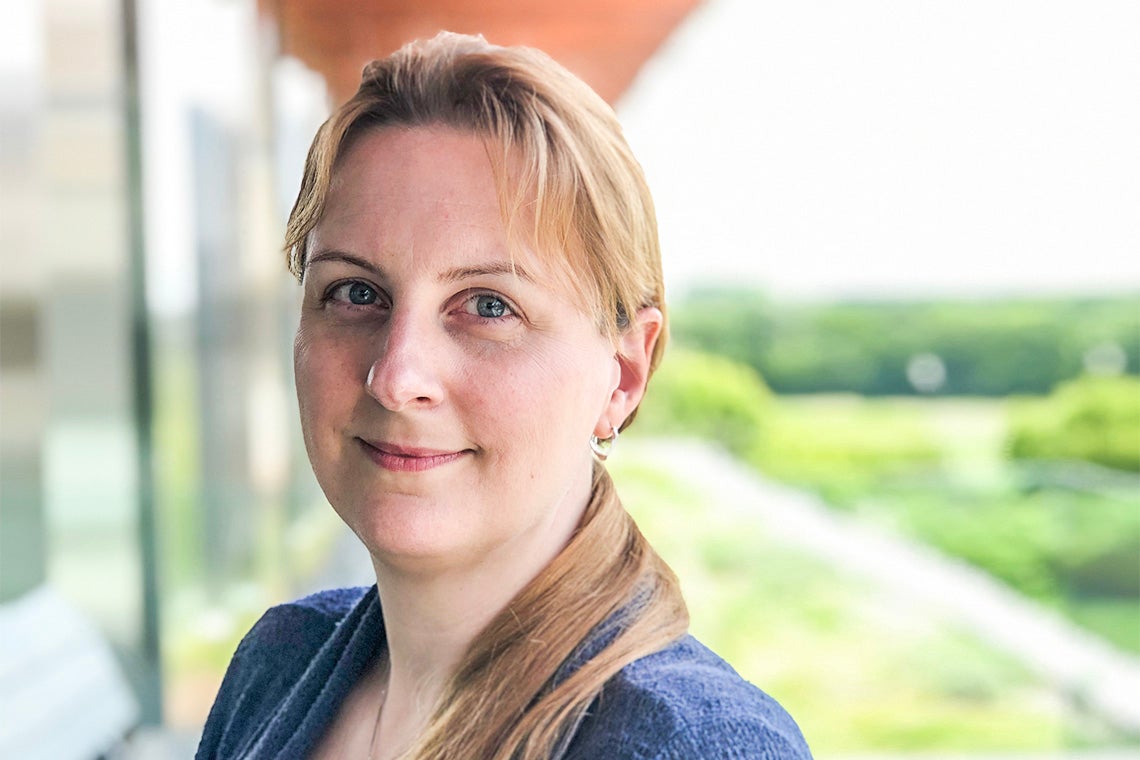 “Our research will help Canadians and others in temperate regions around the world as we learn to live with our changing climate,” says U of T cryospheric scientist Laura Brown (photo by Maeve Doyle)

University of Toronto cryospheric scientist Laura Brown says a trio of satellites recently launched by the Canadian Space Agency will help improve how she researches lake ice and climate change because it provides satellite and radar images of all of Canada’s territory daily, as well as images of the Arctic up to four times a day.

“Thanks to the new RADARSAT Constellation Mission (RCM), there will be much better coverage so we won’t have gaps in the data,” says Brown, an associate professor in U of T Mississauga's department of geography.

Brown studies lake ice in both the Arctic and temperate regions. She wants to know how freshwater ice and snow are responding to the change in climate. She combines the satellite data with information from other sources to represent the ice and snow system in climate models.

Until now, Brown accessed data from the RCM’s predecessor. “But my field site in Haliburton is just outside the region with daily coverage by RADARSAT-2, so we only had imagery about one in every three days from the radar bands we need,” she says.

She and her research team filled the data gaps by inferring it through temperature data. “But actually being able to visualize the ice cover itself is so much better than just looking at the temperature.”

Brown says that lake ice is a proxy of our climate. “If the climate warms or cools, if there is a change in the snow, the ice responds.” 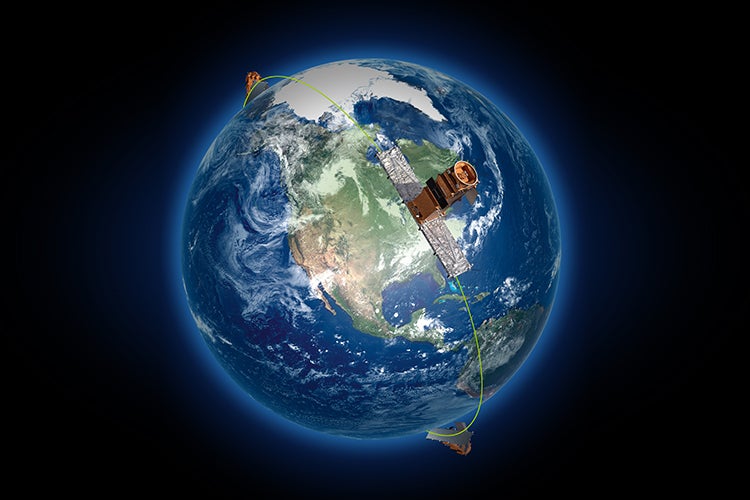 The three RADARSAT Constellation Mission satellites provide images of all of Canada’s territory daily, as well as images of the Arctic up to four times a day (image courtesy of the Canadian Space Agency)

With more data from the RCM, Brown will be able to see daily surface changes from mid-winter thaws and track how often they happen. She will be able to develop models to better project if lake ice is forming later and disappearing sooner.

“We also use the satellites to look at a larger area from space,” she says. “Rather than just drill a hole and look at one lake, we can look at a whole region at once to see how it is changing.”

A change in ice cover impacts recreational activities on the ice like snowmobiling and ice fishing. It impacts transportation over ice roads. It also impacts what happens under the ice.

In a forthcoming paper, Brown and PhD candidate Alexis Robinson present a new climate model “to better represent the reflectivity of our ice cover here so that we can get the melt timing with more accuracy.”

Brown, members of her research team and a scientist from her industry partner Campbell Scientific Canada are taking part in a summer trip to the Arctic. The first stop was the Polar Continental Shelf Program’s research station in Resolute, an Inuit community, on Cornwallis Island in Nunavut. With help from a member of the Resolute Bay Hunters and Trappers Association, Brown collected data on Arctic lake ice conditions from two of her research lakes.

Next the researchers flew to Polar Bear Pass National Wildlife Area on Bathurst Island where Brown has another lake instrument to observe ice cover. She also helps to maintain Campbell Scientific’s weather tower there in exchange for data.

“By the end of the century, the research lakes in Haliburton probably won't have ice cover every year,” says Brown. “Our research will help Canadians and others in temperate regions around the world as we learn to live with our changing climate.”