Crime scene house introduces U of T students to forensic science, with blood and bullet holes 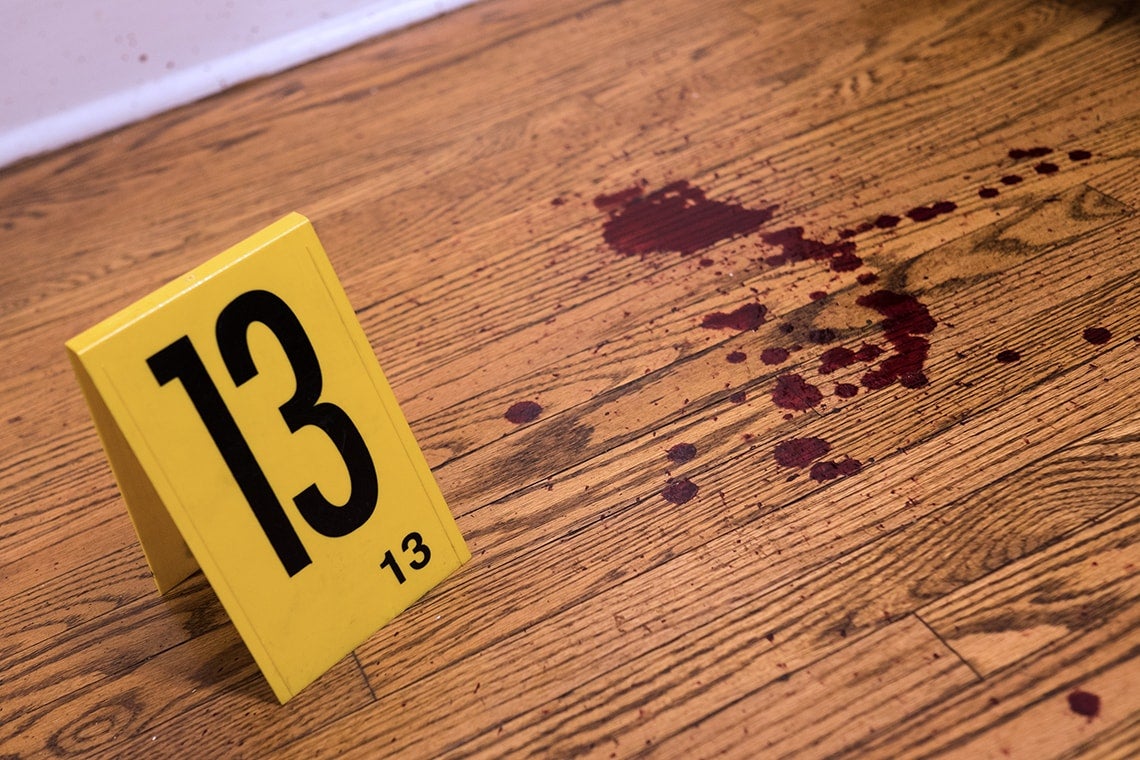 It isn’t like Professor Jack Price not to show up for his own class. He was reported missing by a graduate student – days after he got into a heated argument with another professor. It isn’t clear what happened to Price, but clues in his white clapboard house on the University of Toronto Mississauga campus suggest he met a grisly fate.
A trail of blood leads from the kitchen to the dining room, where furniture has been toppled over. The floor of his bedroom is littered with essay pages.
If not for an armless CPR dummy on the bed beside a toy gun, the house could almost be mistaken for a real crime scene. That is the point.
“It's like using a paintbrush,” says Tori Berezowski, a master's student in forensic sciences and teaching assistant. She is showing undergraduate students how to use a wand and magnetic powder to dust for prints on a wine glass.
Although it’s difficult to prepare students for everything they will encounter over a career in forensics, they get an idea from mock crime scenes staged in a house in the woods surrounding the main Mississauga campus. The BSc in forensic science program at U of T dates back to 1995. Graduates have gone on work at the Toronto police and other regional forces, the RCMP, and the province’s Centre for Forensic Sciences.
On a recent Wednesday, Berezowski and Murray Clayton, the program's communications and outreach co-ordinator, are preparing the forensic science field house for a demonstration. Using a syringe, Clayton drips pathogen-free sheep's blood – which he keeps in a mini fridge a safe distance from his breakfast shake – on the kitchen's linoleum floor.
Each crime scene comes with a detailed backstory, like the tale of the fictional Professor Price, to teach students or interested applicants still in high school not to jump to conclusions.

Read about forensics camp at U of T Mississauga in Maclean's

The detective aspect of forensics is one that students like Sukarmina Singh Shankar find appealing. When she was growing up, she didn’t have cable so she ate up Nancy Drew and Hardy Boys mysteries.
Taking forensics in university, she discovered a new fascination: bones.
“You’d think bones were simple. There are 206 bones – how many more details can there be?” she says. “But each bone has so many details and specific muscle markings.”
With the right training and the right bones, experts can determine someone’s identity from their remains. (In fact, the director of the forensic science program, Tracy Rogers, pioneered a technique for identifying a person’s sex from the distal humerus, the upper elbow bone.)
In recent years, it’s more common to find students drawn to forensics through CSI rather than paperback mysteries. Some people even have a name for it: the CSI effect.
It doesn’t take long for students to realize that what they see on TV is far from reality. “They do outrageous things and make it seem normal,” says Amy Dylewska, who is in third year. Her class was shown an example from a CSI-like show in which the police nab a suspect after zooming in on surveillance footage and examining the reflection of the suspect’s face in a witness’s eye.
In the movies, one forensics officer collects the evidence, analyzes it in the lab and solves the case – maybe topping it all off with a witty one-liner.
But in real life, forensics officers with different specialties – anthropologists, biologists, chemists and psychologists, to name a few – bring their expertise to bear on a case.
At U of T Mississauga, forensics students wear sweaters with patches on the sleeve representing their area of focus – a skull for the forensic anthropologists – like Scout badges. 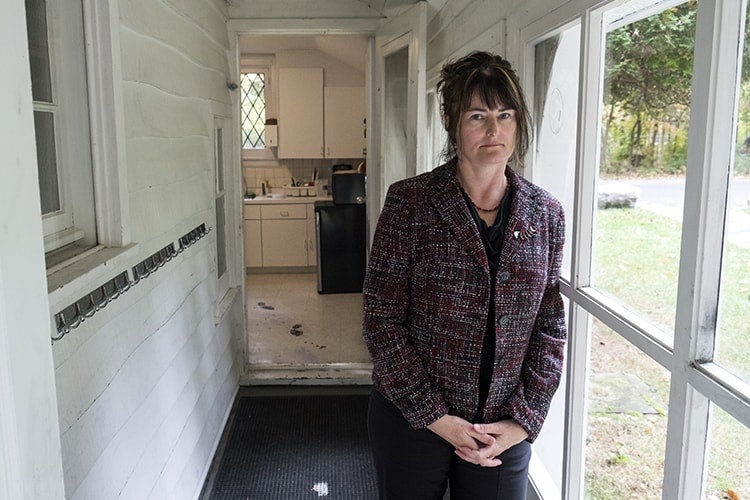 Tracy Rogers, the director of the forensic science program, has been actively involved in casework for nearly 20 years. She was the primary forensic anthropologist in the investigation into serial-killer Robert Pickton (photo by Laura Pedersen)
The only person who wears all four patches is Rogers, the program director.
When she was a student, years before the true crime TV craze, forensics was not a popular career choice, Rogers recalls. She was interested in archeology but changed her mind when she discovered forensic anthropology.

“I really liked looking at skeletons, but I was really hoping to be in a profession where I could make a difference in the modern world,” she says.

And she has, in the classroom – and the lives of victims’ families.

She says the hardest part of her job is seeing the emotional toll that a crime can have on family members. When she gives testimony in court, she sees this suffering first-hand.

“I can see them, I can hear them and I can feel the impact what I'm saying is having – and I don't want that for them.”

Rogers has worked on some of the highest-profile cases in Canada. Starting in 2002, she was a consultant in the investigation into serial-killer Robert Pickton, spending many months sifting through evidence found on his pig farm in British Columbia. That crime scene was so large that investigators visited Ground Zero in New York City in early 2002 to learn how authorities there were searching for bodies and limbs amid piles of debris, Rogers says.

More recently she worked on the Tim Bosma homicide case, retrieving human bone and ash from an incinerator on a farm that belonged to one of the accused.

Read more about Rogers in the Hamilton Spectator

“You don’t know what you’re going to find when you go to a scene,” she says. “It could be a body at any stage.”
That's a lesson she teaches students in her field course, in which the class practises an excavation of a burial site. Rogers likes to surprise them. One year, she hid dentures in the dirt.
“I set it up so that when they were excavating, the teeth would be sticking out a little bit first so that they would see human teeth and that would be the moment of ‘Oh no, is this really going to be real remains?’”
For Rogers, the work of forensics officers helps society answer questions about criminal activity and puts to rest questions that family members have about their loved ones. “In a sense it helps the victim,” she says. “At least having their story told and getting some kind of justice for them is a valuable service.”
As for the truth about what happened to Professor Price, that remains a mystery for students to solve.
Geoffrey Vendeville