The Cowboy Junkies, recently inducted to Canadian Music Hall of Fame, gave vast collection to U of T 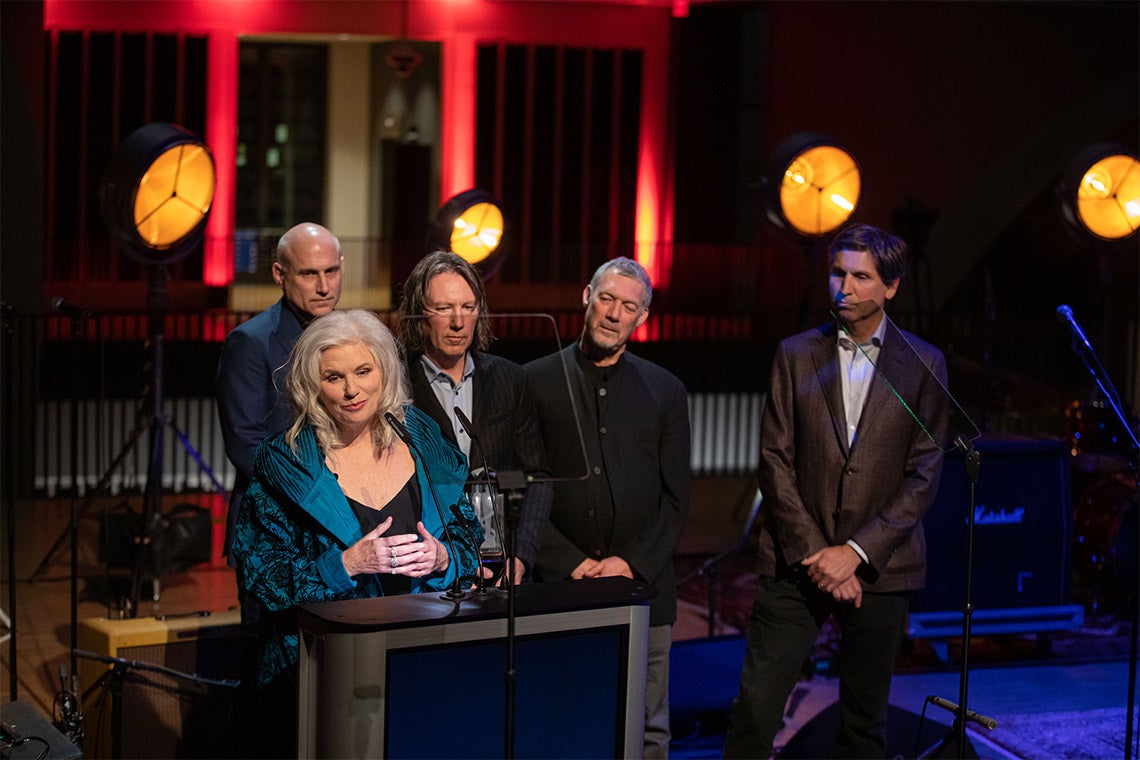 U of T's Media Commons is home to a vast collection of tapes, photographs and videos that chart the band's trajectory from Toronto clubs to international stardom (photo by Neil Zeller/CARAS)

The Cowboy Junkies, one of the most popular Canadian bands of the ’80s and ’90s, sold more than five million albums worldwide. But most fans didn’t get to hear 1990’s Sharon, which never hit store shelves and is now part of the University of Toronto’s Media Commons archives.

In addition to Sharon, the folk-rock band – which was named to the Canadian Music Hall of Fame last week – donated a vast collection of tapes, photographs and videos to U of T more than a decade ago. The materials chart their trajectory from Toronto clubs to international stardom.

Guitarist Michael Timmins approached U of T because the band was concerned that their materials, piling up in basements and offices, wouldn’t survive, he told University of Toronto Magazine in 2007.

“I thought it was a wonderful idea,” says Brock Silversides, director of the Media Commons. “They’re a popular band, but they’re also a groundbreaking band in many ways.”

The band defies easy classification into a single genre and, although they were attached to a major label for some time, they also had their own label and published the work of other artists, Silversides adds.

Timmins formed the band in 1985 with his sister Margo on vocals, his brother Peter on drums and longtime friend Alan Anton on bass. In their early days, Margo was working as a secretary and had never sung in public before performing in clubs on Queen Street. They came to prominence with The Trinity Session, recorded in a single day and on one mic in the Church of the Holy Trinity in Toronto.

After being inducted to the Canadian Music Hall of Fame, Margo used her acceptance speech to call out sexism in the music industry, CBC reported. "I know we would all like to think that a boys' club does not exist in our industry, but just look around you,” she said, noting the lack of women among the inductees.

Silversides says the band’s collection at U of T would appeal to more than just fans and musicologists. It has tens of thousands of photographs – of and by the band – video, including one of their set on Saturday Night Live, and copies of contracts that may be of interest to students of entertainment law.

“It’s a complete look at the band and how they operated within the music industry,” he says.