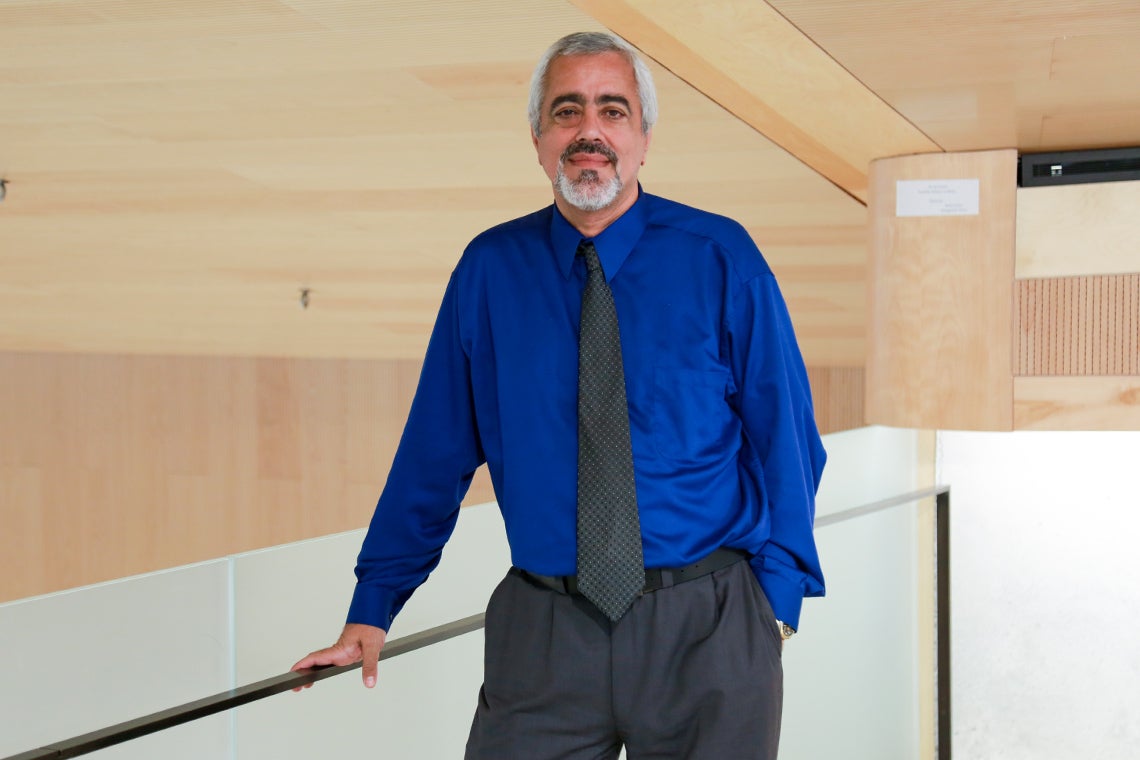 Kamran Behdinan, a professor in the Faculty of Applied Science & Engineering, says the device is designed to ensure hospitals have something to fall back on if they are overwhelmed with patients in need of ventilation (photo by Pam Walls)

University Toronto researcher Kamran Behdinan and a team at the University Health Network (UHN) are designing a life-saving device they hope will never be used.

The team’s prototype of a low-cost breathing machine – known as a high-acuity, limited-operability (HALO) ventilator system – is now undergoing clinical testing and could be deployed if Toronto hospitals run out of ventilators for COVID-19 patients.

The device automates the squeezing motion needed to operate a ventilator bag, which is normally done by hand.

“This device should be used as a last resort,” says Behdinan, a professor in the department of mechanical and industrial engineering in the Faculty of Applied Science & Engineering. “But we wanted to make sure that hospitals have something to fall back on if they are overwhelmed with patients in critical need of ventilation.”

Patients with severe cases of COVID-19 may experience respiratory impairment that requires ventilation support. However, general-purpose ventilators are in limited supply in Canada and around the world. A 2015 study estimates that there are about 15 ventilators per 100,000 people in Canada.

“In the time of a pandemic, ventilator shortages become a critical problem,” says Behdinan, who collaborated with Toronto-based Mackenzie Health and machine-shop staff at the department of mechanical and industrial engineering to design a preliminary proof of concept in mid-March. 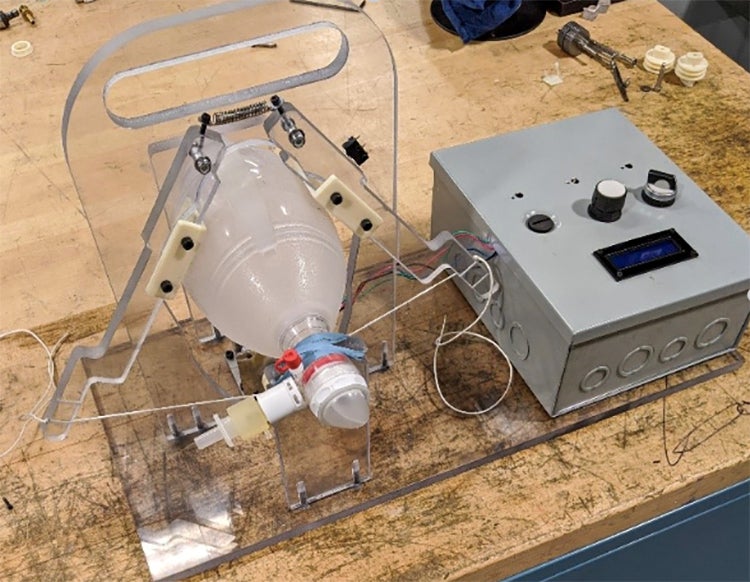 The prototype of the HALO ventilator system can produce up to 25 breaths per minute and provide a volume of approximately 450 millilitres, meeting key respiratory parameters (photo courtesy of Kamran Behdinan)

The initial prototype was based on a double-fulcrum design in which two “arms” pivot around a hinge on each end. To press down on the ventilator bag, the ends of the arms are brought together by a pulley located at the centre of the supporting base. A sensor then sends feedback to a microcontroller that adjusts the pressure on the ventilator.

Preliminary tests performed in the department’s machine shop showed that the device could produce up to 25 breaths per minute and provide a volume of approximately 450 millilitres, meeting key respiratory parameters.

Behdinan has since connected with a team of physicians at Toronto General Hospital to assess, test and refine the HALO design to allow for rapid manufacturing and deployment. The result is an advanced and streamlined HALO prototype that is now headed for clinical trials.

“Once we get through these trials, the goal is to manufacture enough to quickly deploy to hospitals,” says Behdinan. “Hopefully they save lives. But hopefully they don’t have to.”