Could a daily pinprick lead to better health? This U of T researcher thinks so as he seeks to turn blood into big data 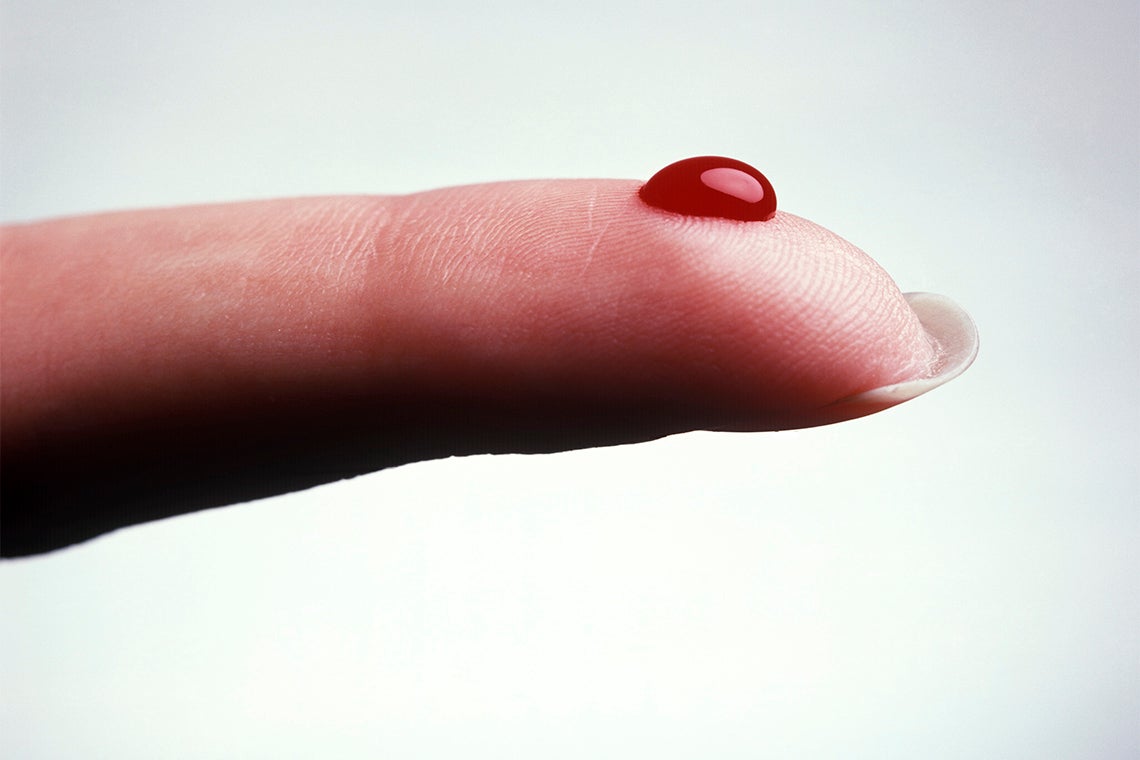 “To make medicine truly personalized, we need to profile people at the molecular level as much as possible to understand molecular changes that occur over [their] lifetime,” says U of T's Hannes Röst (photo by Envision via Getty Images)

Instead of occasional blood tests measuring only a handful of parameters, more frequent molecular tracking could hold the key to long-lasting health.

This is how one University of Toronto researcher envisions a path to personalized medicine in which disease diagnosis and treatment will be tailored to an individual’s unique physiology. But that requires collecting a lot of data first.

“To make medicine truly personalized, we need to profile people at the molecular level as much as possible to understand molecular changes that occur over [their] lifetime,” says Hannes Röst, assistant professor at the Donnelly Centre for Cellular and Biomolecular Research, whose research focuses on improving mass spectrometry methods for molecular profiling.

Widely used in research, mass spectrometry can identify diverse molecules that are present in blood or other tissue samples by detecting a unique mass to charge ratio for every compound. However, the method’s slow pace and reproducibility issues have marred its uptake in the clinic.

Recently appointed Canada Research Chair in Mass Spectrometry-based Personalized Medicine, as part of a federal research funding program that seeks to attract and retain top research talent, Röst’s goal is to improve both the method’s accuracy and throughput.

Solving these problems will enable measuring countless proteins and metabolites, products of enzyme reactions, that are made by the body and hold clues to health and disease. Scientists now think that each person has a unique ‘molecular barcode,’ a baseline that could help define what normal health looks like at the molecular level in a way that is more informative for detecting disease onset than comparing individuals to the population-level data.

“If you know you were healthy 10 years ago and if you start to change in some way, then maybe this type of change relative to yourself is much more informative in terms of disease development than comparing you to the rest of the population,” says Röst, who is also in U of T's departments of computer science and molecular genetics.

Such individual baselines are still a distant prospect and require collecting vast amounts of personal multi-omics data including gene, protein and metabolite levels, over long periods of time from healthy and patient populations. A technology that is fast and accurate is key to achieving this. 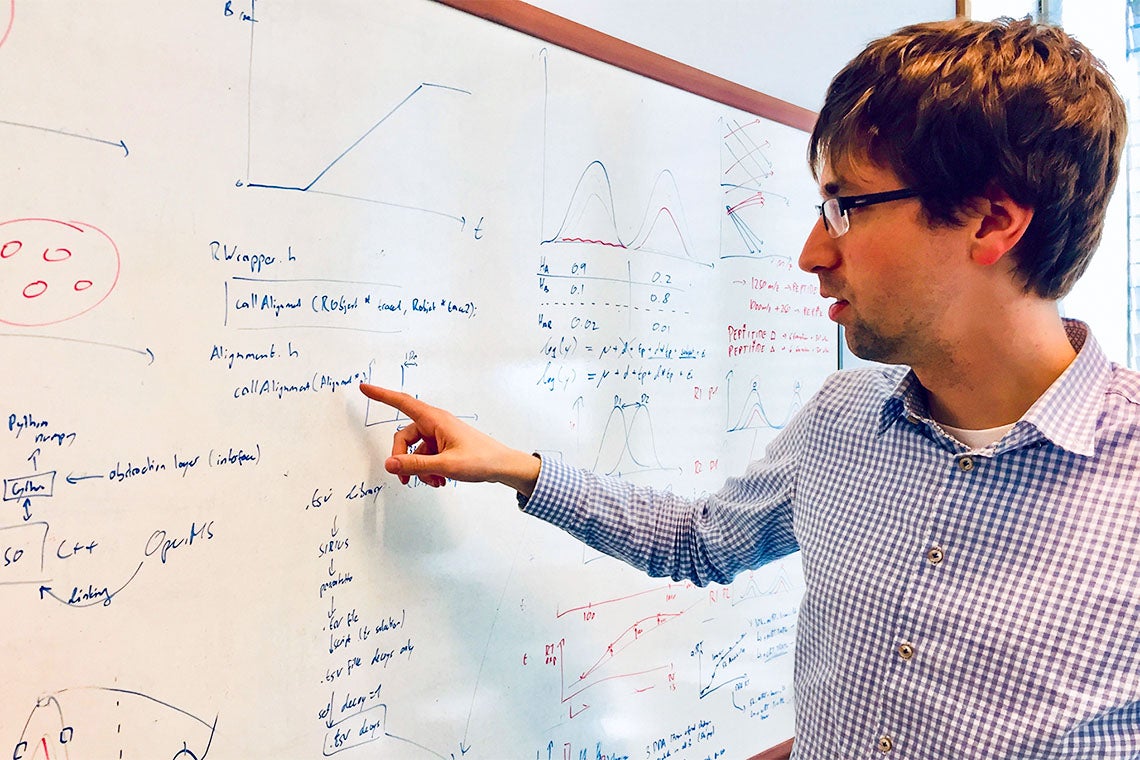 Fortunately, Röst is well-equipped to tackle this challenge, having trained with some of the leading researchers in the field. As a postdoctoral researcher at Stanford University, where he worked with Michael Snyder, director of the Center for Genomics and Personalized Medicine, Röst helped track sweeping molecular changes in 30 women over the course of their pregnancies. The largest of its kind, the study measured several thousand hormones and other molecules from about 1,000 blood samples that had been collected from each woman every week of pregnancy, starting from first trimester until delivery date. The data revealed that while pregnancy progressed through the same molecular states in all women, the timing and duration of hormone surges was different in each person, indicating that each pregnancy is unique.

After joining the Donnelly Centre in 2017, Röst has been working to expand this type of personal omics research while at the same time improving the technology for it.

Earlier this year, the first research paper published by his lab described a computational method that can correct sampling errors introduced by mass spectrometry instruments for a more accurate reading of the levels of thousands of diverse proteins in one sample.

He is also developing machine-learning tools to improve the quality of the analysis in metabolomics datasets, in collaboration with Amy Caudy and Quaid Morris, faculty members and experts in metabolomics and machine learning, respectively, in the Donnelly Centre, and Philip Awadalla, of the Ontario Institute for Cancer Research.

Earlier this year, Röst was named an inaugural recipient of the $250,000 research grant from the New Frontiers in Research Fund, established last year by the federal government in support of early career researchers pursuing high-risk, high-reward research. The grant supports a research project that seeks to transform cancer diagnostics by analyzing blood samples donated by a large cohort of patients several months before they were diagnosed with one of many types of cancer. If successful, the project will reveal a diagnostic method that could detect cancer before any currently available test.

In another project, Röst and collaborators from Spain, Italy, Germany and Romania are looking to identify biomarkers associated with the recurrence of glioblastoma, an aggressive form of brain cancer, to better understand the molecular changes leading to relapse and target them for therapy.

It’s early days but the data generated by Röst and researchers like him is making personalized medicine a more likely prospect.

“We still don’t know what ‘healthy’ or ‘normal’ looks like at the molecular level,” says Röst. “But we’re working on it.”