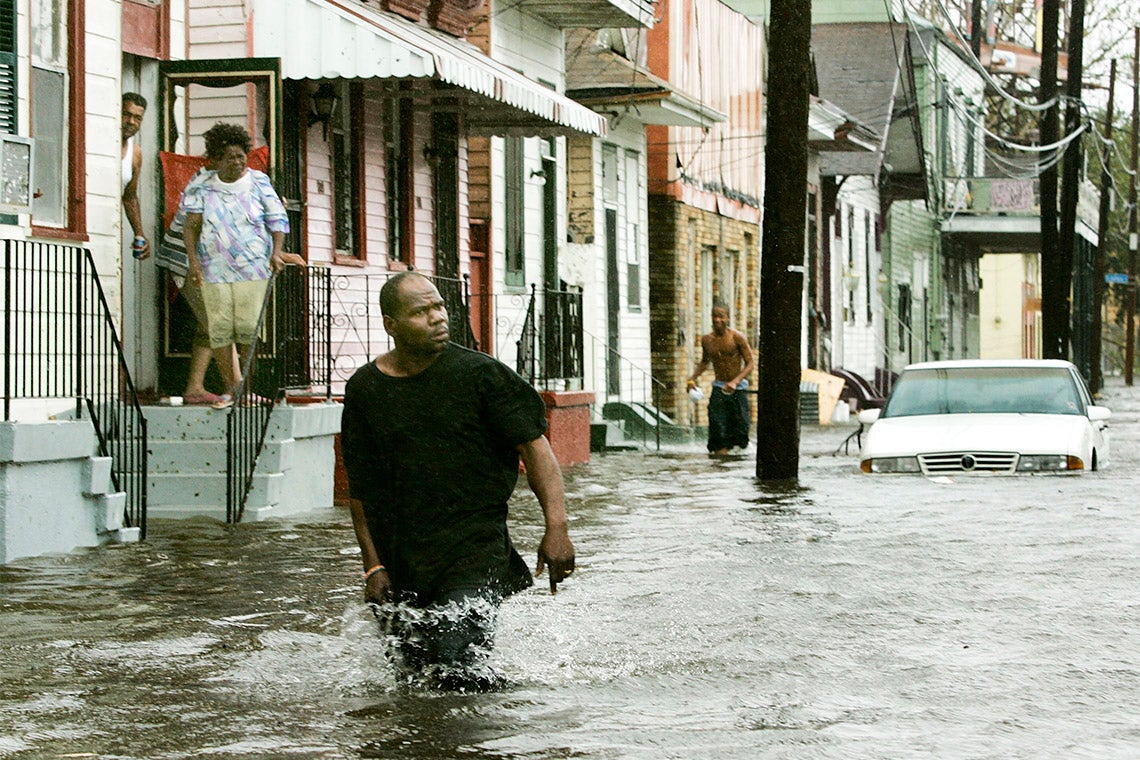 Hurricane Katrina had a disproportionate impact on Black residents of New Orleans in 2005, foreshadowing the impact of climate-related disasters on racialized communities in the future (photo by Mark Wilson via Getty Images)

A new University of Toronto lab plans to marry lessons from climate change research and community-based resilience work with a racial justice lens.

The Community Climate Resilience Lab (CCRL) – which launches this fall – will bring together U of T academics, policy-makers and community actors to build community-led climate resilience from a racialized grassroots standpoint. 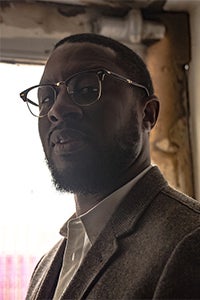 “It’s tragic that the bodies that built the industrial complex that ushered forth the climate crises will bear the brunt of climate change,” says Imara Ajani Rolston, an assistant professor at the Dalla Lana School of Public Health who is leading the lab within the school’s Healthier Cities & Community Hub.

For example, Canadian neighbouroods with a higher percentage of Black residents are 3.5 times more likely to be food insecure, recent statistics show. In Toronto, Black people also made up 20 per cent of the COVID-19 cases at the height of the pandemic despite accounting for just nine per cent of the city’s population.

“It’s important to see COVID-19 as a portal for what a climate crisis could look like,” says Rolston. “We only need to look at cities like New Orleans and [Hurricane] Katrina to know that through past experiences, prioritizing this kind of work as an institution in this city is important.”

While the CCRL brings together researchers, Rolston says he hopes to garner multi-sectoral input with an advisory circle that will hold the lab accountable and root the evolution of the lab’s vision in the community.

In the lab’s first phase, researchers plan to launch an environmental scan of racial justice-oriented resilience in North America and partner with not-for-profit and grassroots organizations.

Rolston says he continues to see the story play out in his work with the Stephen Lewis Foundation, which supports HIV/AIDS programming across southern, eastern, and central Africa.

“Over the last five years, I’ve heard folks from country to country say over and over again that ‘the rains aren’t behaving the same,’” he says. “The droughts are getting longer and more unpredictable and the systems we built to make us resilient in the face of the pandemic are failing. I’m hearing this across southern and eastern Africa.”

The problem is not unique to the African region.

In 2013, the Rockefeller Foundation chose 100 cities, including Toronto, to take part in its first climate resilience strategy. The fund’s goal was to help cities around the world become more resilient to physical, social and economic shocks and stresses. As a neighbourhood resilience officer, Rolston advocated for equity to be at the forefront of its Toronto’s strategy and designed and implemented a process that prioritized engaging residents in Neighborhood Improvement Areas across Toronto.

He says the COVID-19 pandemic offers an opportunity to address the need for a more racially just and climate-resilient future for Toronto.

“There is no climate justice without racial justice,” Rolston says. “The lab is here to incubate, magnify, and catalyze new and impactful transformative climate resilience work with Black and racialized peoples and communities that should be centered in and lead the advancement of the climate justice agenda.”