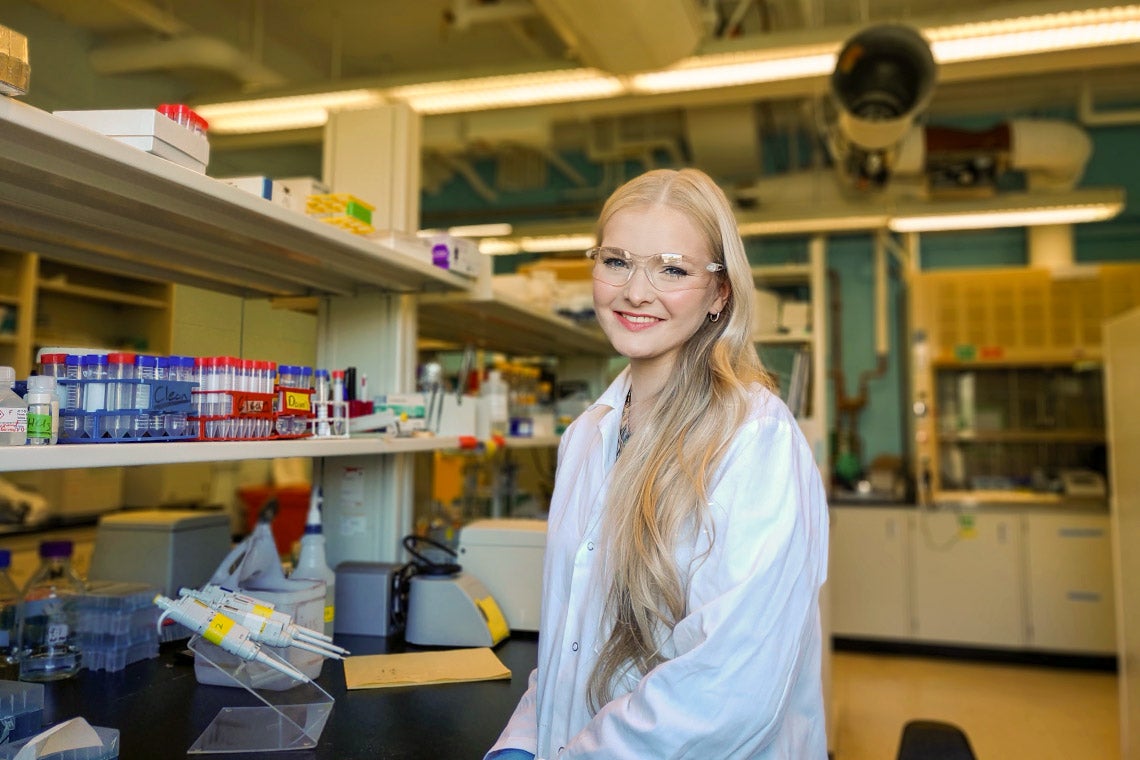 Holly Barrett, a PhD candidate in the department of chemistry, led a study that found that triclosan, found in many common household products, is the predominant antibiotic in Ontario's sewage sludge (photo by Dan Haves)

A recent study by researchers at the University of Toronto has identified a chemical found in several consumer products that could be a potential cause of the rise of antibiotic resistance In Canada.

The study, by Assistant Professor Hui Peng’s research group in the department of chemistry in the Faculty of Arts & Science, was able to show that triclosan – a chemical often included in household items like hand soaps, toothpastes, and cleaning products to fight off bacteria – is the predominant antibiotic in Ontario sewage sludge.

The findings were published in the journal Environmental Science & Technology.

“Since there are so many different antibiotics in the sewage sludge, we were surprised to find that the majority of antibacterial activity of the sludge could be directly linked to triclosan alone,” says Holly Barrett, a PhD candidate in the Peng group and lead author on the study.

The research was performed by investigating sewage sludge from Ontario’s sewage treatment plants (STPs). As the study notes, STPs are a breeding ground for antibiotic resistant bacteria due to the diverse set of antibiotics that are found there. That’s because after we rinse our household products down the drain, the antibiotic ingredients in those products are transported to STPs where they accumulate.

Among thousands of co-occurring chemicals in the sludge, triclosan was found to be the predominant antibacterial compound impacting E. coli. 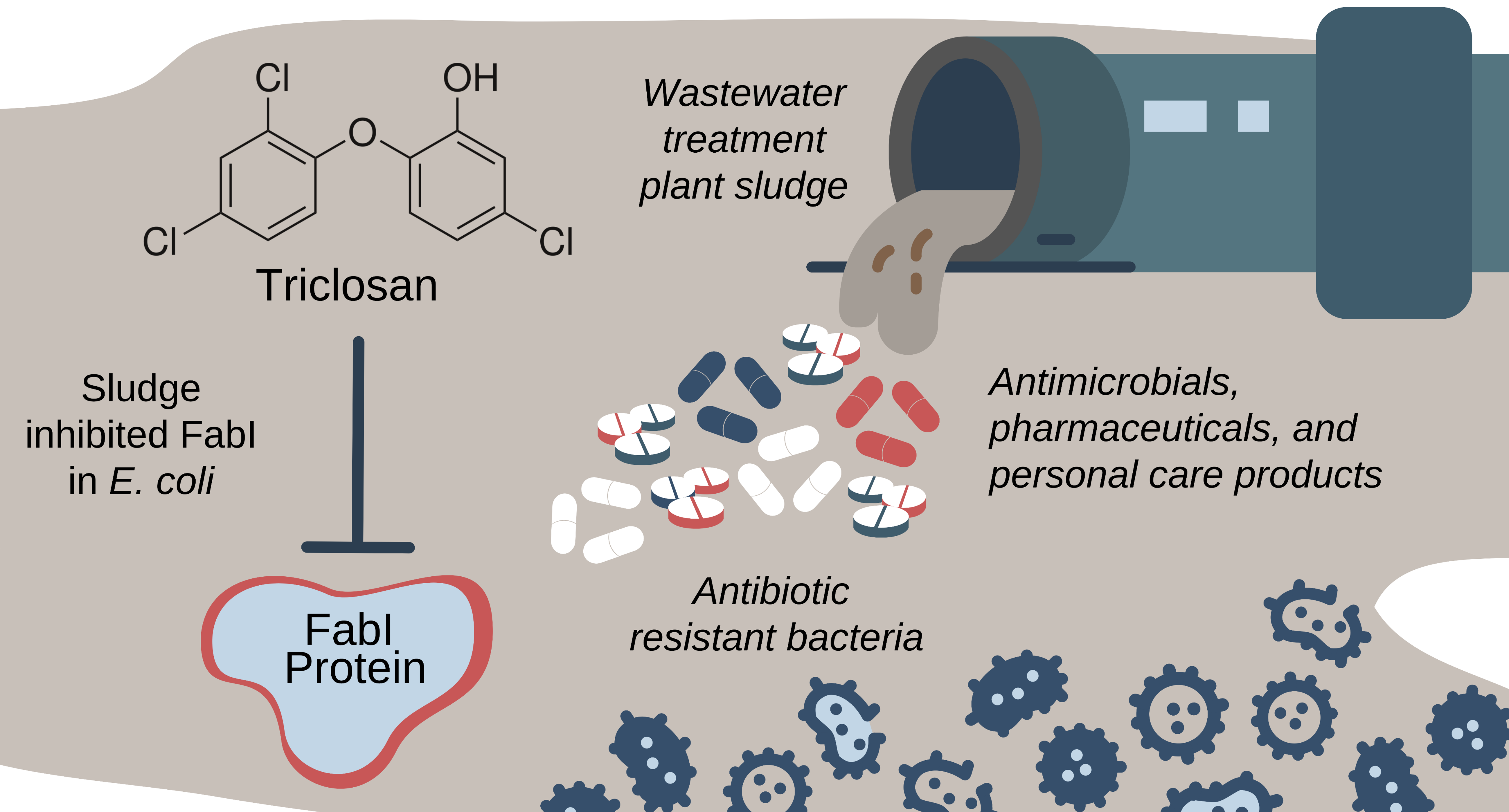 Chemicals such as triclosan enter sewage treatment plants after being rinsed down our drains. There, they can interact with bacteria and cause the development of antibiotic resistance.

Barrett notes in the study that antibiotic resistance is a growing concern. Antibiotic-resistant bacteria – also commonly known as “superbugs” – are strains of bacteria that are not killed by antibiotics. They are produced when continuous exposure to antibiotics causes bacteria to evolve over several generations to survive antibiotic effects. These bacteria can be very dangerous to humans, especially those with impaired immune systems. Between 2014 and 2016, there were 700,000 deaths around the world attributed to antibiotic resistance.

In 2016, the U.S. Food and Drug Administration banned triclosan from being used in antibacterial liquid soaps, and then a year later from being used in topical antiseptics found in health-care settings. Currently, there are limited regulations on triclosan in Canada, and Health Canada deems triclosan as safe for use in a variety of consumer products at specified levels.

“I think our results demonstrate that there is an urgent need for regulatory agencies in Canada to re-evaluate the use of triclosan,” says Barrett.

“It’s still used in thousands of different household and cosmetic products in Canada, as well as in health-care settings. While there are a few regulations in place to restrict the maximum amount of triclosan allowed in consumer products, even very low levels of this chemical may cause antibiotic resistant bacteria to form over time.

“More action needs to be taken.”