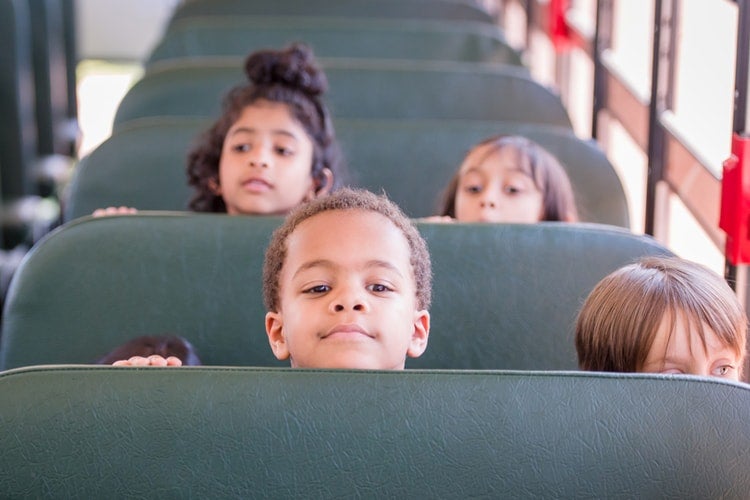 U of T's Janette Pelletier & The Conversation

Ontario made a bold public policy move in September 2010 when full-day learning was made available to all four- and five-year-old children in the province – via a unique two-year, full-day kindergarten program.

This investment by one province in an innovative play-based kindergarten program seems to be paying off.

Preliminary findings from our research at the Ontario Institute for Studies in Education reveals that this unique full-day kindergarten (FDK) program has lasting benefits for children’s behaviour as well as their learning. Children in this program scored higher on reading, writing and number knowledge than those in a half-day program and remained ahead until the end of Grade 2.

Children also scored higher on self-regulation, which is the capacity to respond to life’s stresses and return to a calm and alert state. Self-regulation in early childhood is especially important. Existing research shows that self-control, an aspect of self-regulation, predicts long-term health, wealth and even a reduction in crime.

Our research data speak to public policy and to the mixed findings in education about the long-term effects of early childhood programs. The success of Ontario’s unique program may offer compelling evidence for changes to education policy in other jurisdictions – in Canada and globally.

What is unique about the Ontario model?

The Ontario FDK program not only doubles the time of half-day programs. It is also unique in that childcare and kindergarten programs are integrated though a teaching team of a registered Early Childhood Educator (ECE) and a kindergarten teacher, operating under a legislated “duty to co-operate.”

The second distinction is that Ontario’s program involves a new curriculum with a play-based approach to learning. This moves away from teacher-centered, rote learning approaches and whole class instruction, which we know from our own work to be least effective in engaging children and in promoting self-regulation.

The third distinction between Ontario’s program and many other FDK programs is the two years of full-time attendance with the same educators, beginning at age four. A few school boards in Ontario provide integrated seamless care and education from 7 a.m. to 6 p.m. – reducing the hassles for working parents trying to piece together child care and kindergarten.

The impact on parents, schools and children?

As an early years researcher and former teacher, I was highly motivated to understand how Ontario’s innovation in FDK would be implemented and what the impact would be on parents, on schools and particularly on children. As FDK was introduced, my research team and I worked with partners from two school boards outside Toronto to consider how the program would affect children’s social and academic outcomes in kindergarten and beyond. What would their experiences be in kindergarten and, importantly, what would be the longitudinal effects on their educational success and well-being as they progressed through school? How would we capture the voices of the children?

We asked how new staff teams of early childhood educators and teachers, with different education, training and experiences, would come together to facilitate full-day classes of four and five year olds following a new play-based mandate. We wanted to know how a full-day program would support parents, in particular parents who were working and needing both care and education for their children. These became the guiding questions for our research.

A unique aspect of the research was exploitation of the government’s phasing-in of FDK over five years. This phasing-in created a natural experiment in which children in FDK could be compared with children in half-day kindergarten (HDK) who attended schools in similar neighbourhoods. The initial phase of the FDK research with 592 children concluded in Grade 2, with Grade 3 provincial test scores available for some of the children. The second phase of the study is ongoing as our children progress to Grade 6.

In the final term of each school year beginning in kindergarten, we collected data on children’s self-regulation and on academic performance in vocabulary, early reading, writing and number knowledge. To capture children’s voices, we interviewed them with finger puppets about learning, what they liked at school and what was important to them. We asked children to draw a picture about school each year, and we analyzed the drawings for complexity and for themes.

We found similar results for reading, writing and number knowledge. FDK children also had higher vocabulary scores to Grade 2 although this effect was statistically significant only for children who spoke English as a first language. Provincial test results were consistent with our direct measures – FDK children were more likely to meet provincial academic expectations in Grade 3.

A case for wider implementation

Working parents were enthusiastic about FDK, and the majority of FDK parents rated their children higher in learning than did HDK parents. These findings are consistent with our direct measures with the children.

Can these results be applied elsewhere? The schools in our study are representative of many other urban and suburban regions of the province characterized by high levels of immigration and many English language learners, making these results applicable to other provinces and territories with similar demographics. The positive results from this region in Ontario suggest broader payoff for investments in early learning across Canada and beyond.