Cells are like Jenga: U of T study sheds light on how genes work together to keep cells healthy 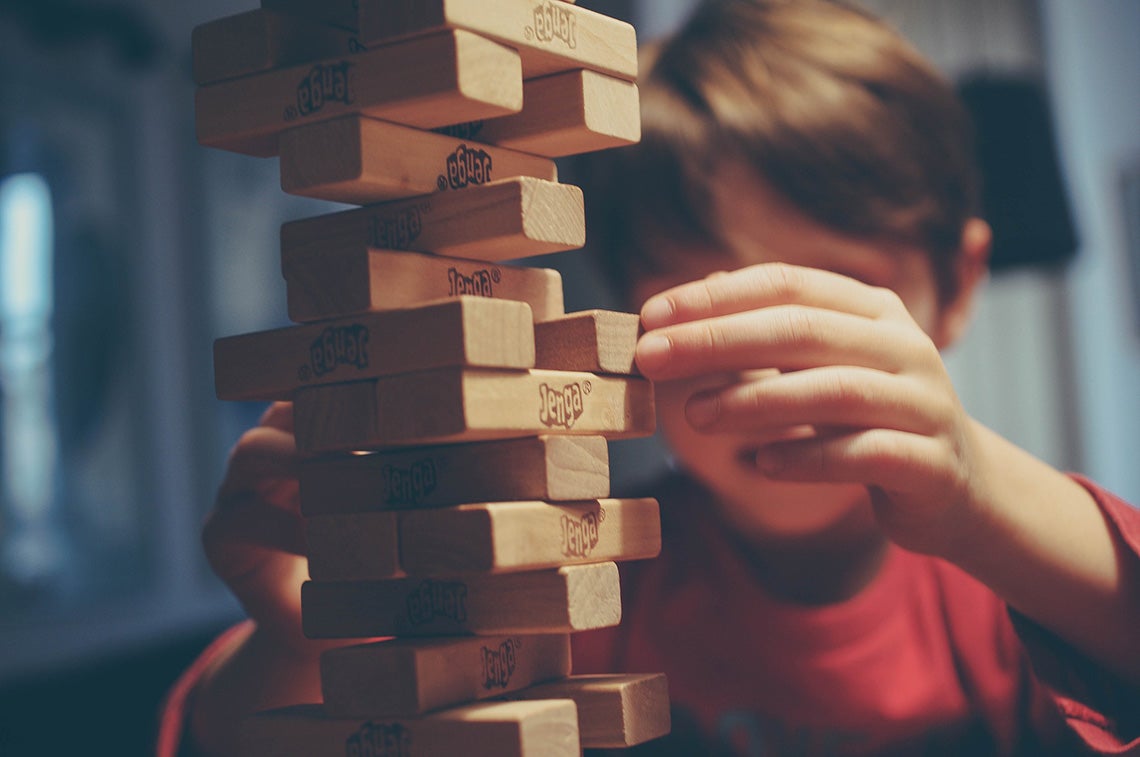 To understand how cells work, biologists like to take them apart. By removing genes from cells in diverse combinations, researchers have now uncovered how different genes work together to keep cells alive. The research will help scientists understand how faults in multiple genes combine to drive common diseases such as cancer or heart disease.

“There’s a growing understanding that interactions between genes can drive inherited disease susceptibility, which is why we have to understand the general principles of these genetic interactions,” said Boone.

It’s very much like a giant game of Jenga, with thousands of gene blocks that can be removed. While most single blocks can be taken out without compromising the structure, when critical combinations of blocks are removed, the system collapses. Similarly, genes with different roles can combine to keep the cell alive. By unpicking such gene alliances, scientists hope to reveal clues about the foundations of personal health.

It’s now clear from genome sequencing studies that each person carries thousands of genetic variants – differences in genes’ DNA sequence – that could combine to impact our health. However, these studies do not have the statistical power to predict a person’s risk of disease from their unique combination of genetic variants. This poses a major obstacle for personalized medicine, which seeks to use genome information to predict risk of disease and tailor treatment.

To uncover the rules of combinatorial gene function, the team previously investigated how genes work in pairs in yeast cells. Yeast is one of biologists’ favourite cell models due to its relatively small genome comprising 6,000 genes and an already existing wealth of data. Having previously removed from yeast all possible gene pairs –18 million of them – the team went a step further to examine what happens when you remove a subset of 36 billion possible trigenic combinations. Researchers Charles Boone and Brenda Andrews in their lab in the Donnelly Centre, with a custom-built robotic platform for large-scale experiments in cell genetics.

They found that, similar to interactions between two genes, trigenic interactions also mainly occur between genes that are functionally related – they code for parts belonging to the same molecular machine or that exist in the same part of the cell, for example. But with trigenic interactions, the researchers also began to see more surprising partnerships between genes that have unrelated function and are involved in different bioprocesses in the cell.

“Studying genetic networks allows you to see how genes are connected, how biological processes talk to one another and how a cell deals with perturbations in multiple genes,” said Elena Kuzmin, a lead author on the paper and a previous graduate student in the Boone lab who is now a postdoctoral researcher at McGill University in Montreal.

“You get a global view of the cell,” she said.

Read the research in the journal Science

Using mathematical modelling, the researchers estimate that all genes in the cell have a role to play when trigenic interactions are taken into account. This could finally explain why only a tenth of yeast’s 6,000 genes are essential for cell survival, a rule that holds for other cell types, including human cells.

Thanks to recent advances in gene editing, it is now possible to remove combinations of genes from human cells, which the Boone and Andrews labs are currently doing in collaboration with Associate Professor Jason Moffat’s group in the Donnelly Centre to map relationships between disease genes.

“Our yeast work demonstrates how mutations in multiple genes combine to have unexpected effects and is providing a road map for understanding genetic interactions in much more complex cells and organisms, including humans,” said Andrews. “Identifying combinations of genes that work together to underpin robust biological systems is important for deciphering what goes wrong with its collapse into a disease state.”

The study was supported by research grants from the Canadian Institute for Health and Research and the U.S. National Institute of Health.