Celebrating nurses as COVID-19 'heroes' no substitute for real-life support: U of T study 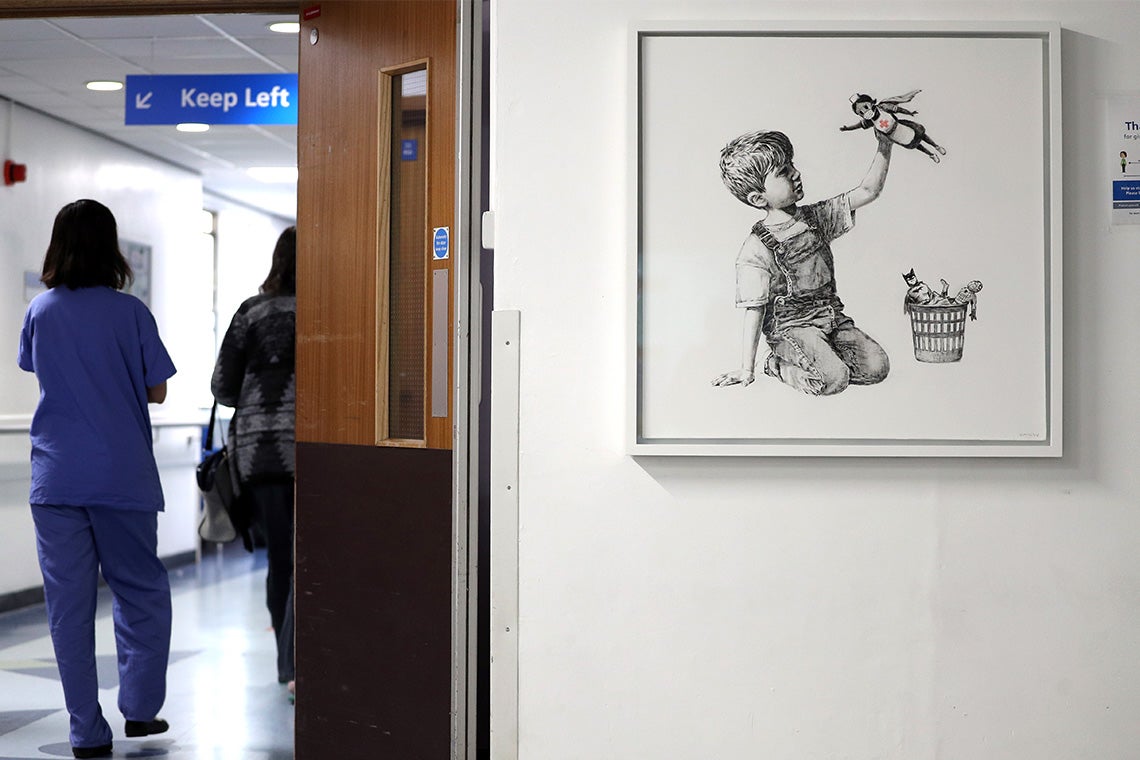 Nurses have been called “heroes” throughout much of the pandemic, but a study by University of Toronto researchers finds the label normalizes the risks they face on the job.

The study, published in the International Journal of Nursing Studies, examined media coverage depicting nurses across the United States, United Kingdom and Canada from March to August 2020, with researchers analyzing their findings through the theoretical framework of post-structuralism.

It found that the ’hero’ label wasn’t merely a neutral expression of appreciation and sentimentality, but rather “a tool employed to accomplish multiple aims such as the normalization of nurses’ exposure to risk, the enforcement of model citizenship, and the preservation of existing power relationships” that may be preventing nurses from improving their working conditions.

“The hero discourse has ... been helpful in achieving a specific public response to COVID-19: Politicians have been able to hold nurses up as an example for the public, encouraging them to follow public health measures,” says Shan Mohammed, lead author of the study and an assistant professor, teaching stream at the Lawrence S. Bloomberg Faculty of Nursing.

“But this kind of moralism obscures the real issues at stake within nursing.” From more than 70 examples, including commercials, corporate advertisements, and traditional media, Mohammed and co-authors Elizabeth Peter, Tieghan Killackey and Jane Maciver uncovered three main elements that make up the profile of the nurse as hero: the nurse as a “necessary sacrifice” for the common good; the nurse as a model citizen; and the notion that being called a hero should be considered a sufficient reward for nurses.

“Pot-banging is not about nurses at all,” says Mohammed, referring to the boisterous neighbourhood displays of support for health-care workers that took place in cities around the world during the early days of the pandemic. “Nurses have always sacrificed their health for their work. [But] COVID has been the tipping point for many nurses – they are frustrated and, though they continue to work, they want these corporate and grand displays of gratitude to actually mean something.”

COVID-19 has highlighted a lack of investment in nursing and public health nursing in particular. The Ontario Nurses Association has reported that the province has one of the lowest nurse-to-patient ratios in the country, which is why, Mohammed says, the pandemic caught the health-care system off guard. To remedy this, nurses want an increase in resources and funding to help sustain the profession and manage the burnout that many nurses feel acutely, he says.

“Investment in nursing is an investment in health for everybody. You can’t remove this profession from the health-care system.”

Mohammed says it’s not that nurses are ungrateful for public support. Indeed, he notes that the hero discourse has resulted in many positives, including a greater awareness of what nurses do and what it means to wear a mask or do direct care all day for someone who has COVID-19. There has also been a short-term boost in morale and it has also drawn attention to the ways in which nurses are supporting the community, delivering and educating the public about vaccines, including administering and testing for marginalized populations.

Mohammed’s study is part of a larger project looking at policy recommendations to improve support for nurses as they deal with COVID-19 and its aftermath. This includes a recent study on moral distress in nurses led by Peter, a professor at the Lawrence S. Bloomberg Faculty of Nursing, as well as additional studies that aim to provide recommendations for nursing leaders to help improve working conditions in the nursing profession.

“Nurses have always been ‘heroes,’ because they show up to work in really difficult, uncertain times,” says Mohammed. “I think many nurses are angry. Being called a hero is not enough, and we need to be thinking long-term about how we sustain and invest in nursing in the future.”