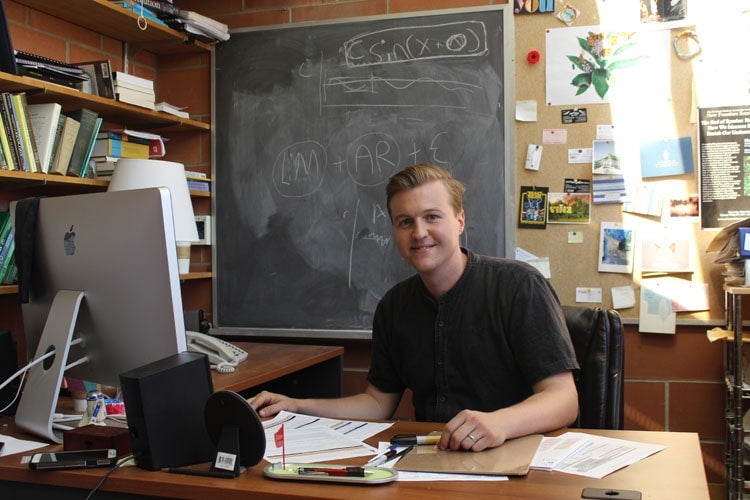 Albert Einstein once said, “Mankind will not survive the disappearance of the bees for more than five years.”

His prediction may soon be put to the test, as the world has seen a drastic decline of bee populations. Honeybees dominate the conversation, but efforts to save wild bees are now on the rise. The rusty-patched bumble bee, which is native to Ontario, is now endangered. Six more species are facing extinction.

In response, the provincial government, in partnership with Friends of the Earth and Ontario Power Generation, launched the Let It Bee campaign. Running from May to July, the initiative calls for changes in commercial landscaping and domestic gardening. It also advocates for a more accurate census of wild bees. Scott MacIvor is a post-doctoral researcher at U of T Scarborough who studies wild bees in urban spaces. He is encouraged that the plight of the bees has caught mainstream appeal, but says more work needs to be done.

How important a role do bees like the rusty-patched bumblebee play in our lives?

Most flowering plants including a lot of important food crops require pollination, with bees being the primary pollinators. There are a lot of other pollinators like moths, butterflies, even mammals like bats and mammals, but the extermination of bees would mean the end of many foods we enjoy. Bees are like a canary in the coalmine. They interact with the landscape in so many ways and if something’s happening to the bees we know that something’s happening at a bigger scale.

Until the 1980s, the rusty-patched bumblebee was one of the most common species of bumblebees in Southern Ontario. Today, they’re on the brink of extinction. What are the factors that caused this?

There are many factors that cause destruction to bee foraging and nesting habitat, causing their disappearance. For example, this particular bee nests in the ground, and in an urbanizing environment where we pave and change the soil structure, certain bees are relegated to smaller and smaller natural areas. Shortly thereafter they disappear entirely because their needs are not met.

Depending on what region you’re in, different factors are affecting bees more heavily. In some rural areas pesticides are causing bee declines. In other areas, it’s habitat destruction. In cities like Toronto where pesticides are restricted – some bees appear to thrive. We’re learning that this is the case in some cities around the world, that urban areas can actually be hot spots for certain kinds of bees because of gardening and higher flower diversity. So what can those of us living in the city do to help save endangered wild bees?

Plant lots of flowers. Choose different colours and different sizes. Plant with diversity in mind and you will provide lots of food for bees at different times of the year. Reduce lawn mowing and leave in some of the small invading flowering plants. Also, leave bare spots in your garden. Also, a lot of the native bees here nest in little holes – so instead of cutting plant stems back after winter right down to the ground, cut them so they’re 15-20cm or more higher. If you do cut them down you can bundle them and set them up on a fence post – they’ll nest in those holes. If you do all of these things, tell your friends and neighbours about it and encourage them to pursue similar activities.

What are some of the factors about bee conservation that need improvement?

Often there is misinformation about which bees need saving. This is especially the case for those who promote keeping honeybees rather than supporting the needs of wild, native bees. Honeybees can be invasive species, out-competing wild native bees for food, when kept in large densities and in non-agricultural habitats like reserves, parks, and cities. New studies have even linked diseases transferred into wild bee populations. With urban beekeeping being promoted as a hobby, too many bee keepers might increase the spread of others pests and disease between colonies over large areas. Educating people that there are simple ways of helping native bees; keeping bee condos in a garden full of flowers, can be easier and ultimately more helpful for native wild bees.

This, as we all know, is a global problem. How are governments all over the world tackling this issue? What are some of the effective strategies that we can apply here?

Many different issues regarding pollinator health are being examined at different levels of government. Some regions are restricting the use of harmful pesticides like Neonicotinoids in an effort to reduce their impact on bees and other wildlife. Other efforts include incentives for habitat creation in agricultural areas and habitat conservation in natural areas.

More research into how to manage alternative (non-honeybee) pollinators is needed. Many solitary bees are extremely effective pollinators of all kinds of crops and in natural systems. For example mason bees are used to pollinate apple orchards and alfalfa (which dairy and beef cattle feed upon) is pollinated primarily by managed solitary leaf-cutter bees. Learning which bees are the most effective for pollinating different crops can lead to new discoveries and innovation in helping solitary bees.

Toronto was recently named as the first ever “Bee City” by Bee City Canada. Was the attitude towards saving the bees always this enthusiastic?

During my PhD, I used citizen science to investigate bee populations in Toronto urban gardens. At the beginning, the biggest question from people would be “How do I avoid being stung?” Today, the most common question is, “How do I help?” Toronto and the surrounding region is particularly bee-diverse with over 300 species – of which more than 90% are native – and so the city has always been a “bee city”! With the public increasingly engaged in helping with the plight of pollinators, neighbourhood-wide action to garden for wild bees has become more easily adopted. Industrial areas, city parks, community gardens, and even green roofs can be designed for bees. The City of Toronto has taken a step further in pledging support for wild bees, publishing the new book, The Bees of Toronto, available for free at all public libraries. Encouraging native pollinator habitat protection and best practices in city planning will ensure native bees continue to thrive in Toronto and other Canadian cities.