Carding controversy: U of T faculty members speak out 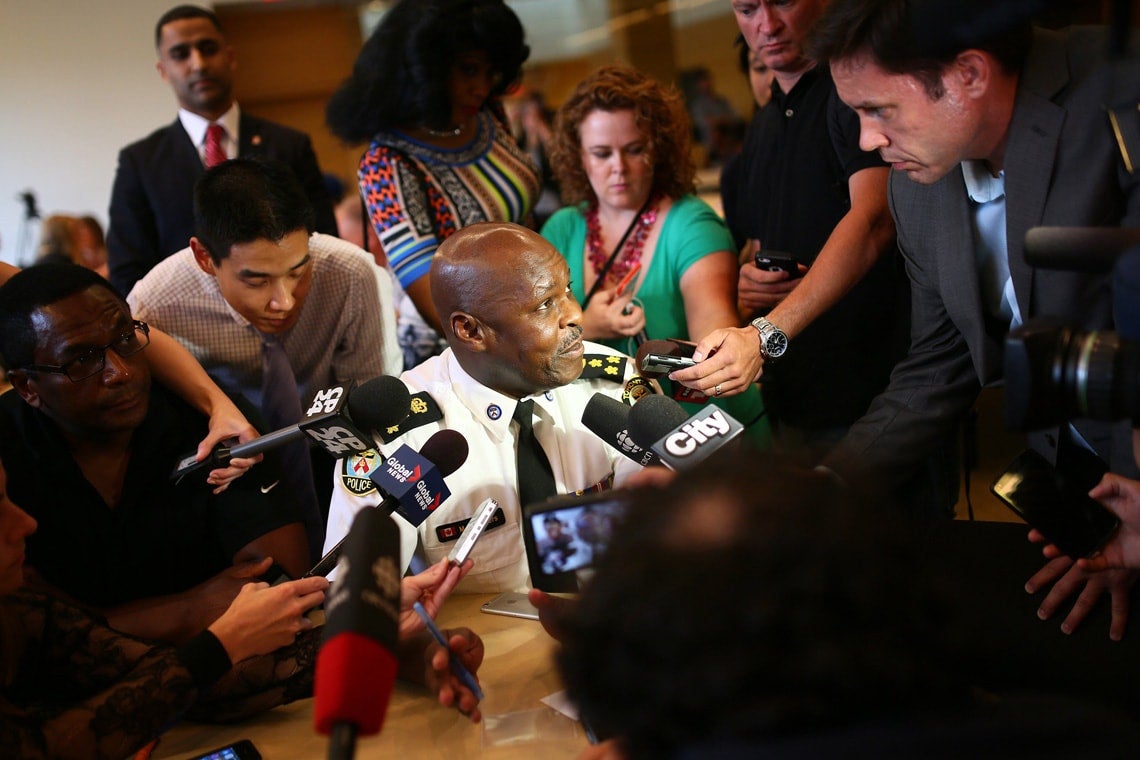 A group of leading Torontonians is calling for carding to be abolished and all data gathered through the practice to be destroyed.

The call comes in an open letter issued after the Toronto Police Services Board (TPSB) announced a new carding policy Nov. 17. That policy says police can still stop, question and document people – but not for being part of a racialized group.

The letter was authored by Rinaldo Walcott, an associate professor at the University of Toronto’s Ontario Institute for Studies in Education (OISE) and director of the Faculty of Arts & Science's Women and Gender Studies Institute, and author Dionne Brand, former poet laureate for Toronto.

“The decision by the TPSB represents a significant impact on the rights of Black, Indigenous, and Brown people, as well as homeless people and other marginalized people in our Toronto community,” the letter says.

It has been signed by 53 community members, from artists to academics – including U of T faculty members Alissa Trotz and Beverly Bain.

“Statistics tell us that Black men have been stopped at least four times in their lifetime repetitively, which is unknown for white men or any other category of racialized men,” says Bain.

A lecturer in women and gender studies at U of T Mississauga, Bain has been an anti-racism activist for over 30 years.

“It just seemed to be a practice that could not be justified,” President Gertler told The Globe and Mail earlier this year.

Toronto’s new carding policy states that police cannot approach anyone they deem suspicious because of race, but some police will still have access to data from previous incidents.

“We wanted to send an open message to young Black people that we are with them, that we know they are our cousins or nieces or younger brothers or sisters, and so on,” says Walcott.

“But most importantly, we felt that it was important that other members of the Toronto community know that Black people are not looking away. That for us, this is not business as usual, that the effects of carding and the ongoing debate about its legitimacy has been extremely difficult for Black people.”

Bain says it’s important to put pressure on the police, the city and the province.

“It was really critical for me to sign this letter because what we know is that carding is a violation of the person, of young Black men's right to be able to walk the streets safely without being profiled.”

U of T’s Factor-Inwentash Faculty of Social Work is also joining the conversation around carding. It’s sponsoring an event at OISE in partnership with the Urban Alliance on Race Relations that brings together legal experts and human rights advocates to discuss the current state of carding and how it affects communities in Toronto.

“The faculty believes that supporting this event and amplifying the voices of those on the panel will help illuminate further the role of social workers doing direct work and policy work with the persons and communities that experience this kind of discrimination.”