Cannabis and driving: Why you shouldn't do it and what research is still needed 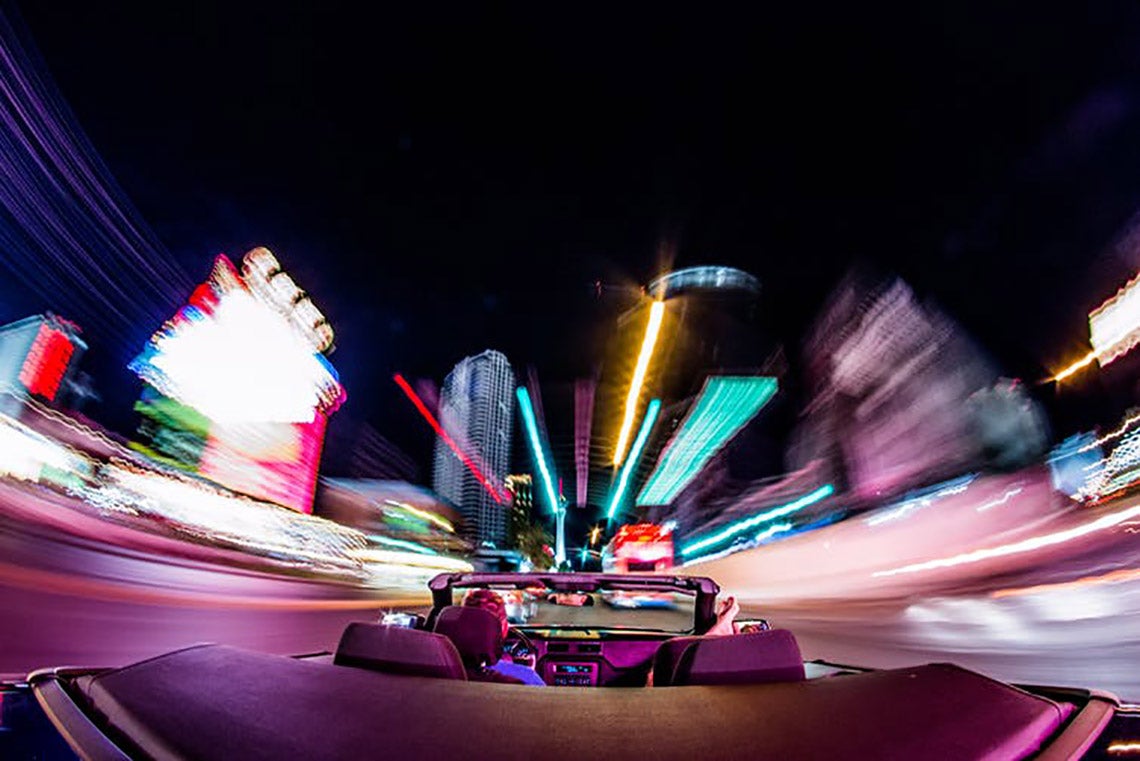 A variety of conditions affect our ability to drive, including poor sleep, some prescription medications and alcohol. Cannabis is another.

Many people use cannabis for medical reasons, for recreation purposes, or both. Figuring out whether someone should avoid driving can be tricky because of the variety of chemicals contained within the plant, the different ways people use cannabis and the fact that regular users can develop tolerance.

With Canada’s legalization of cannabis – and modifying its Criminal Code to cover drug-impaired driving – it’s important to figure out how to determine whether someone is impaired.

Cannabis on campus: U of T ramps up efforts to educate students, staff and faculty

At Toronto Rehab, we have the most advanced driving simulator in Canada – and we are testing people’s driving abilities after they have used various types of cannabis.

We use the iDAPT DriverLab to assess various conditions that affect driving performance, including cannabis use for both for medical and recreational purposes.

As of Oct. 17, it will be legal to consume marijuana in Canada. Edible forms still won’t be approved until the federal government can set rules on packaging, potency and health warnings.

Under Bill C-46, the federal government created new provisions in the Criminal Code of Canada, making it a criminal offence to drive impaired after using cannabis.

Cannabis is a plant that contains more than 500 chemicals. Two that are being used for medicinal purposes are delta-9-tetrahydrocannabinol, commonly known as THC, and cannabidiol, or CBD.

THC is the substance that gives the “high” or euphoria, while CBD reduces the psychoactive effects of THC. Both THC and CBD are used for medical purposes such as relieving pain from multiple sclerosis or nausea from chemotherapy.

Recent data from the Canadian Tobacco, Alcohol and Drugs Survey indicates that 12 per cent of Canadians aged 15 and older had used cannabis in the past 12 months. By comparison, the past-year use of other drugs, including crack, ecstasy, speed or methamphetamines, hallucinogens or heroin, was two per cent.

Some academics and policy makers speculate that more people will experiment with cannabis after it becomes legal, which means that more people who aren’t currently using the drug may get behind the wheel. A 2018 survey conducted by the Canadian Automobile Association showed that half of current cannabis users claimed they had driven while under the influence of cannabis.

The effects of cannabis in the brain are different from alcohol. It can affect attention, vigilance, perception of time and speed, and the use of knowledge.

Drivers under the influence of alcohol tend to drive faster and closer to the cars in front of them. But those under the effects of cannabis tend to have slower reaction times. They also drive at lower speeds and keep a larger distance from the car ahead.

The brain effects of cannabis also vary with how the drug is absorbed – via the lungs, digestive tract or the skin. The effects of smoked cannabis can be felt within minutes, while the effects after ingesting cannabis is only apparent after at least 30 minutes and last for hours.

The concentration of THC within the blood also determines the size of the effect. The more there is, the greater the detrimental effects.

Under the influence, or not?

So when it comes to cannabis and driving, how do you measure impairment?

THC levels can be detected using saliva, urine or blood. But the way cannabis is used – smoking or vapourizing, eating leaves (in brownies), drinking oils, using topical creams or taking pills containing synthetic cannabinoids – affect how quickly the drug enters the body and gets to the brain.

The inhaled forms of cannabis reach receptors in the brain within a few minutes and are able to produce the highest euphoric effects. Edibles have a delayed onset of action. Maximum THC blood levels occur between one and six hours later, and the effects that may last for up to 20 hours.

There are other questions also worth asking.

How long should someone wait, once they use cannabis, until they drive or work in a safety-sensitive job?

Is there a maximum level of THC that a person can reach until they are considered impaired? How can law enforcement professionals test drivers on the roadside, to determine impairment by cannabis? And finally, what happens when drivers mix alcohol with cannabis?

There are no definite answers to these questions.

The current recommendations from the evidence-based Canadian Lower-Risk Cannabis Use Guidelines say people should not drive for at least six hours after using cannabis. But the wait time can be longer depending on the user and the properties of the specific cannabis product used.

Police forces across the country have announced that they will start testing saliva THC levels when they suspect someone of cannabis-impaired driving.

For now, police officers are using the standardized field sobriety test – a series of roadside challenges, including the horizontal gaze nystagmus test, the walk-and-turn test and the one-legged stand test.

However, as there is no evidence that cannabis affects the same areas of the brain as alcohol, these tests may not reveal impairment or may downplay the degree of impairment.

Using the iDAPT Driver Lab, we plan to answer these questions and others, including whether, from a driving perspective, it is safer to treat pain with medical cannabis or opioids.

We’ll also test in-vehicle technologies and roadside devices to detect impairment, such as cognitive tests, as well as devices that can prevent accidents, such as forward and lateral collision mitigation systems.

Until then, it’s probably best not to toke and drive or to operate heavy machinery.

Andrea Furlan is an associate professor in the department of medicine at the University of Toronto.