Canadians don't believe AI and automation will affect their jobs, says U of T political scientist on BNN Bloomberg 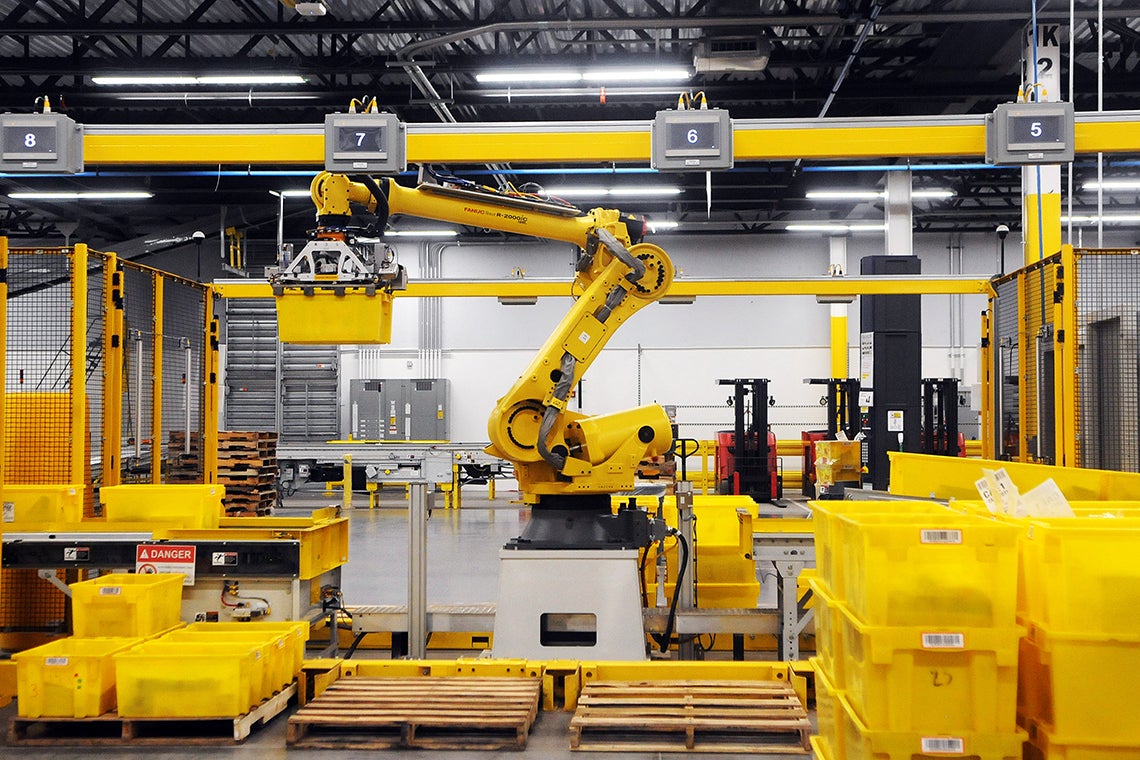 A robot picks up a tote containing products during the first public tour of the newest Amazon Robotics fulfillment centre on April 12 in the Lake Nona community of Orlando, Fla. (photo by NurPhoto/Getty Images)

Most Canadians don't believe their job will be affected by artificial intelligence and automation – and that could lead to profound implications for workers and government.

That's one of the takeaways of a new report for the Public Policy Forum, co-written by Peter Loewen, a professor in the Munk School of Global Affairs & Public Policy and the department of political science, and Benjamin Allen Stevens, a research associate at Munk.

The report surveyed nearly 2,000 Canadians in May and June of this year. More than half the respondents said they definitely didn't fear losing their job to AI and automation in the next five years. About a quarter of them were equally sure they won't lose their jobs after 25 years.

In an interview with BNN Bloomberg, Loewen says Canadians' expectations aren't realistic. “The main concern out of the report is that, because people aren't themselves aware of how exposed they are to automation and AI, they're not getting themselves ready” with re-training or education, he said.

And that, he argues, "really opens up the door to regressive or ineffective policies.”