Can life exist on a 'snowball' planet? New U of T research says yes 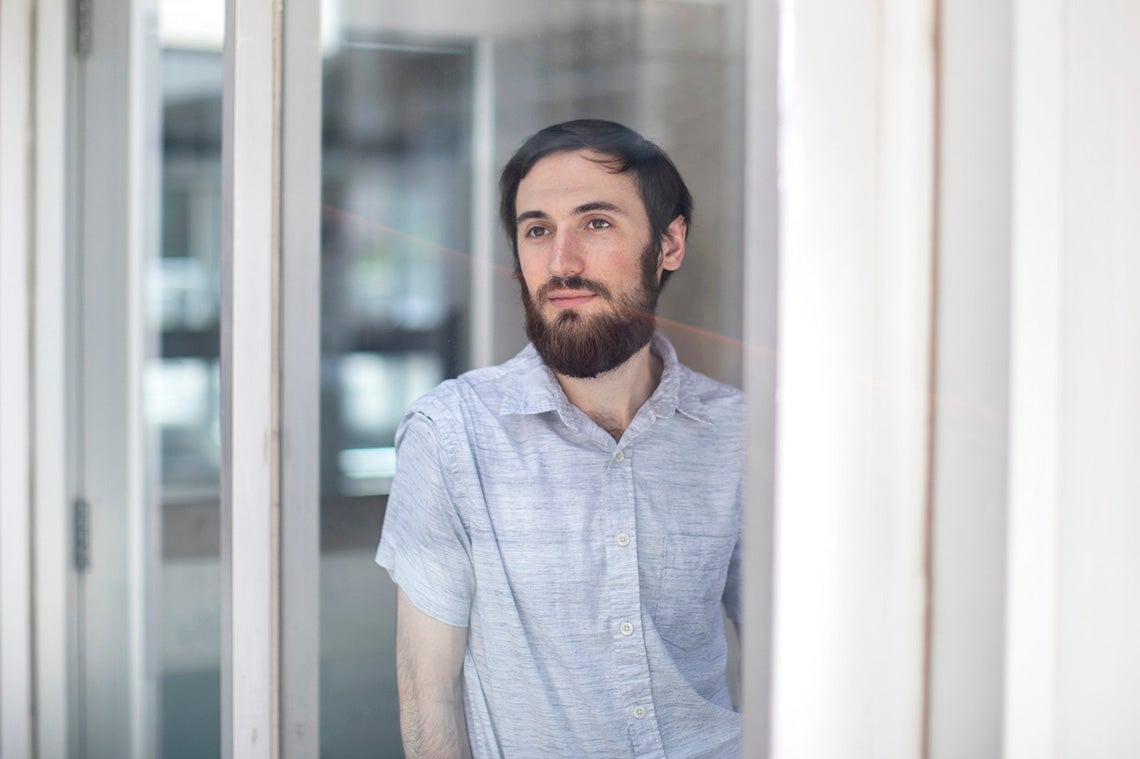 “What our research suggests is that snowball planets – that is, those with oceans that are completely covered in sea ice – shouldn’t be excluded as being inhospitable to life," says Adiv Paradise, lead author of the study (photo by Nick Iwanyshyn)

A new University of Toronto study is challenging the definition of what makes a planet hospitable to life, finding that “snowball” planets may harbour the necessary conditions.

“When we think of a habitable planet, we tend to imagine a relatively warm place like Earth,” says Adiv Paradise, a PhD candidate in the department of astronomy and astrophysics and lead author of the study.

“What our research suggests is that snowball planets – that is, those with oceans that are completely covered in sea ice – shouldn’t be excluded as being inhospitable to life.”

For the study, Paradise and his colleagues, including supervisor Kristen Menou, associate professor in the department of physical and environmental sciences at U of T Scarborough and the Centre for Planetary Sciences, ran thousands of three-dimensional computer simulations of planets in the inner habitable zone with Earth-like climates.

What they found is that if there are areas of dark, bare ground that receive enough sunlight, those regions can be warm enough for liquid water and life, without causing the ice to retreat.

“These planets may get a similar amount of light as Earth and the temperature will be above freezing, but unlike Earth, they are trapped in a snowball state where the rest of the planet remains frozen.”

According to geological evidence, Earth has entered into a snowball state at least twice. The most recent was about a billion years ago and it lasted for tens of millions of years.

What likely triggered Earth’s emergence from its snowball state was the large accumulation of carbon dioxide (CO2) in the atmosphere released mostly by volcanoes over millions of years. Once out of snowball, rain triggered by warming temperatures removed CO2 out of the air, where it was absorbed in rocks and soil. This balanced the CO2 being added by volcanoes and helped stabilize warm conditions globally.

“What we’re arguing here is that we shouldn’t write off snowball planets as being inhospitable to life,” Paradise says.

“Some of the habitable planets we discover are going to be quite different from ours in terms of weather and climate, so we should reconcile ourselves to that fact.”

The study, which is published in the journal Geophysical Research: Planets, received funding from Natural Sciences and Engineering Research Council of Canada (NSERC).

There’s no way to know what percentage of exoplanets (those outside our solar system) are in a snowball state. As Paradise points out, the only way to find out at the moment would be to physically observe them, which is impossible with current telescopes.

He says another lingering question is how much CO2 is on an average planet, and how volcanically active the average planet is compared to Earth.

As for what life on these snowball planets may look like, Paradise says it would most likely be aquatic. The Earth descended into a snowball state right after life first began to emerge, and it was entirely aquatic.

“With these snowball planets that we’re looking at, the ocean waters beneath the ice likely wouldn’t be radically different from the waters in the Arctic Ocean on Earth,” Paradise says.