Calling it a 'natural fit,' U of T librarian opts for familiar setting in debut mystery novel 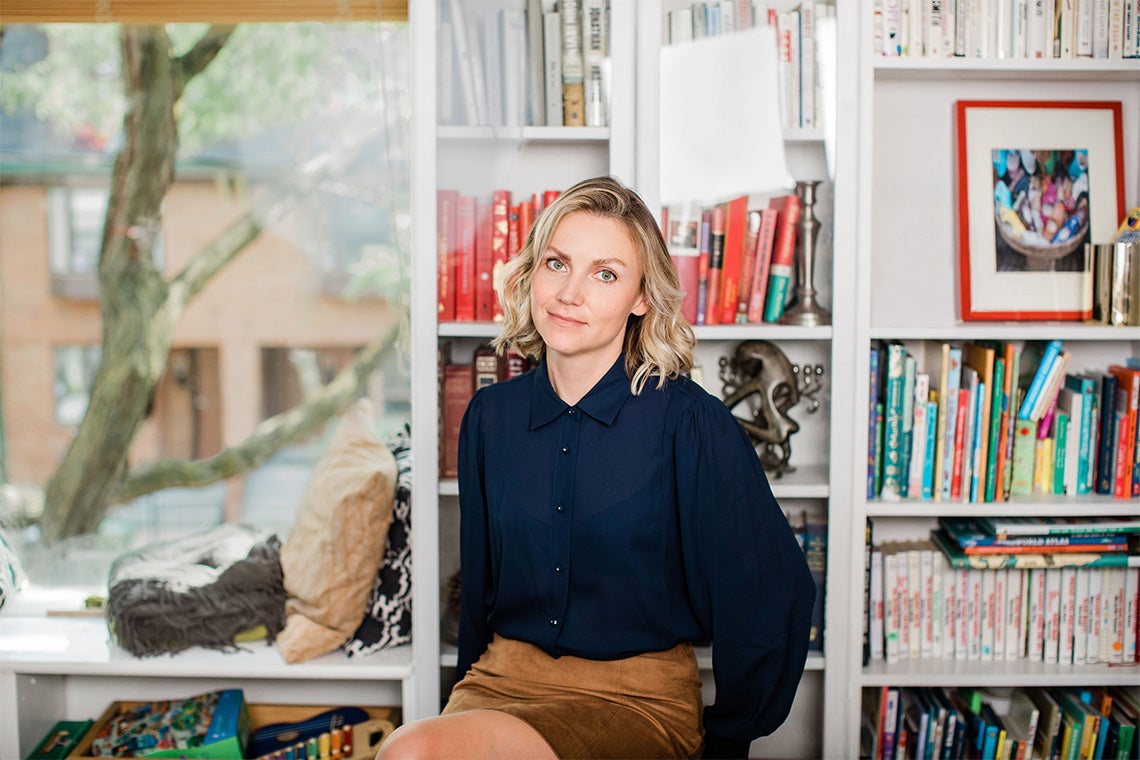 Eva’s Jurczyk, co-ordinator of humanities collections at Robarts Library, picked a university library as the setting for her novel The Department of Rare Books and Special Collections because it's a world she knows well (photo courtesy of Jurczyk)

For readers with ties to the University of Toronto, Eva Jurczyk’s debut mystery novel The Department of Rare Books and Special Collections offers more than a whodunnit to solve.

In addition to figuring out who is responsible for the precious manuscripts going missing from a major university’s library, readers can also try to guess where she might have drawn inspiration from her day job at U of T.

Was that rare book librarian who works on a campus in downtown Toronto really once a spy? Is a senior administrator really training for an iron man competition in real life? And would it truly be that easy to replace a precious manuscript with a forgery while surrounded by scholars and subject matter experts?

Jurczyk, who is the co-ordinator of humanities collections at Robarts Library, says she was told a that a previous unpublished novel was “‘too quiet,’ which was probably a really polite way of saying it was too boring.” So the alumna of the Faculty of Information set about looking for an environment and a plot line that would keep readers turning the pages.

She settled on the world of libraries – which is both popular among book readers and a subject she knows intimately – and a mystery format. 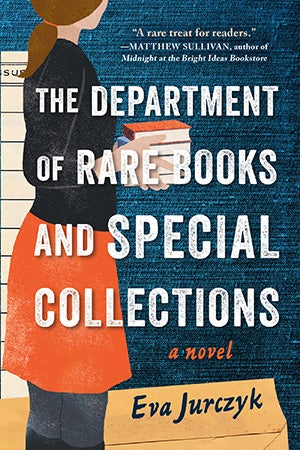 While she doesn’t work in rare books, she had been a student assistant at the Thomas Fisher Rare Book Library while completing her master’s degree in library and information science. And as someone who had always been interested in the tales of art forgery and rare book theft regularly as chronicled by magazines like The New Yorker and Vanity Fair, Jurczyk says she thought that such a plot would be a “natural fit” if she was going to use a library setting.

She researched the topic systematically to understand both the type of person who would steal rare books and the manuscripts themselves.

“The thieves are mostly men – often single men. And it’s almost always people on the inside. There’s the occasional ‘smash and grab’ job, but it’s rare. It’s almost never for money because these are things that are incredibly hard to resell. It’s usually somebody who’s just deeply passionate about this material and wants to keep it for himself,” says Jurczyk.

“Often, when the police do catch these people, they find the work has just been in someone’s apartment, under their bed or in their filing cabinet, and they just wanted it near them. And so that’s who steals it – just somebody who loves the work so much that they need to be near it.”

Those are exactly the type of people who surround Jurczyk’s fictional 60-something librarian sleuth Liesl Weiss, who, after decades in a background role, suddenly finds herself promoted into the job of her charismatic boss when he has a stroke. The mystery she needs to solve: Which one of her quirky colleagues is responsible for the missing manuscripts, a classic Agatha Christie-style plot.

The book, published in January, has proven a success so far. The virtual book tour drew plenty of readers and Jurczyk was thrilled to see her debut novel reviewed in the New York Times Book Review, a rare honour. “It was not only that they reviewed it, but they were very kind about it, which was a dream come true,” says Jurczyk, who has almost finished a non-mystery second novel.

As for the mystery of how many of the characters come from real life, the short answer is bits and pieces. Yes, Jurczyk has worked with vain colleagues and those who used Discmans long past their sell-by date. She “ratcheted up these small characteristics” in her novel, but, no, she’s never reported to a bicycle helmet-toting university executive who was training for an iron man competition and flexed his calf muscles in meetings.

“I can also say with a lot of confidence that I did not ever work with anyone that was stealing priceless manuscripts,” she says, a reminder to those who would believe otherwise that her book is indeed, as it’s billed, a work of fiction.