Bringing medieval theatre to life in Toronto: U of T students, faculty, grads and more 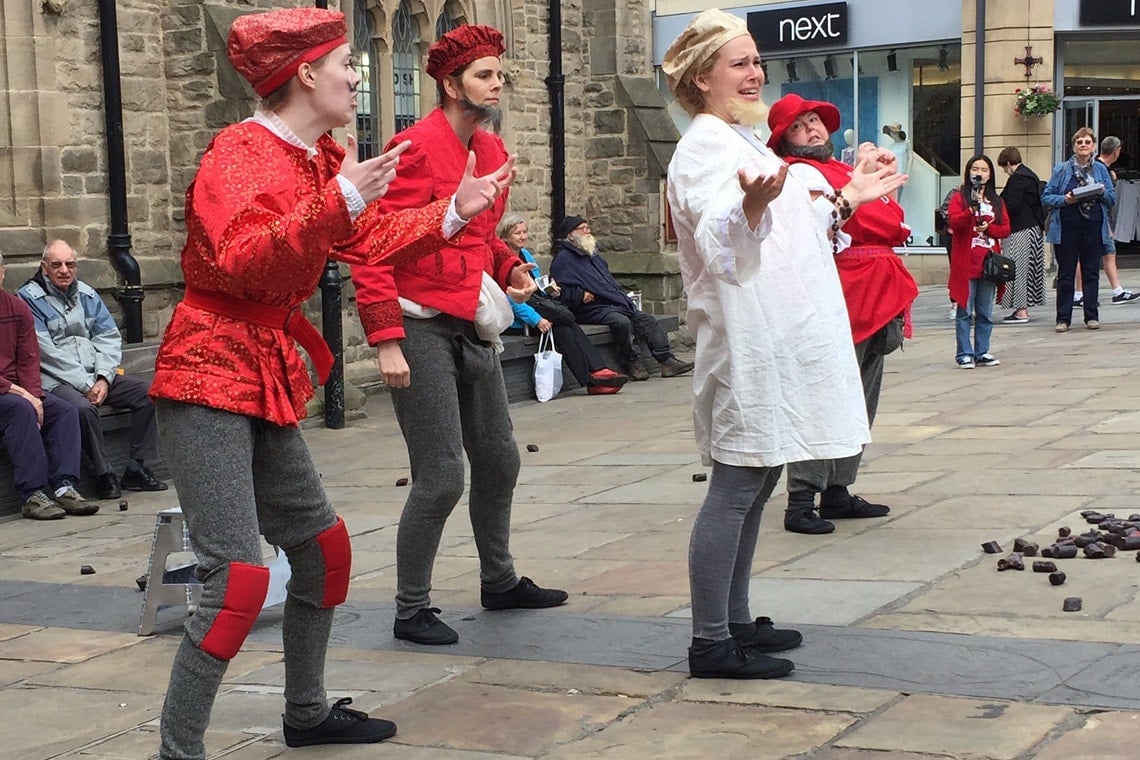 “As brilliant as Shakespeare is, he’s not a genre. I think what happens is that people like a version of the past that they feel they can get a handle on and stabilize so they link it all to one man.”

Matthew Sergi, an assistant professor of English at U of T, is on the board of directors of Poculi Ludique Societas (or “The Drinking and Gaming Society” when translated from Latin).

The group, which is affiliated with U of T's Centre for Drama, Theatre and Performance Studies, uses both research and performance to show how many brilliant scripts are overlooked when historical drama is considered synonymous for Shakespeare.

After a successful series of shows in the United Kingdom, the company has brought two productions – both directed by Sergi – back to the Majlis Art Garden in Toronto for two weekends.

The first play, circa 1464, is Mankind, and uses elaborate speech and bodily humour to tell the story of the frenzy that surrounds Mankind’s struggle to stay focused while he is being pulled in seemingly opposite directions by Mercy and Mischief who are personifications of the traits after which they are named.

Dated to the late 1300’s, The Pride of Life, is about King Life, whose own immorality hangs in the balance when he opts to spend time ‘living it up’ with his knights rather than heed to the Queen’s warnings about a potential new rival that has entered their kingdom.

Because only the first half of the original script of The Pride of Life was ever found, Sergi says that the productions involve audience input and each performance is “unpredictable.”

“It changes the tenor of how the production goes,” Sergi says. “The shows take on the shape of the audience so you get to learn about yourself and the people around you.”

Work on these two productions began one and a half years ago. The scripts have been translated into contemporary English but use medieval music, costume and design.

The cast features U of T student Cassidy Sadler and alumnae, Polly Phokeev and Tricia Postle, as well as Ara Glenn-Johanson, Heather Sanderson and Nicole Wilson.

Sergi says that it was a conscious effort to use cast and crew that combined Toronto-based talent from within and without the university community.

“Part of the responsibility of having the knowledge of historical drama is bringing them to new audiences outside of academia, and PLS is at the forefront of doing these medieval plays.”

While these performances are meant to challenge reductionist perspectives of the past, Sergi does not deny that the shows – and the manuscripts from which they were born – are still about having fun at their core.

“I want the audience to think of the past as a place that is freer and more creative than we sometimes think it was, but I also really want people to have a good time and laugh.”

All shows are free, accessible, and relaxed performances. 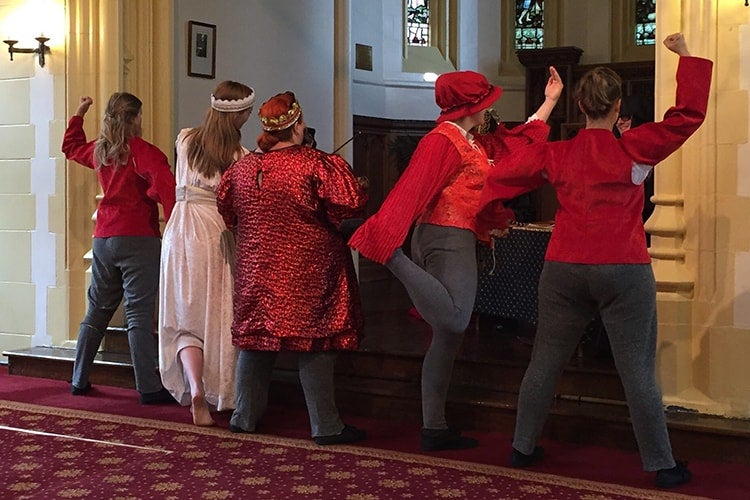