Breaking up the Old Boys club by elevating female coaches 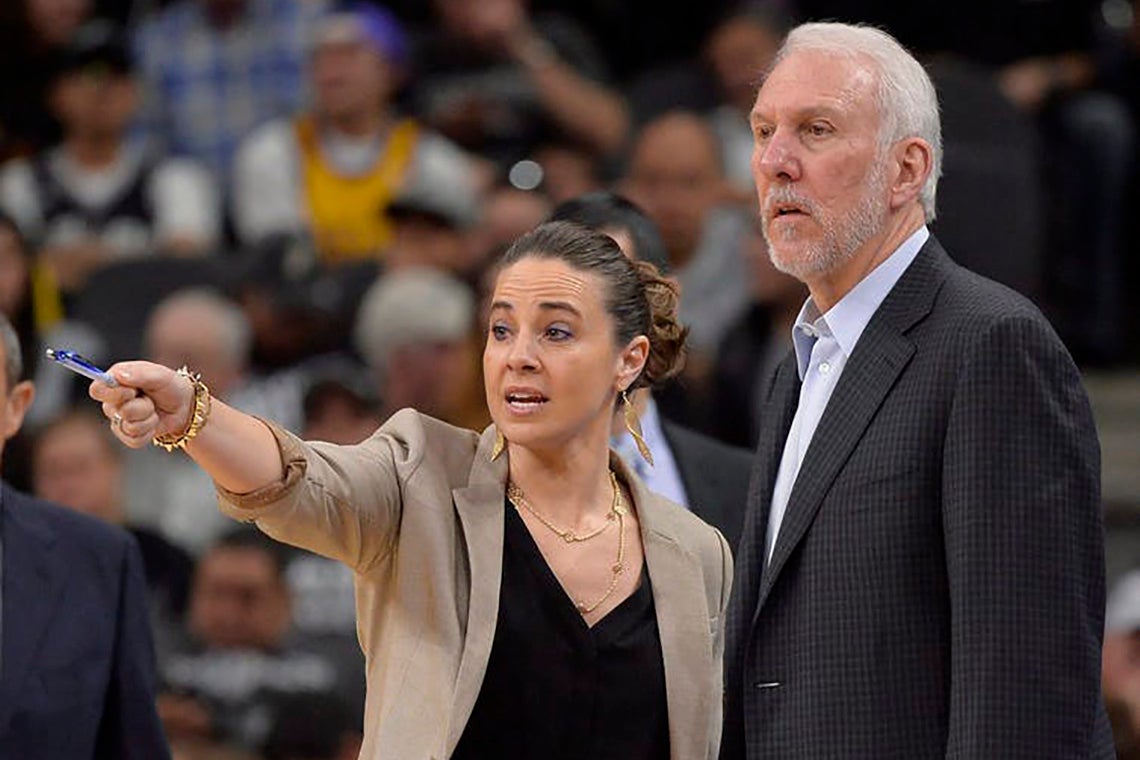 The federal government has a goal of achieving gender equity across all levels of sport by 2035.

Minister of Sport Kirsty Duncan announced the development of a Working Group on Gender Equity in Sport. In the group are experts, leaders and advocates for girls and women in sport and in coaching – Olympians Hayley Wickenheiser and Adam van Koeverden and former Canadian women’s soccer team head coach John Herdman are just a few of the high-profile members.

In Ontario, several coaching bodies and networks partnered with the province to launch Changing the Game – Changing the Conversation to recruit and support women coaches.

It’s time for leaders in athletic communities to not only celebrate women in coaching, but perhaps also to ask: what can I do to open the door for more women coaches? Then do it.

Why the low numbers?

An examination of the research, and my own experience as a former university coach and current community club coach, suggests there are multiple challenges that make it difficult for women to pursue coaching and to advance in coaching.

The Old Boys club presented by many sport organizations makes it challenging for young female coaches trying to enter coaching, as well as for those looking to advance through coaching ranks.

The vast majority of coaches, and those in leadership positions in sport, are men. Studies have shown that people have a tendency to hire from a position of similarity.

Women coaches may also face expectations about managing domestic labour and caregiving at home. The amount of time expected of women in those spheres can make the non-traditional work schedules associated with coaching challenging. Coaching often requires late nights and long weekends devoted to training, competition and travel.

Issues of harassment, low salary, stereotyping and being the token woman in a sport organization are also well-documented barriers, but women coaches are not the only ones who face these challenges.

My preliminary doctoral research shows that leaders in non-sport fields such as business and medicine believe sponsorship is responsible for improving the landscape of women in their fields.

Sponsorship, in this context, refers to mentorship but with added advocacy and personal investment in advancing a person’s career.

What makes sponsorship different from mentorship is that a sponsor must be in a senior-level position or a position of leadership with influence and decision-making power.

In mentoring relationships, mentors can sit at any level in a hierarchy of an organization. They serve as role models, provide emotional support and feedback on how to improve professionally. They help mentees learn to navigate corporate politics and to increase a sense of competence, and they have an overall focus on a mentee’s personal and professional development.

Sponsors use their position of influence to actively advocate for their mentee. They make sure they are considered for promising opportunities, expose them to people who might help advance their careers and ultimately fight to get them promoted.

Sponsorship is focused on advancement and predicated on power, which is exactly what women coaches need.

Providing sponsorship opportunities is arguably the most important consideration for advancing women’s careers in coaching.

In the corporate sector, through the pairing of exceptional executive women with experienced and senior level board members, the Canadian program Women on Board has appointed more than 100 women to corporate boards since it was established in 2007.

In my doctoral research looking at sponsorship in medicine, I examine how a now-established doctor credits senior-level men for tapping her on the shoulder when she was a junior doctor and encouraging her to apply for a leadership position. This process landed her the chief role at a major hospital in Toronto.

In coaching, we need more senior-level men and women to stick their necks out for exceptional and high-potential women coaches to recruit, retain and advance them in coaching.

As part of the education and development of women coaches, advocacy from those in powerful positions is key. We all have a part to play in advancing women coaches and shifting the culture of coaching.

Jenessa Banwell is a PhD candidate in the University of Toronto's Faculty of Kinesiology & Physical Education.