Boris Lysenko was an accomplished performer and an influential, beloved teacher 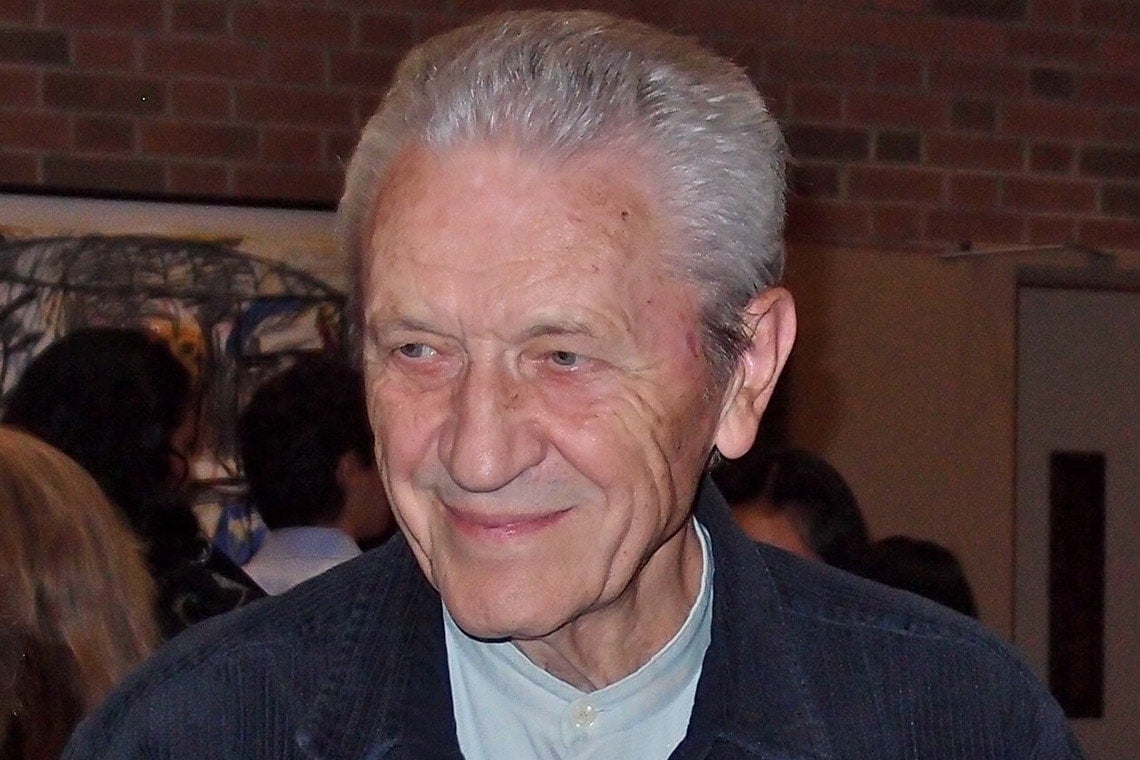 (photo courtesy of the Faculty of Music)

Boris Lysenko was a brilliant pianist and a riveting performer, but his greatest legacy was as a teacher, mentor and inspiration to dozens of musicians.

Lysenko, who died in August of a heart attack, spent three decades at the University of Toronto’s Faculty of Music, where he endeared himself to colleagues and students with his musicianship, gentlemanly manner, and love for the expressive nuance of performance.

“Boris was a great gentleman and fine artist,” says Don McLean, dean of the Faculty of Music. “[He] had a long and accomplished career as a performer, adjudicator and teacher, and will be deeply missed for his artistry and mentorship.”

One of Lysenko’s colleagues in the music faculty, Associate Professor Marietta Orlov, described him as a “very cultured man” and a “great pianist.”  She still recalls one splendid concert he gave back in the early 1980s. “I heard him play the Beethoven Sonata in C minor, Opus 111, and that was beautiful.”

Lysenko played in public frequently during the 1980s, often at the Royal Conservatory of Music or at Walker Court in the Art Gallery of Ontario.  A 1982 Toronto Star review of a performance described him as “a tall, handsome fellow, with a whitening leonine mane….He is not at the keyboard more than a few minutes before he reveals a strong streak of ferocity.” A Globe and Mail reviewer called him “an imaginative colourist with a powerful sound.”

While he was clearly a superb musician, Orlov says Lysenko also excelled as a teacher. “He was very, very loved and respected by his students.”

At first, many of those students were intimidated by fact that Lysenko had been a star teacher and performer in his native Russia and across Europe before coming to Canada. But that quickly evaporated as soon as they got to know him.

Cheryll Chung, now a pianist, conductor and artistic director of Toronto’s Cantabile Chamber Singers, says before she met Lysenko, “I was absolutely terrified of him.”  But the teacher’s warmth and generosity quickly relaxed her. “He opened the door with a big smile. He totally put me at ease. He was always so gracious.”

Lysenko was supportive and proud of his students, Chung says. “He led me to become more confident in my decision to want to conduct. He gave me a little push there. He always had a great, positive, open attitude about music-making.”

Kent McWilliams, music professor and associate dean of fine arts at St. Olaf College in Northfield, Minn., says his six years studying piano with Lysenko in the 1980s had a profound influence on his career. “He was extraordinarily modest and soft-spoken, but he brought this skill level at the piano that was second to none,” McWilliams says. “There is no possible way I could have proceeded down the path towards making a living in this field had I not had that relationship.”

Lysenko’s English was very rudimentary during the early years of his lessons, McWilliams says, “but he was able to demonstrate and make his point without too much use of language, just some basic nouns and verbs.”

To help, McWilliams bought a pocket Russian-English dictionary. “We’d pull that out if I wanted to ask a question or if he wanted to make a point.”

Lysenko was detailed, patient and thorough in his teaching, McWilliams says, describing his instructor as “a gentle spirit,” and “a refined European gentleman.”

Boris Lysenko was born in Leningrad (now Saint Petersburg), Russia, during the Soviet era. He attended the special music school for gifted children at the Leningrad State Conservatory, then when he was 15, he went to the acclaimed Berlin Hochschule für Musik, and studied with the famous German pianist, composer and teacher Richard Rossler.

Lysenko returned to the Leningrad Conservatory, where he earned a doctorate in piano, then stayed on for 20 years as a professor and teacher. He was eventually promoted to vice-president of the Conservatory, and chairman of the piano department.

During that period, Lysenko performed as a soloist across the Soviet Union and in other European countries, played with several Russian orchestras, and appeared on radio and television.

In 1980, he immigrated with his family to Canada. (His family members declined to speak for this article.) He began teaching at the University of Toronto in 1981. In 1986, he was made an adjunct professor in U of T’s Faculty of Music. He also taught at the Royal Conservatory of Music, and after the RCM created the Glenn Gould School in the late 1990s to teach professional performers, Lysenko became one of its piano instructors.

While he did not talk much to his students about his early life in the Soviet Union, his experience informed his playing, says SarahRose Black, who studied with Lysenko in the mid-2000s. “When he sat down at the piano you could hear the history of his intense training and his life as a performer,” she says. “The strength and tenacity of his musicianship was amazing.”

Black, now a music therapist who works with cancer patients and the terminally ill, says Lysenko’s perfectionist attitude towards music still influences her work. “The way he spoke about music, and the way he focused so intently on tone production, contributes to how I am with patients when I play music to them,” she said.

Lysenko taught her the value of paying attention to detail, Black says, but he also emphasized that the overriding goal was to create “the most beautiful sound you can produce.” He was “a quiet, gentle, yet highly demanding man.” Sometimes he would humorously criticize her playing as sounding like “jackhammers,” she says, then implore her to make it “light, like sunshine.”

Another of Lysenko’s former students from the late 1980s, Toronto concert pianist Jeanie Chung, says Lysenko had “a very quiet, dignified energy about him.” His approach to music inspires her to this day, she says.

He would push towards perfection, sometimes getting her to spend half an hour working on a few seconds of music “in order to capture what he thought was necessary.”

Lysenko was devoted, beyond mere passion, to the meaning of each piece, she says. “Our duty was to get to the essence, as deeply as possible, of the music. There was always more beauty to be found.”