Black Girls Magazine: U of T PhD student inspired to make a difference 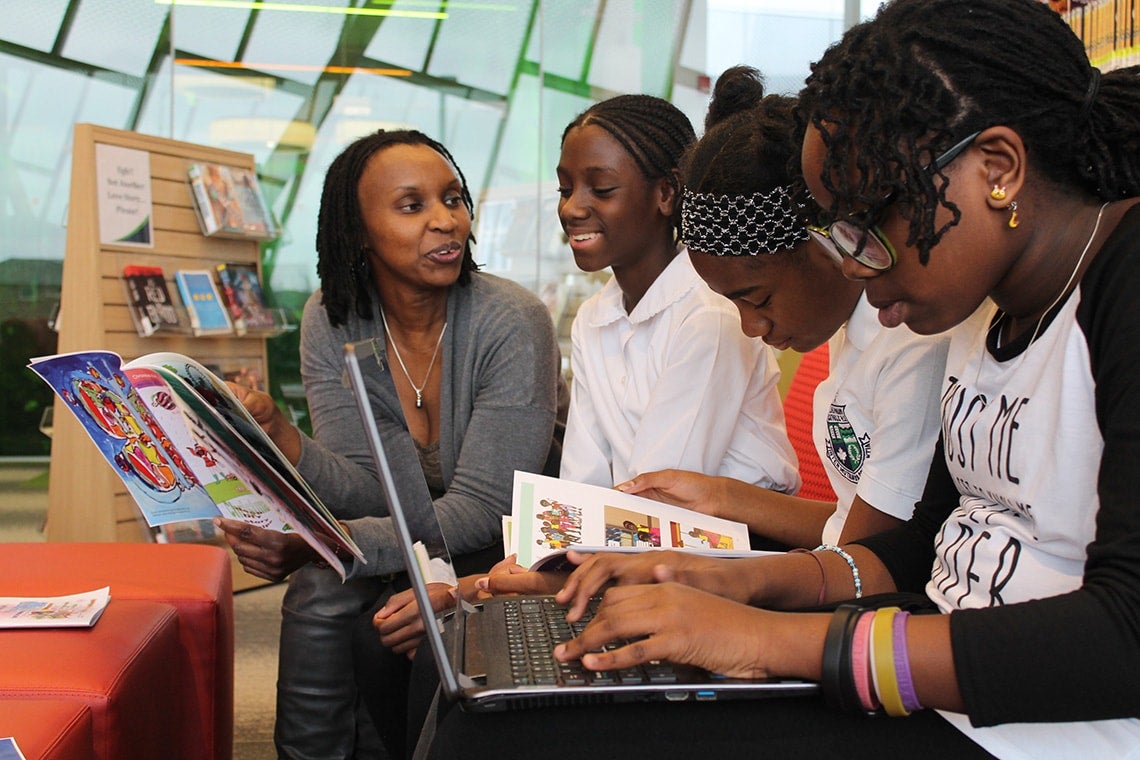 When Annette Bazira-Okafor, a PhD student at U of T's Ontario Institute for Studies in Education, saw the magazines and apps her daughter and her friends were using, she knew something was missing – representation of the girls themselves.

“They just are not there. The way they do their hair, their skin tone – it’s not represented,” she said.

“It sends a message that they’re not part of the norm. It’s not right,” she continued. “It’s important for them to have a voice.”

So, Bazira-Okafor decided to give them one.

One Friday evening, she got the girls together and asked them to share their experiences in written stories, images, cartoons – whichever way they wanted to express themselves.

The result was far beyond what Bazira-Okafor had ever dreamed.

“I just thought, ‘Why would we keep this [for ourselves] and not have other people look at it?’” she said.

And so, with that, Black Girls Magazine was born.

Using her own resources, Bazira-Okafor had the first issue printed.

It wasn’t long before word began to spread among friends and families. Soon after, schools and libraries too, wanted the magazine on their shelves.

“People loved it. They really embraced it. And I think that was really important for the girls to see – that their work was important, that they were important. It validated them,” Bazira-Okafor said.

Content in the magazine ranges from running for school council president to “weird questions people ask me about my hair,” to family trips abroad and a comic strip.

The girls say the chance to talk about their real-life experiences helps fight stereotypes of how black girls are often portrayed.

“At my school, there’s a lot of black people. But then the white people [at the school] always assume that black people live in the hood, and they’re all very poor,” said Morgan, 13. “So I feel like if we show that we’re something greater...then I feel that that will help us a lot in breaking the stereotype.”

In one issue, Taylor, 12, was inspired to write about her impressions of the Disney movie Queen of Katwe, a film about a Ugandan girl who becomes a top chess competitor.

“I love Black Girls Magazine because it represents us, and the things that we like to do,” Taylor said.

As for what inspired her to create the magazine, Bazira-Okafor said her studies at OISE have been empowering.

“It’s made me think about the world differently, and it gave me confidence to be able to boldly say what I want to say,” she said.